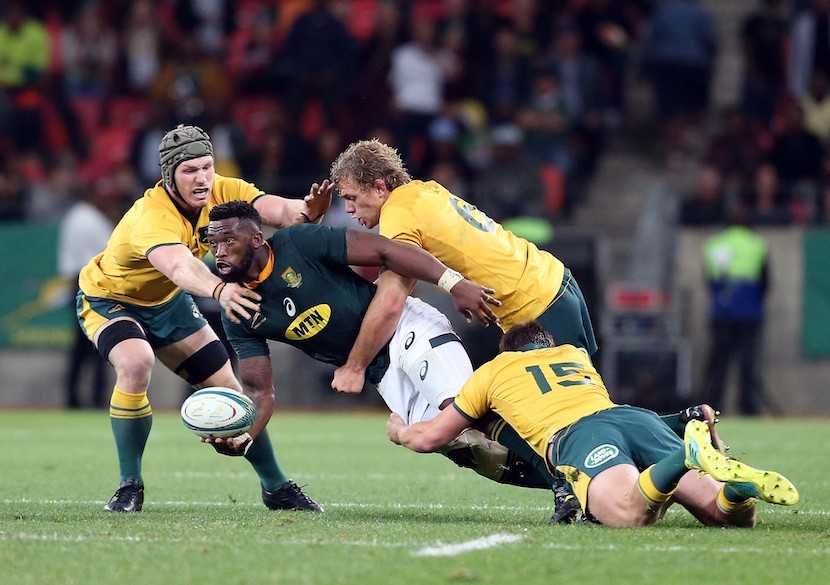 The faux racism row around the Bomb Squad and Makazole Mapimpi appears to have died down even if the loudest of the Twitterati will remain unmoved by the argument that context matters. It’s not clear how, if at all, the issue has affected the players. Head Coach Rassie Erasmus was asked about it in a news conference and Mapimpi himself attempted to clarify on social media why he didn’t join the Bomb Squad celebrations. But he may not have seen the varied range of replies, ranging from disbelieving to accepting his version of events, given that the Springboks have strict media guidelines. It would make sense to guard the players against seeing too much adverse and ignorant criticism on social media, the stock-in-trade of Twitter in particular. The focus is now on the final Pool B match against Canada and the run-on team selected by Erasmus means that every member of the Springbok squad will have started at least one World Cup match. It’s unlikely anyone is playing for a place in the team for the knockout stages of the competition, as Erasmus will have worked out those combinations already. It’s a case now of finishing off the job with a huge win. The match has an added importance for captain Siya Kolisi who needs as much game time as possible as he shakes off his injury concerns. South Africa is almost certain to finish in second place in Pool B behind New Zealand. It’s highly unlikely that they’ll lose to lowly Canada or that Italy will beat New Zealand to upset the final order. However, selecting South Africa’s quarterfinal opponents from Pool A is far from clear with Japan, Ireland and Scotland still involved in a big scrap for playoff berths. – David O’Sullivan

Siya Kolisi will lead out the Springboks for the second time in five days on Tuesday – and he’s delighted to have regained full fitness to be able to do it.

“Physically I feel good,” he said on the eve of the Springboks’ final Pool B match against Canada in the port city of Kobe.

“My body feels good and I’m really glad to get more minutes. I’ve been injured for quite a bit but the form is getting better and better and 100 percent I prefer to play – it just feels better.

“Sometimes a break is good but at my union we never come off a break very well so I just prefer playing the whole time.

“I put a lot of pressure on myself and I expect a lot of myself and I’m always looking for work on the field – to do a bit more – because the guys are doing well and it’s contagious. My fitness levels have got back up so hopefully I can do better again tomorrow.”

Kolisi will form a new backrow with Kwagga Smith and Francois Louw, with the latter excited about the prospect of finding some chemistry.

“I think we’re all essentially No 6s so it’s an interesting combination! These days I find myself playing at No 8 quite a lot which is a role I also really enjoy.

“They both bring a dynamic game; I’ve played a lot of rugby with Siya over my career so I know what he is all about; not so much with Kwagga, but I’m very pleased for him that he has made the step up into the Springbok side and established himself.

“He is a tough player, a Springbok Sevens player so he brings a different dynamic to the back row. He is good in the loose play but also likes to get stuck into the tight stuff.

“I’m sure we’ll complement each other where we can and make up for others’ weaknesses where they are and hopefully put together a good performance.”

The Springboks are heavily favoured to beat Canada and advance to the play off stages of the competition with Kolisi reflecting the on the honour of leading South Africa.

“I’m really honoured and it’s a huge privilege for me to be Springbok captain,” he said, “but it has been all work so far and I’ve not had a moment to sit and think about it too much.

“But I know what it means to me and my family and I’m really proud but I’m also really grateful to the guys that I have around me to help me out.

“Captaincy for me is not specifically an individual’s job – if you’ve got great leaders around you, why not use them? I know that there’s going to be tough calls – and I will make them – but I always get help if I need help.

“That’s the way I do things because I don’t believe I know everything. After the tournament is done I’ll probably have a sit and think about it, but for now there’s a job to do and that’s what I’m focusing on.”