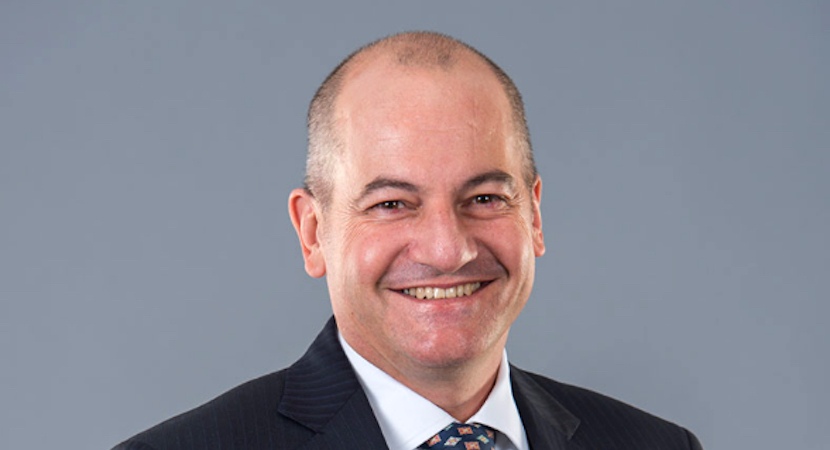 EDINBURGH — Eric Wood, who calls himself South Africa’s greatest trader, is fighting to keep money that his company, Trillian, siphoned out of Eskom together with consultancy McKinsey. Wood is a former business partner of Gupta right-hand man Salim Essa, with Essa’s Trillian Holdings selling to Wood in 2017. Eric Wood’s name has appeared on a list of global moneylaunderers that has been handed in to political leaders and the authorities in the UK and Europe. Wood is also believed to have benefited from currency trades on inside information in December 2015 that Jacob Zuma was about to axe the finance minister at the time, Nhlanhla Nene – a decision that sent the rand into freefall. Now Eric Wood would like South Africans to feel sorry for him. His Trillian employees have deserted him and he is grumbling about the paperwork he has to work through as he puts up a fight to keep R600m that Eskom wants back. This article, by Jessica Bezuidenhout, first appeared on the Daily Maverick website. – Jackie Cameron

“I am the only person who remains in the employ of Trillian. One could colloquially term me the last man standing.”

Wood made these concessions as part of a desperate plea in an application to buy more time to tackle Eskom claims of corruption and malfeasance against him and his company “head on”.

His application for late filing of a supplementary affidavit came at the start of Eskom’s case to set aside decisions that led to nearly R1.6bn in payments to Trillian and McKinsey at the High Court in Pretoria on Wednesday morning.

The parastatal deems this nothing but an alleged ploy to delay the case.

Global consulting firm Mckinsey is not opposing the application and it has paid back its portion, an amount of just short of R1bn, thereby staving off civil asset forfeiture proceedings by the National Prosecuting Authority.

Now left to face the music alone, Wood argues that he has been confronted with “dense new matter” in additional paperwork from Eskom as the embattled power utility seeks to bolster its case for repayment from his company.

As a result, he says, he has endured a lonely struggle to dig up the relevant records and information from former staff who were at the coalface of the work on two sub-contracts Trillian performed as McKinsey’s BBBEE partner.

Eskom wants to invalidate the Master Service Agreement it had with McKinsey and subsequent Board decisions that led to cancellation of the contract and the payments. In part, because senior Eskom officials allegedly colluded to benefit Trillian.

Trillian, which received alleged irregular payments totalling R595m even though it never had a contract with Eskom, nor with McKinsey as it had failed a risk audit by the global consulting firm, is putting up a firm fight.

It says it had a “partly oral, partly tacit, partly written” agreement to be McKinsey’s sub-contractor on various Eskom projects.

Wood wants to submit additional responses to Eskom’s further claims which he says have far-reaching implications for him but that he needs more time to enable him to tackle those claims “head on”.

Claims Wood: “The great majority who have relevant information, have deserted me and I have been doing my utmost to access documents to defend the unfounded allegations.”

He maintains that payments to Trillian were justified and that Eskom has no right to claim them back.

“I set out much detail of the work that Trillian did, I hardly expected the applicant (Eskom) to respond with wholesale allegations of fraud and deceit founded on allegations that no work was done and that Eskom received no value.”

Referring to a new affidavit by Eskom CEO Phakamani Hadebe, which dismissed some of his responses to Eskom’s case as mere hearsay because they contain no corroborating affidavits from former Trillian staff, Wood says: “These allegations of Mr Hadebe are extremely serious. They suggest that I am a liar or at least that I have sought deliberately to withhold important information that would assist this Court in deciding this matter. I deny this.”

Eskom has dismissed Wood’s desperate plea, firstly because he waited until 48 hours before the start of the hearing to slip in extra explanations for the payments, and furthermore, because it is an alleged continuance of “obstructive and dilatory” conduct on his part to delay finalisation of the case.

Jan Oberholzer, the parastatal’s Chief Operating Officer, said Wood had six weeks to respond to Hadebe’s latest affidavit yet, by his own admission, he and his “large team of lawyers” failed to study the document more “expeditiously”.

The company has no new evidence to submit, has “dismally failed” to prove the existence of a contract nexus between Trillian and Eskom which may justify the retention of any of the cash paid to it,” Oberholzer said.

“Its conduct in the litigation, coupled with the massive profits generated at the expense of the taxpayer, which is yet to be justified by reference to the fraudulent invoices submitted to Eskom by Trillian, show overwhelmingly that Trillian was acting in bad faith,” Oberholzer said.

After hearing argument on Wednesday morning, the court allowed Trillian to submit the additional affidavit. While Eskom was ready to proceed with the main application, Trillian still had outstanding documents resulting in the case being postponed until March 2019.

Wood started Trillian, the boutique financial advisory services company caught up in the State Capture scandal in March 2016 and swiftly built up huge income from both Eskom and Transnet, allegedly courtesy of his Gupta ties.

The Public Protector’s State of Capture report detailed how companies in the Trillian stable coughed up more than R200m to help the Gupta family to buy Optimum Coal.

Gupta kingpin Salim Essa was a 60% shareholder in Trillian until July last year when senior advocate Geoff Budlender released a damning investigative report into the company.

The report covered Trillian’s work with parastatals, that Wood allegedly had prior knowledge that former president Jacob Zuma was going to fire the country’s then finance minister, Nhlanhla Nene, in December 2015 – and how his company had planned to cash in on this information.

The company’s early success was crushed in October 2016 when former Trillian Financial Advisory CEO, Mosilo Mothepu, commonly referred to as the Nene-gate whistle-blower, lifted the lid on the company’s Gupta ties and its substantial bills to Transnet and Eskom, in some cases where no work was done by Trillian.

When she went to the Commission for Conciliation, Mediation and Arbitration (CCMA) to tackle the company for constructive dismissal, Wood retaliated with a crippling legal onslaught that included an attempt to claim back a R500,000 sign-on bonus and a string of criminal complaints relating to her disclosures.

The NPA declined to prosecute her earlier this year when it confirmed there was no prospect of a winnable case against her.

Wood’s companies face a separate lawsuit from Transnet for just over R130m.

Eskom’s R600m claim against Trillian is but a drop in the ocean for the cash-strapped parastatal which is battling to keep the lights on amid claims of coal shortages.

On Wednesday morning, Business Day reported that it seeks to have government absorb some R100bn in debt as part of measures to turn the tide. DM