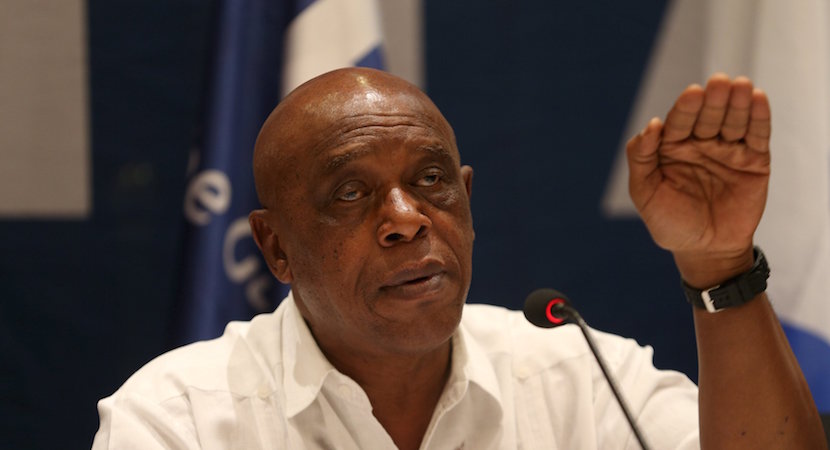 Who stood to benefit from Nenegate – the weekend reshuffle of finance ministers that led to a dramatic plunge in the value of the South African rand in December? That’s been the big question on many people’s lips for nearly a year. This weekend, the name of Trillian Capital Partners emerged in the Sunday Times newspaper after a whistleblower filed a report to former Public Prosecutor Thuli Madonsela that key employees knew what was about to unfold. In addition, the company was on standby to benefit from state contracts. The company says the Sunday Times report contains falsehoods and that it had needed more time to respond to a reporter’s questions before the newspaper went to print. It has also moved to call into question the motives of the individual who reported the allegations to the public protector’s office. More details are likely to unfold this week as Trillian Capital Partners fights for its reputation. Trillian Capital Partners, founded as recently as 2010, has as its chairman one of South Africa’s wealthiest business players, Tokyo Sexwale – an ANC veteran who spent time on Robben Island with Nelson Mandela. Although Trillian Capital punts its black economic empowerment credentials on its website, its executive management appear to be largely from other “racial” groups. – Jackie Cameron

Johannesburg – Financial consulting group Trillian Capital Partners has hit back at a report about the company allegedly being privy to the axing of former Finance Minister Nhlanhla Nene weeks before it happened.

The Sunday Times reported that an affidavit given to former Public Protector Thuli Madonsela by an anonymous ‘whistleblower’, who used to be a former CEO of a business unit at Johannesburg headquartered Trillian Capital Partners, contains the allegation.

“26th October 2015, I was informed by my direct line manager, Eric Wood at Regiments Capital that the President of the Republic of South Africa was going to replace Finance Minister Nhlanhla Nene,” the whistleblower reportedly wrote in her affidavit, according to the Sunday Times report.

The whistleblower further reportedly said in the affidavit that on December 9 2015, Wood told her that her former colleague, Mohammed Bobat, would be appointed special adviser to Nene’s replacement Des van Rooyen. Amid a market backlash, the ANC pressured President Jacob Zuma to replace Van Rooyen with Pravin Gordhan.

Meanwhile, Bobat was a principal at Regiments Capital in the management consulting division and reported directly to Wood, according to the whistleblower.

Bobat was then expected to “channel all tenders from National Treasury and State Owned Companies” to a team of experts that would include expertise from Trillian Capital, the whistleblower said.

Bobat, though, denied the whistleblower’s claims. Wood, who is now CEO of Trillian Capital Partners, also denied all allegations by the whistleblower and described her as a “disaffected employee” and fraudster who has stolen confidential company information.

The Sunday Times reported that Trillian Capital Partners has links to the controversial Gupta family.

The likes of the amaBhungane Centre for Investigative Journalism also reported in August this year that Trillian Capital Partners, which forms part of the Trillian group, is 60% held by Trillian Holdings while its sole director Salim Essa, is said to be a close Gupta associate.

But in a statement on Sunday, Trillian Capital denied it was linked to the Guptas.

“The Gupta family has no shareholding or other interest whatsoever in Trillian Holdings,” said the company.

“It [the Gupta family] has no link to Trillian Holdings or to any of the other constituent members of the Trillian group of companies,” Trillian added.

The company, as part of its statement, further challenged the veracity of the Sunday Times report.

“The insinuations and claims that Trillian Capital Partners and its Chief Executive Officer, Dr Eric Wood, are somehow party to the activity that has recently enjoyed many print columns and has been styled ‘state capture’ are quite simply untrue,” said Trillian in its statement.

“Those wild and unsubstantiated allegations have extremely damaging repercussions for the reputation of an emerging and growing black-owned Financial Services Group and to that of Dr Wood,” added the company.

While Trillian Capital hit back at the Sunday Times report in its statement, the company didn’t directly respond to claims over alleged deals with SA Express and Transnet in the report.

The Sunday Times reported that the whistleblower said that Trillian won a R5m deal for a capital raising transaction for SA Express that allegedly never went through.

Meanwhile, the company also stands accused of invoicing Transnet R10m for work that “could not have taken place”, according to the report. – Fin24

Trillian Capital Partners hereby makes it known that the allegations contained in the report that appeared in The Sunday Times today, Sunday, 23 October 2016, under the title “The dark heart of state capture” are, as far as Trillian Capital are concerned, factually incorrect, grossly misleading and indeed sensationalist. The report demonstrates poor and unprincipled journalism on the newspaper’s part.

Trillian Capital Partners furthermore places on record that it takes serious issue with the contents and tenor of the report. The insinuations and claims that Trillian Capital Partners and its Chief Executive Officer, Dr Eric Wood, are somehow party to the activity that has recently enjoyed many print columns and has been styled “state capture” are quite simply untrue. Those wild and unsubstantiated allegations have extremely damaging repercussions for the reputation of an emerging and growing black-owned Financial Services Group and to that of Dr Wood.

As was conveyed to The Sunday Times before the report in question went to print:

The Gupta family has no shareholding or other interest whatsoever in Trillian Holdings. It has no link to Trillian Holdings or to any of the other constituent members of the Trillian group of companies. The shareholders’ register of Trillian Holdings was provided to The Sunday Times senior journalist, Mr Sabelo Skiti. However, he chose not to include this fact in the report.

In fact, while, in the course of Saturday, 22 October 2016, Trillian met with Mr Skiti to disabuse his newspaper of a number of fundamental misapprehensions under which it laboured, the account in question to which Trillian was asked to respond was sent to it only at 20:21 on Friday, 21 October 2016. Despite repeated requests to that end, The Sunday Times refused to give Trillian sufficient time to answer.

In the course of Saturday, 22 October 2016, the newspaper was told in no uncertain terms that Trillian needed more time to answer fully and properly, including locating documents relevant to the allegations and even to obtain affidavits. The newspaper gave an initial deadline of 14:00 on Saturday, which it later extended to an undefined time. In circumstance where the newspaper would have gone to print later on Saturday, this could never be a reasonable time. In effect, The Sunday Times ambushed Trillian. There is no reason for the report to have appeared today rather than next Sunday, by when Trillian would have had a reasonable time and would have answered fully, as it indicated to the newspaper.

In its e-mail message of 20:21 on Friday, 21 October 2016, The Sunday Times indicated to Trillian Capital Partners that Ms Mosilo Mothepu had made the allegations in question against it, to whom the report refers as a “whistleblower”. Trillian made it clear that Ms Mothepu is a disgruntled former employee, who, therefore, cannot be a whistleblower in the legal sense of the word or enjoy the protection of the Protected Disclosures Act, and that her account contains a web of falsehoods. Ms Mothepu has, in fact, committed a number of criminal offences and, as Trillian told the newspaper, a criminal prosecution will shortly ensue.

What is more, it has subsequently come to the attention of Trillian that, while in its employ, Ms Mothepu was (without disclosing this fact) a shareholder and a director of a company competing with Trillian.

We reiterate that we indicated to the newspaper that Trillian Capital Partners is able to provide a full and complete answer to the account of Ms Mothepu but that it needed a reasonable time to do so. The newspaper chose to ignore that plea.

Trillian Capital Partners is satisfied that its considered response would have made the report, were it written fairly, a very different one to the one indeed published today. Accordingly, while Trillian wanted to be as co-operative as possible and while there are full answers to the account of Ms Mothepu, who, we repeat, is a disgruntled ex-employee, we could not provide that full answer on such unreasonably short notice.

The Sunday Times chose to ignore our commitment to provide them with all the information required within four business days. We are convinced that its actions in this regard are a neatly crafted attempt on their part to ambush Trillian.

The unfair and unreasonable actions of The Sunday Times leads us to believe that it was its intention to publish the story whatever the facts that Trillian provided to it. It seems that it had no intention of properly testing the veracity of the source or the motive that impelled her utterances.

The Sunday Times thus chose to publish an article that is highly defamatory in nature, in which raw and untested allegations are printed as fact without even a basic attempt to ascertain and confirm them.
The public interest requires that something other than the publishing at great speed of sensationalist and unfounded material, where the subjects have not had the chance to give their full and considered account.

Trillian reserves its legal rights in this regard.

Trillian reiterates that it is confident that as far as its actions are concerned, all due processes were followed and that it delivered high-quality work and value to all its clients. The company continues to conduct its business in keeping with the highest standards of corporate governance and service delivery, and will continue do so.