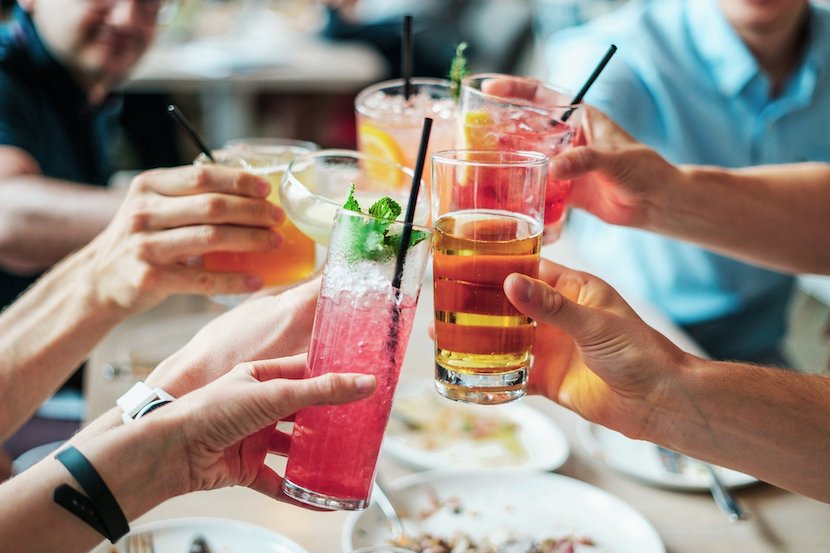 The alcohol ban has faced criticism from restaurants and other businesses dependent on booze sales. Hospital pressures due to the virus have eased, according to South African Medical Research Council specialists. And while the alcohol ban continues, reports say the underground market is accessible, but expensive. Now, Bloomberg reports that SA’s alcohol ban has put billion-rand investment projects on hold, all while Pick n Pay has taken a serious half-year-earnings hit because of it. The news is a blow to President Cyril Ramaphosa’s drive to lure $100 billion in new investment to the country by the end of 2023. So what’s next? For now the industry wants a timeline, with SAMRC saying the ban could be lifted in the next few weeks. – Nadim Nyker

By Monique Vanek and Janice Kew

The announcements are a blow to President Cyril Ramaphosa’s drive to lure $100 billion in new investment to the country by the end of 2023. His administration is facing increasingly vocal criticism over the ban on liquor sales, which the government says it introduced to curb hospital admissions while it fights the coronavirus pandemic.

Pick n Pay Stores Ltd. Chairman Gareth Ackerman said at the grocer’s annual general meeting on Tuesday that the alcohol prohibition, as well as a ban on the tobacco trade, have hurt sales and cash flow.

“The government has on several occasions reassured us that they are listening and consulting, but we see little evidence of this,” he said. “We need government to take us into their confidence when it comes to decisions that affect us all.”

South Africa is among a handful of countries globally that outlawed alcohol as part of an effort to curb the spread of Covid-19. The ban, initially imposed from March 27 to the end of June and then reinstated in July, has cost the industry about 117,000 jobs, according to manufacturers.

The bans have come with “no explanation as to why South Africa is right and so many other countries are wrong,” Ackerman said “What explanations we have been given have been confusing and contradictory. And, sadly, everyone knows that tobacco and liquor remain readily available through the black market.”

Government data shows the alcohol moratorium cost the government 5.46 billion rand in lost revenue in the first three months of the financial year, compared with 2019-20. 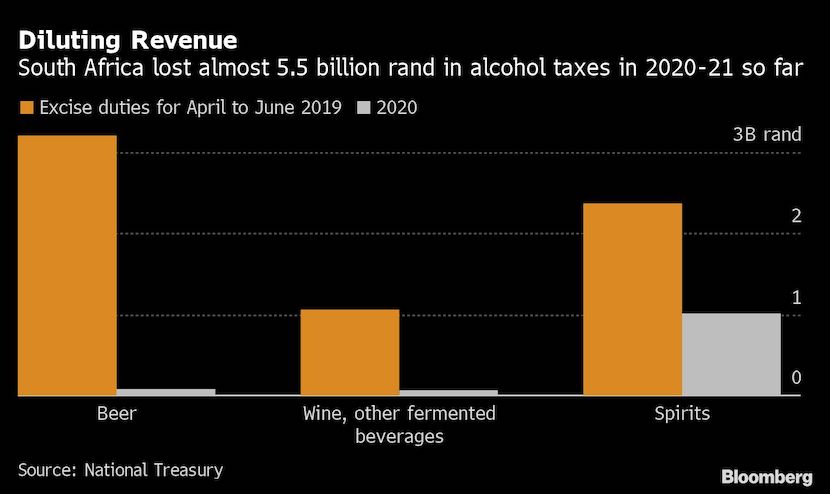 The ban on sales has led to “significant operating uncertainty,” SAB Vice President of Finance Andrew Murray said in a statement. The investments that were being considered included upgrades to operating facilities and systems, as well as the installation of new equipment.

Consol, the biggest glass manufacturer in Africa, said the alcoholic-beverage industry accounts for about 85% of sales in the glass-packaging industry. Consumption at restaurants and other hospitality venues — also barred under the government moratorium — comprises about 55% of alcohol consumption volumes.

Read also: Booze ban spotlights how NHI would treat symptom, not cause

“The combined effect of Covid-19, the current alcohol ban, ongoing restrictions on on-premise consumption, and lost compound growth will see the South African glass industry decline by an estimated 15% over the next 12 months,” it said.

The 76-year-old company had warned in May that it may be forced to shut some of its furnaces, which cost 8 million rand a day to keep running, unless the ban was lifted. That would mean a six- to eight-month wait to restart and require international expertise to fire them up again, it said.

(Updates with additional investment being canceled starting from first paragraph)

–With assistance from Paul Richardson.