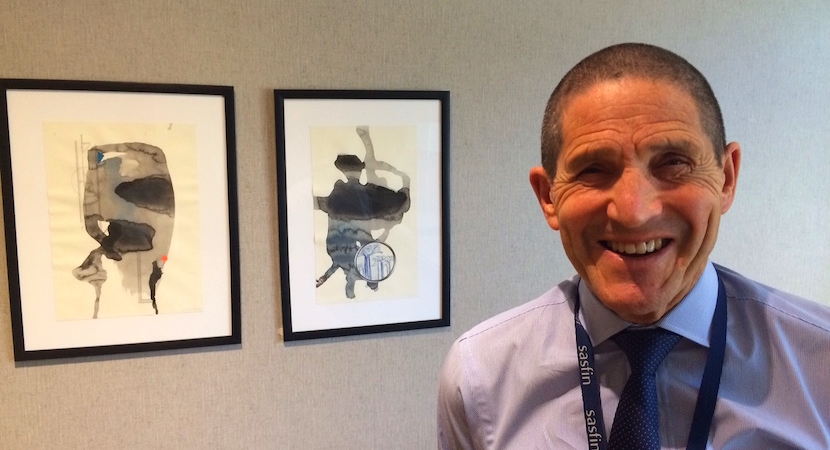 South Africa’s favourite market watcher David Shapiro provides perspective on the three big stories of the moment – drawing on the wisdom earned through decades of experience in the markets.

I have [been following] from a distance and it’s not often that we get coal companies coming onto the board. We used to have many in the past. It’s good to see some smaller businesses and smaller miners coming on – and particularly in this area. I know there are a lot of issues around coal mining today. Most of the big miners are avoiding them. But I think – whether we like it or not, no matter where we take our stand on clean air – we’re still going to be driven by coal for a long time. It’s [also] nice to see the ownership of this particular mine. Anglo has been very well known for that, throughout the history, of actually making assets available to minority groups. Once more, this is part of the history.

There’s a lot of talk about coal at the moment and whether you should be going into coal assets. But we still need coal – and I’m a ‘greenie.’ I’m all in favour of [green energy], but when you see somebody sitting around a brazier, warming their hands – a night watchman or somebody looking after a construction site – you can’t say to them you need to solar power. I think those things will continue. Sorry to be a bit cynical, but I’m saying it’s in poorer nations where it’s going to be a lot more difficult to actually get rid of coal.

We don’t know the truth as well. I found in management – and I’m sure he should have read this – but in many cases, people sometimes sign the most ridiculous things. People put things in front of you, you sign it and you don’t go through it. I’m not saying you shouldn’t, but a lot of people come and say, “just quickly, sign this deal.”

And you trust them. You always trust the people who work for you. It could be a case like that. I don’t know. I was hoping that Mkhize would come out because we need somebody to be in charge of this vaccination process. We need to roll out much faster. We need it more urgently. I just hope we don’t go into a stalemate. I’m a bit concerned that the process might just be grinding to a halt. We should be doing it on the weekends. There is an urgency and my whole hope is that we push towards the business side of it and leave the politics out and say, “okay, let’s get things rolling and sort out all these issues later as well”.

On the FirstRand voluntary update:

We’re going to get positive numbers coming through, because of where we were at this time last year. I like to look at the top line, which doesn’t come through in the trading update – because that tells you whether there’s activity in the economy. The bottom line is easy. We can all handle that. That’s getting rid of costs, bringing in efficiencies and so on. But the top line is what we sell. Only that tells you what activity is taking place in the economy, where the businesses are borrowing to expand.

Not consumer’s going out to spend and to buy food, but rather the business side of it. That’s what I watch for in the results. What are they doing at the top? Are they selling their products? Are they getting people to go out there and invest? I think that’s the important side. I think that’s why a lot of it was built in and the market brushes it aside.

We know you’re reversing provisions. These provisions were put in last year. You know, I’m still searching for the mining site. I’m a little bit of a mining bull at the moment, or let’s put it this infrastructure bill, I think a lot of money is going to be spent in those areas. And I’m looking for the entry points and I’m looking for the activity that might be happening in those areas globally. It’s going to happen. And that’s what I’m digging for here. And that could be a boost to to us if we start to see it happening.