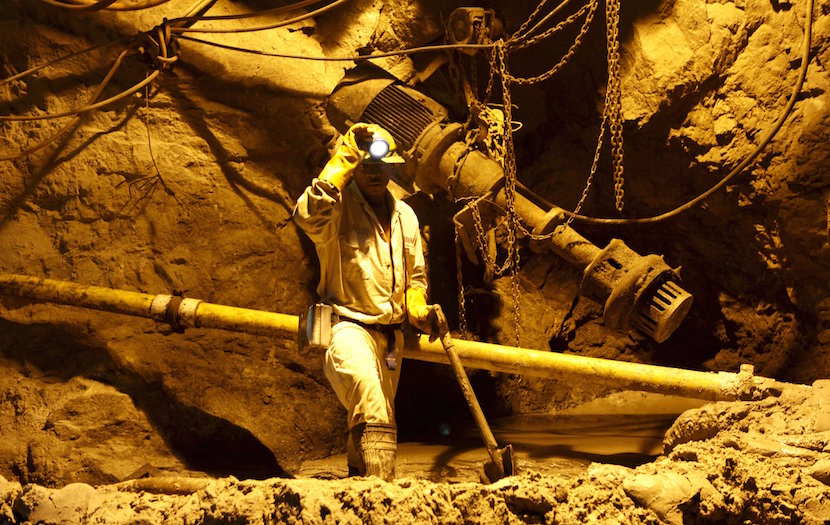 Mining took centre stage in most of today’s discussion after our partners at Bloomberg reported that iconic South African mines are the ‘unlikely saviour’ to the ravaged South African economy. Steven Nathan, founder of 10X Investments, joined the BizNews Power Hour as our regular Tuesday co-host to discuss, among other things, the record mining-company profits that are bolstering government revenue. Nathan referred to SA mining as our ‘get out of jail free card’, but also stated that ‘it’s never all good or all bad with economics.’ Another insightful topic was the accountability of auditors for not doing their job properly. – Nadya Swart

Steven Nathan on South African mines being the unlikely saviour to the country’s economy:

You’re right, it’s quite amazing. It’s almost like it’s our ‘get out of jail free card’ for covid – to help our government finance the enormous deficit and the lack of economic activity and the lack of tax receipts. So it’s fantastic to see the mining sector do so well. As you say, it could be doing 3x, 4x, maybe 5x better – but, you know, that’s kind of water under the bridge and we can reminisce. I think I remember the days where South Africa was the number one gold producer in the world. I don’t think we’re in the top 10 anymore. So we definitely have fallen enormously from grace. But as you say, it’s definitely helping the economy a lot and it’s helping the currency a lot. But the thing with (sort of) these big economic numbers is that it’s never all good and it’s never all bad.

So, it’s good because we are exporting a lot more than we are importing. So the exports are growing rapidly and as you say, are primarily driven by the resource boom, the higher resource prices we’re getting for exports. But also what’s happened is that we are importing far less, because we are growing at a much lower rate. So there’s much less of a demand for consumer goods. There’s less of a demand for infrastructure. So we tend to import when we are on an infrastructure drive. So the headline number is great, but the underlying number is always a little bit deceiving. And as I say, it’s never all good or all bad with economics. There’s always some kind of counter balancing forces.

And it’s also worth noting that the US, as an example, runs almost permanent trade deficits. So quarter upon quarter, they run a trade deficit. And in simple terms, they spend a lot more than they produce. And China actually runs trade surpluses, because they produce a lot more than they spend. So they ship the goods across to the US, the US buys those goods – but in order to finance that, the US has to issue government debt, which China in turn then buys. So, as I say, there’s always a positive and a negative. And the US has had strong economic growth and very low unemployment despite running trade surpluses for many years. But they do obviously have quite a large debt to service.

On the United States having the good fortune of being the world’s reserve currency and how this allows mismanagement:

Without a doubt. You’re right; that if you have unfettered power with limited downside consequences, it can lead to bad behaviour. And the US is a bit like that. And also with incredibly low interest rates. The tenure has now gone above (I think) about 1.5% – [this] is what the government pays. It was down at less than 0.5%. So it can encourage bad behaviour. It can encourage you to assume debt, because your hurdle rate to achieve a return of over above a risk free rate of 0.5% or 1.5% is really easy. So the jury is out, but these are long term trends. These things tend to happen over several decades, not over months or years.

On EOH going after former directors and Steinhoff’s reluctance to do the same:

Yes, and it’s going after the former directors, because clearly the former directors, both the executives and the non-executive board – they had a very illustrious non-executive board at Steinhoff – and they didn’t seem to spot these irregularities. I think it’s very difficult to spot them at the time. But post the fact, I think EOH is really showing the way for corporate South Africa to be vigilant and to hold those accountable. So, you know, that definitely is a good sign.

I think we discussed it on the show a week ago. There’s a lot to be gained, but it’s also very brave – because there’s [a] big opportunity cost of management’s time and cost spending doing that. So that definitely is good to see, and Stephen [van Coller] and the team are on a crusade to see this to the end, which I think we also haven’t really seen. We’ve seen lots of noise about bringing people to account, but we haven’t seen many people follow through to the end.

On companies getting it right to actually get money back from auditors for not doing their job properly:

On the face of it, if you didn’t know much about the industry – you would say it’s a no brainer. You would say that one of the primary safeguards, particularly when you’re a listed company – because what it means to be listed is that anyone in the public can invest in your company and your affairs are available to the public. If you’re running a private company, then the books are very restricted. But when you’re running a listed company, then it’s kind of fair game.

And one of the onerous responsibilities – that probably hasn’t been taken seriously enough – is that you are there for public scrutiny and you must be open to public scrutiny and you must hold yourself to that level of accountability. And the auditors have an enormous role, because the financial statements are certainly – if not in the top – in the top two things that people would look at to say, ‘Well how is this company doing?’ I know Warren Buffett, as an example, says he only looks at financial statements. He never talks to management, because management will always tell you a good story. So I look at what they’ve done, not what they say they are going to do or give me excuses for their past failings. So it’s of enormous importance.

And also, there’s a premium if you go with one of the big four audit firms – you pay a higher rate for their services. And the reason you do that is you expect a better audit, you expect more expertise and a more rigorous process. And obviously, one would attach more validity – not me, but in general – that’s why you would be going with one of those big names. And the fact that you look at financial statements that have been audited with what’s called an unqualified opinion – so they don’t raise any concerns, there are no issues that are raised – and they give it a clean bill of health year after year. And then post the fact we see these enormous accounting scandals, these financial irregularities, these off balance sheet structures. Accounting firms will talk about materiality – we look at a couple of percent here and there.

You know, here you’re talking about companies that are seemingly incredibly profitable and they go 180 degrees the other way, and they have enormous write offs. So, you know, it’s definitely a concern and there should be some accountability. But unfortunately, when you look at that kind of a level – we don’t seem to see that. It reminds me of the 2008 global financial crisis where you had the rating agencies – where you had Standard and Poor’s and Moody’s and others – being paid handsomely and they rated the scrip as AAA. AAA means that the probability of a default is extremely remote.

So, South Africa – we’ve spoken about this previously – is under investment grade. So, we’re junk status – so we’re at (like) the B minus level. You’re talking about AAA, as it’s almost impossible for them to default. And we know that many of them did default and the rating agencies, by and large, got away with that relatively unscathed relative to the fees they earned and the damage they caused.

On companies attempts at international expansion:

I think, in general, international expansion – more often than not – has seen failure rather than success, and I don’t think it’s a South African only phenomenon. I think if you look around the world – there’s a lot of countries and companies within those countries that have tried to expand globally and have failed. I think the Americans seem to be the most successful, but that’s really because they’ve got sort of global businesses, global brands – one thinks of Procter and Gamble, Coca-Cola or Amazon.

But if you look at WalMart; Walmart entered the UK through ASDA and it’s never really been as successful as Walmart in its home country. And they’ve also sort of exited that more recently. So, you know, it’s really difficult. South Africa has a strong sort of historical geographical time-zone ties with the UK. So we (kind of) feel comfortable operating in that market. But I think it’s more a false sense of comfort.