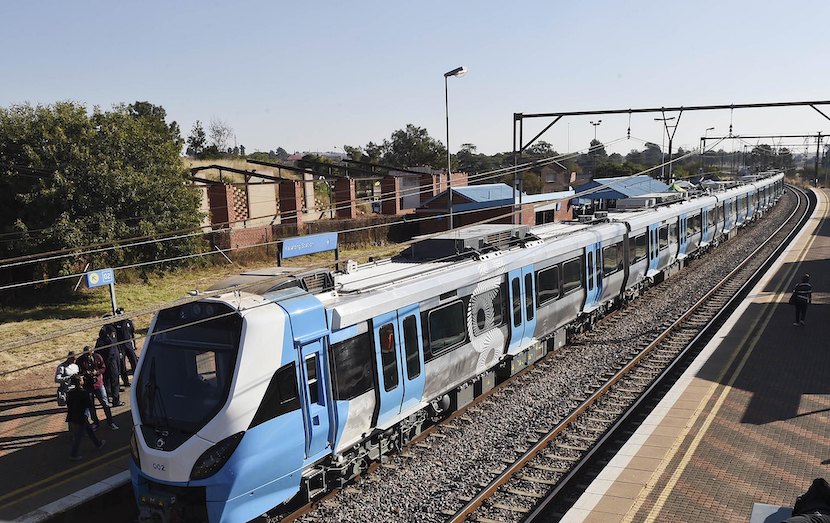 Former deputy editor of the Financial Mail, David Williams, wrote a fascinating report for the Brenthurst Foundation in which he unpacked the mess at the Passenger Rail Agency of South Africa (PRASA). In the report – ‘Why there are so many trucks on the road and so few trains on the tracks‘ – Williams discussed some of the necessary steps that must be taken to restore a once safe and efficient rail system. Williams spoke to BizNews founder Alec Hogg about the critical situation at PRASA and what he reckons the government should do to revive the problematic public entity.

David Williams on his PRASA report

Greg Mills, the director of the Brenthurst Foundation, was driving to Cape Town. When he got back he said to me, “I didn’t see a train the whole way. [He] was driving through the Karoo where the train goes alongside the road for many kilometres. He said, “Why are there no trains? Why are there so many tracks on the road and not enough trains?”

Essentially, I set out to answer that question. It’s a perfect storm, as that now clichéd phrase goes. There’s a governance problem. There are corruption and policy issues. In other words, splitting passenger rail from freight rail as a matter of policy. Why did they do that? And the effect that’s had. The lack of security, the lawlessness, the theft of railway infrastructure and the loss of market share. Everyone says, “Oh, well, they’ll fix the trains and the passengers will come back.”

It’s not so easy because the taxis, the buses and whatever else people use to get to work will, in due course, take the place of the trains. At the moment, there are no suburban trains running or very few in the country. That’s down from millions of passenger journeys 10–15 years ago. It is a complete disaster. It’s the equivalent of the lights being out if you’re looking at Eskom. To the rail transport sector, it’s as if load shedding is there all the time.

On the issues behind PRASA

Why is there a Department of Public Enterprises? Eskom could arguably be allocated to energy. All the railways and airways and everything should be allocated to transport. There is no reason for the Department of Public Enterprises, except that there is a department. But in the rail sector, the problem is – and this happened in the early 2000s – not with the best of intentions and probably [following] advice from fancy expensive consultants from England, they separated the passenger rail from the freight rail. Transnet Freight Rail became a separate entity that reports to the Minister of Public Enterprises, Transnet. PRASA reports to the Minister of Transport.

Before we even start, there is a clash because in many cases they use the same track. They use the same equipment. It was a built, integrated system and it was split. That’s the first problem. There’s a governance problem. I know from my contacts with some of the engineers – who are trying to fix what’s gone wrong – there is very little communication between PRASA and Transnet. Another senior person within the organisation has said everyone (in Transnet, I think he’s talking about, I believe the same applies to PRASA) is terrified to do anything. They’ve had two or three layers of experience taken off, partly because of hunting down corruption and partly because everything’s been washed out with the corruption cleanup.

Managers sit in offices not sure what to do, inexperienced and unable to make decisions. You don’t have to be corrupt to be incompetent and it’s simply a question of the way things are managed. To talk about Mr Matthews; he comes from a struggle family. Good credentials. In the broad sense, well qualified. What he knew or knows about railways and passenger railways is not clear to me. I’m not saying he is not the person for the job, but they have now suspended him on the grounds that he has dual citizenship with the UK, and that’s apparently a function of when he was in exile.

He took British citizenship and that was described as a security risk. You want to say, “Do you think we are stupid?” Just because he has two passports, he’s become a security risk to passenger rail in South Africa. What can this mean? So immediately you say, “What’s behind this?” They’re trying to nail him for something else but they can’t. The chattering classes don’t take much interest in this because they do not generally travel by train.

It’s the poor who travel by commuter trains It didn’t used to be, middle-class [people] used to travel. Now it’s the poor, the people who cannot afford anything else or have no other transport. This is another crippling blow to PRASA. They’ve had something like 10 chief executives in 12 years, mostly acting appointments. No one can do anything. Mr Matthews, whatever his qualifications, seems to have been suspended on spurious grounds. Maybe he’s done something which upset people. Maybe he has done something he shouldn’t have done genuinely and they’re trying to get him out.

But it is a symptom of a badly governed, badly organised, poorly stewarded in terms of policy organisation. This company is a wreck. If it was a private sector company, it would be beyond business rescue. It would just simply not be functioning.

On what President Ramaphosa should be doing

[Firstly], you’ve got to secure your infrastructure. People say, “Oh, the ANC government has wrecked the railways.” It’s not the case. This started back in the 1970s, when the road transport sector was deregulated without thought of how we keep the right traffic on the rails. Again, it’s poor governance and this is the old National Party was of doing things, not necessarily with bad intentions, but with bad effects.

What’s happened is we’ve got the railway police, which was an institution of some 16,000 men and women, who used to guard this massive infrastructure: patrol, arrest, convict and so on. Under the the PW Botha government, they were short of South African Police and they amalgamated the Railways Police with the South African Police.

The result was that the railways were no longer policed and it didn’t take long for the criminal syndicates to realise there was all this juicy infrastructure just waiting to be stolen, vandalised or wrecked, which is what has happened, particularly in the last 20 years. If you go around Gauteng, there are approximately 480 km of suburban railway line; the passenger railway line. Almost all of that – the overhead equipment, the electrical wires that feed the current to the locomotives – is gone.

Most of the suburban stations look like bomb sites, except the rubble has been removed. Stations look as if they have been dug up for some other purpose. In Cape Town, there are approximately 2000 people living on the tracks and PRASA cannot get them off the tracks despite court orders, so they can start running trains again. Just to talk about the electrical overhead equipment, it’s just gone … most of it.

It is going to cost at least half a billion rand per kilometre to restore it. Nw that’s just the overhead wires, not the station infrastructure or the fences. There’s a whole lot more. The Minister of Transport, Fikile Mbalula, is now talking about fixing things by next year. I cannot see, just on the back of a cigarette box, if you look at what has to be done, how they can possibly do it by next year.

One engineer I spoke to said if they had one team working on this, it would take 15 years to fix throughout the country. Now, he says, obviously they’re going to try and have more teams than that. But there IS a lot of money that has to be spent just to get things back to where they were before. Meanwhile, all the carriages have been sitting in the yards rusting, not looked after or maintained. The tracks need to be maintained. They’re like roads. If the ballast gets silted up, washaways will [damage] the track. We are one of the very few countries in the world where gangs actually steal railway lines, not just equipment around the railway lines.

There is an enormous, very expensive job here. The two organisations running rails are not speaking to each other, as far as we can see. It’s very difficult to get comment from them. I’m doing another report on southern African rail, more generally, and it’s very difficult to get the South Africans to comment. Namibia is very helpful. Zambia, very helpful. Angola, there are people in place talking for all these countries. In South Africa, this is not the case.

The danger is we are going to be bypassed as a southern African rail entity, whereas we should have been the leader. I haven’t even spoken about corruption. You can see that has crippled the railways in its own way. Just the corruption alone would have had an effect but add it to these other things [and] it’s a disaster.