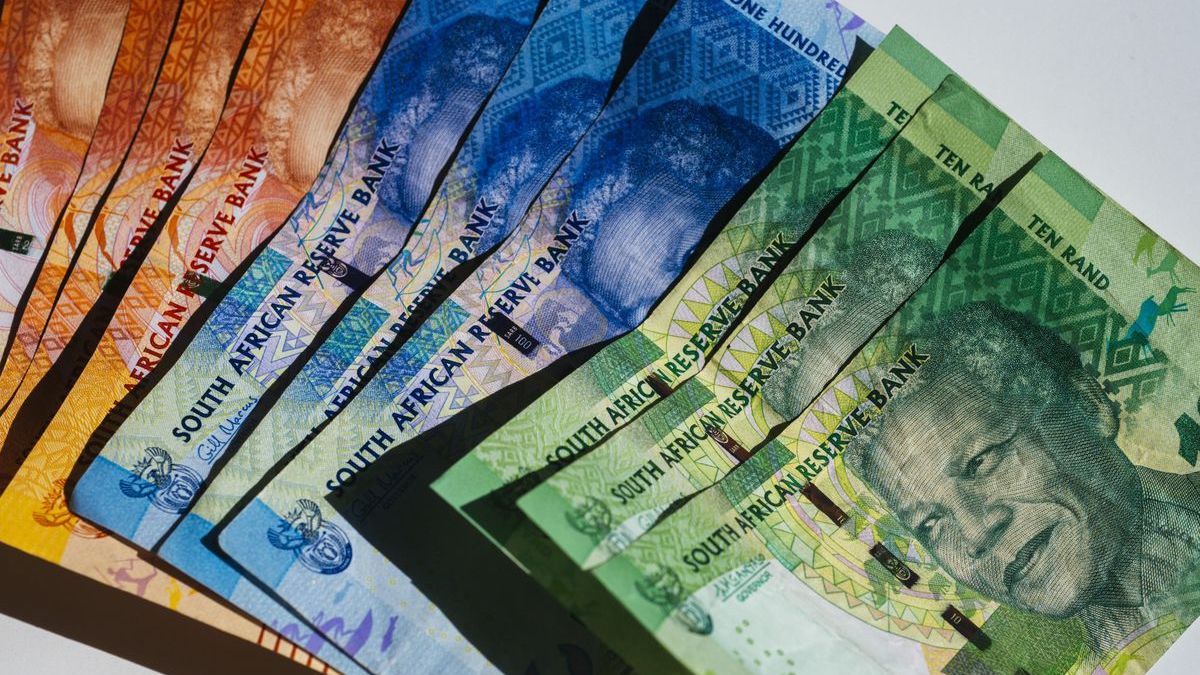 The rand slipped to a four-week low with other developing nation currencies earlier this week, ahead of expected interest rate hike announcements by the US Federal Reserve and the Bank of England to tame rampant inflation. Emerging market stocks also suffered their worst day in over three months amid fears that growth will be impeded by renewed lockdowns in China. TreasuryOne’s Andre Cilliers told Biznews that the rand has not crashed or ‘fallen out of bed’ and he expects there will be a recovery if the interest rate hike in the United States is moderate. Cilliers said battered consumers could however be in for a nasty surprise at the end of the month and could soon have to pay R1,000 to fill a small car with fuel. – Linda van Tilburg

It is an interesting week. The Federal Reserve, I think, had headaches this weekend because the inflation rate came out last week and was well above what was expected. And it shows us that inflation is absolutely entrenched and embedded in the US economy. Now, they have said to us before that they will be more aggressive with the hikes and they will do 50-basis point hikes to try and stem this inflation and bring it under control. But we know how markets react and we know what markets think, especially when they see inflation still rampant and out of control. So now they’re toying with the idea of, will the Central Bank of America, the Fed, will they go to 75 basis points? Now, if you look at the economic growth and you look at all the other figures coming out of America, that simply tells us that the growth is not as robust as they would have liked it and it’s not doing as well as they thought.

China had lockdowns because of COVID in Shanghai and a week ago, we saw that they started coming back online again, they started opening up and now their infection rates are going up again. Rumour has it that more lockdowns are expected.  Now that catches the emerging markets on the back foot, but if you analyse that, if they were to go into further serious lockdowns, it will have a dramatic effect on world economies. If that’s the case, then America will definitely not have the growth it wanted. There will be brakes on the growth. And if they then come with a big 75-basis point hike, that might stop that economy so dead in its tracks that you may very well see it going into a recession. So, I doubt whether the Federal Reserve would want that. I think they will have their meeting; they’ll have a 50-basis point increase as expected, and the rhetoric speech of, ‘we will be aggressive, we will address the inflation problem,’ etc will very much be the same as during previous meetings. I don’t think they will go through with the 75-basis points hike, and I think the market might be disappointed with that once it comes out. We might very well see a bit of a weakening of the U.S dollar after the meeting.

The Rand did not crash

If we speak about the rand having dropped or ‘fallen out of bed’, I saw a bit on the news that said the rand had crashed. Now, if I look at a pound trading at R19.55, and I see the euro trading at R16.79, then I don’t think one should start speaking about a rand that has crashed. I think you should go and find the emphasis where it actually is, and that is on the dollar. It is the euro and the rest of the markets that crashed against the dollar. The dollar is the one that after the inflation figures went on a rampage and came down from the $1.075 to $1.045 level against the euro. So, there’s the emphasis. It’s a strong dollar; it’s not the rand crashing.  One should be very careful about speaking about the rand crashing when you have euro rates of R16.80 and the pound at R19.55. So, I am definitely not thinking that we’ve got a crash in the rand.  It’s in the same camp as all the other emerging markets that have lost ground against the dollar.

Turnaround for the rand expected after US Fed meeting

The UK certainly needs a higher interest rate to prop up the pound a little bit. I think when the UK raises interest rates we might see it strengthening against the U.S. dollar. And as I said, when we spoke about the Federal Reserve and assessed the basis for the hike in inflation, I think that the market is going to be slightly disappointed with what happens in the Fed after the announcement and the press conference thereafter. I think that we will see the euro back up to the $1.055 – $1.06 level. And that should see the Rand coming down to the R15-70, R15-65 level. So, I think the is going to be a bit of a turnaround after the Federal Reserve meeting. I think markets are going to be a little bit disappointed with what happens there.

R1000 to fill up a small car coming soon

Well, it’s going to be a R1,000 to fill up a small car soon, because if you look at fuel prices, if you look at oil prices and now the exchange rate also having given way due to the stronger dollar, we’re in for a bit of a surprise again at the end of the month. We are already in an under-recovery situation. In other words, if you look at the fuel price, then we are already speaking about an increase in the order of R1.80, R1.95 that can be expected at the end of this month. Add to that the 75-cents and there’s very little chance that the South African government will change their stance on that. They will bring back that fuel levy. The fiscus cannot afford to carry that negativity all the time. So, you add 75-cents to that and then you’re already in for around a R2.60 or R2.65 movement on the fuel price at the end of the month, same with diesel prices. So, that will carry through on the negative side of inflation in South Africa as well. We’ve seen substantial increases over the last two, three months and that’s still filtering through to food prices and all the other prices that have increased because of the high logistical cost and fuel costs.

Pressure is increasing on the Reserve Bank to increase interest rates

So, that places Mr Kganyago on the back foot for further interest rate increases for the South African part as well. Not good news for the consumer, a battered consumer.  If you then look further down the line, I said that the rand could come back a little; that’s short-term. Further down the line with further interest rate increases, higher inflation in a battered consumer environment where negotiations are taking place regarding salary increases for state employees and so forth, we could very well see that the fiscus comes under pressure. Increases for government employees might be bigger than they anticipated and forecast in the budget speech. And if that’s not the case, then we might see a fair amount of labour unrest. But that would place the fiscus under pressure and it would place the rating agencies on the back foot again, because we might have to borrow more. Our statistics could go a little bit haywire and that could filter through to some negativity on the investor side. In the longer term that could focus some negativity on the weakening of the exchange rate. So, a very gloomy picture at this stage.

I’ve said many times before, if you look at the rand and what happens on the rand markets, 70 to 80% is linked to what happens in the international markets and it is not really what happens in South Africa. That is not going to change.  These little domestic things that happen are important, but it’s more how you get viewed by the international investor. From the fiscal side, if we see negativity, investors might get jittery again because of possible ratings changes. If you look at the US there is a possibility that they could go into recession.  If they go into recession they cannot change the interest rates as much as they want to; then you go into a period of stagflation, and that could be negative for the dollar in the long term and that could aid the rand. So, we could very well end up with a fairly balanced situation in terms of some negativity coming through on the local side, with some positivity and help from the dollar side longer term, which keeps the rand fairly stable. So, I’m not in the camp where you’re going to see blow-outs, to R17 or blow-outs down to R14 or something. I think we’re in for a fairly stable period between the R15 and R16.55 for the next year or so. And any breakout above this on the upside would be very good levels for exports, and anything below would be fantastic for imports. So there are going to be opportunities for everybody. It’s a question of timing and it’s a question of seeing how things gel – and keeping your minds open, with huge volatility being the order of the day for a couple of months.