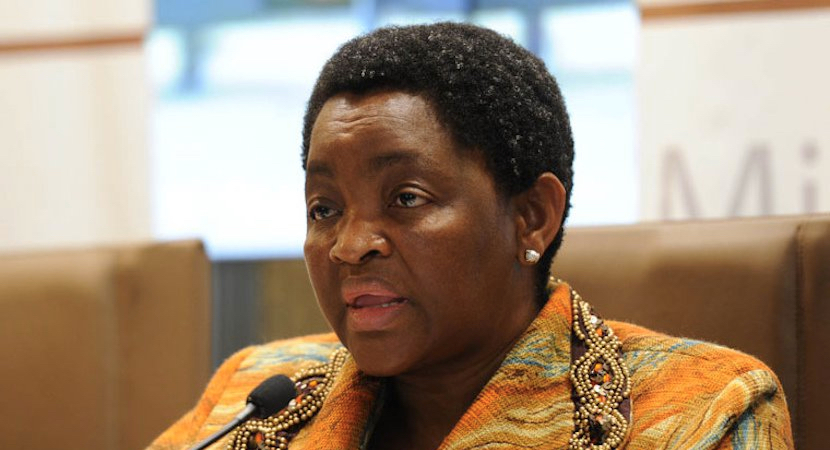 It’s difficult sometimes when it comes to obtuse ministers who seem to totally disregard the rule of law in setting policy, proposing legislation, or in this case – behaving as if the Constitutional Court and the top minds of treasury don’t exist. Yes, we all know that President Zuma is the iconic example of how to crock a snook at every civilised institution of accountability that Western democracy has been able to come up with. So perhaps we shouldn’t be too surprised with Minister of Social Development, Bathabile Dlamini’s, stubborn continuation of business as usual as the March deadline for the re-issuing of the previously illegal social grants tender looms large. We’re only talking about 17 million people here for whom the myriad and varied grants amounting to nearly R10 billion per month are paid out. Besides the fact that she’s countenancing riots and civil unrest on an unimaginable scale should the South African Social Security Agency, (SASSA), not quickly come up with an interim plan, she’s opening the government up to legal action should her agency flout the Constitutional Court ruling. Even repeated warnings from Finance Minister Pravin Gordhan seem to have no effect. Perhaps some kind of court censure of a minister who refuses to be accountable might shake others out of their stupor of impunity. Put her behind bars until the matter is resolved. Somebody must decide where the buck stops – and so far, nobody has. A space to watch next month! – Chris Bateman

Minister of Social Development, Bathabile Dlamini, has through word and inaction, demonstrated her clear disregard of the Constitutional Court ruling declaring the SASSA contract with Cash Paymaster Services (CPS) invalid. She has further heaped scorn on the advice of the Minister of Finance in his 1 February 2017 letter to her offering remedial recourse to ensure that almost 17 million people receive their social security grants come 1 April 2017.

The haughty response from the Minister of Social Development to Treasury, dated 8 February, states that, “her Department was in charge of payments of grants and that interactions with Treasury as part of a joint technical team were not to map out the future of social grants, but to merely analyse available options”. By all accounts and simple comprehension of the said letter from Treasury, this was precisely what was being proposed. In addition, Treasury, as the ultimate steward of the resources of the country, added the caution that maintaining the status quo would open government to legal action. This hefty matter appears to be lost on the Minister.

Treasury’s proposal to Dlamini to enable banks and the South African Post Office to facilitate the distribution of grants come 1 April, while imperfect, must be weighed against a direct and even aggressive attempt by the Minister to flout the Rule of Law and act contrary to a ruling by the highest court in the land and continue a lucrative contract with CPS. According to a report in Business Day on 17 February, CPS negotiated a fixed income deal with SASSA over five years. An additional extension will add an extra 10% to the bottom line of CPS, all of which comes out of the public purse.

While Minister Dlamini’s spokesperson responded to the media that the Minister had yet to study the contents of Treasury’s letter, it appears that the Minister has made up her mind. She said that banks were “only driven by profits, which are gained through opening new bank accounts and transaction fees”. This statement is at odds with trends both in South Africa and globally to encourage the poor and unbanked to come into the financial system as a measure to save, use electronic platforms – including cellphone banking – and effectively transact with ease. Virtually every one of the big banks offers schemes to enable and simplify banking for the lower end of the financial market.

The lack of vision and crucially the sheer lack of commitment in implementing a ruling by the Constitutional Court over a two-year period, has raised questions about what lay behind the Minister’s intransigence. The politics of inter-ministerial tensions notwithstanding, the Rule of Law and a commitment to administration of justice must take priority come 31 March 2017.

The lives of almost 17 million of South Africa’s poorest and most vulnerable cannot be held ransom to the whims and fancies of a Minister who has proven to be unfit for purpose.