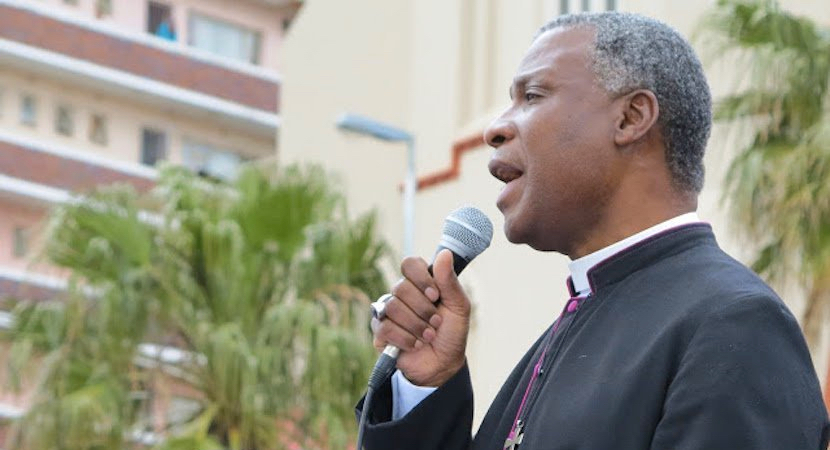 EDINBURGH — It’s very unusual for business matters to make it to the pulpit, much less so for a highly respected man of the cloth to explain why we can’t forgive people who have publicly apologised for some sins. In a hard-hitting sermon, Anglican Archbishop Thabo Makgoba has hit out at foreign business consultants McKinsey and KPMG for not adequately taking responsibility for their actions in South Africa. He unpacked the details of the fees McKinsey earned for doing very little for Eskom, asking how people who live in shacks must feel about the global consultancy taking R13m a day. He pondered how it was that McKinsey bosses did not finding something “smelly” in that exorbitant daily income. Without McKinsey and KPMG employees taking a cold, hard look at themselves in the mirror and genuinely coming clean on their wrong-doing in the Gupta-Zuma state capture scandal and corruption in South Africa, heartfelt forgiveness is unlikely. – Jackie Cameron

Archbishop Thabo elaborated on the criticism in his Sunday sermon of foreign business consultants and their role in facilitating corruption in South African business and government in the following statement:

“Firms operating in South Africa, whether local or foreign, seem to have a diminished capacity to take responsibility for their actions.

“Despite the intense focus on the activities of companies suspected of looting state resources, McKinsey and KPMG took action not as a result of their own internal ethical guidelines but in response to pressure from civil society and the media.

“Would those international consultancies do the same in the countries in which their head offices are based? Or do they have a different set of ethical and moral values when they work in Africa?

“I welcome McKinsey’s apology, even though it was weak, but note that they made it only after intense lobbying and the threat of litigation. They seem to have acted only out of embarrassment at getting caught.

“They would have earned the respect of many church leaders if they had come forward much earlier and in response to their own moral compasses. As it stands, their apology sounds like the statement of those who are admitting to a minimum of wrongdoing to enable them to run away from taking further responsibility.

“It is time for them to move past their excuses and demonstrate their character. If they are serious about their apologies, they need to think about how they can invest in South Africans in a memorable, impactful and meaningful way.”

Sermon at a confirmation service at St. Thomas’, Rondebosch

May I speak in the name of God, Father, Son and Holy Spirit. Amen

Dear brothers and sisters in Christ, dear people of God of St Thomas, it is a great delight to be with you today and share in your confirmations.

Thank you, Fr Keith, thank you Wardens and Council, for your invitation to join you today, and welcome to the Revd Cheryl Bird and the people of Christ the King, Kenilworth.

Thank you so much to you the confirmation candidates for the encouraging letters you wrote to me on why you wanted to be confirmed. This is a beautiful start to a new venture in your lives.

By the time we reach today’s text in Exodus 33, the Israelites have travelled through most of the desert portion of their journey on their way to a new homeland. At the beginning of their journey God calls them to himself to be a priestly people and a Holy Nation. He chooses them not because they are morally good but to preserve God’s laws and to pave the way for the coming Messiah. Amongst them dwelt God the Creator, Redeemer and Sustainer of the world… until Jesus Christ appeared on earth.

God promises to journey with them, giving them the Ten Commandments as well as clear instructions for building the tabernacle, which – like the altar in this church – is meant to be a visible sign of God’s presence among them. But the Israelites do not always appreciate God’s presence, becoming a complaining and sinful nation who easily lose their focus on how God is present in their lives and their nation’s story.

They go so far as to carve and worship a Golden Calf, thus breaking the heart of God, forcing him to change his mind about the shape of their relationship. As a result God gives a new directive to Moses – that he should lead this stiff-necked people to the Promised Land, but without any visible manifestation of or experience of His presence with the people of God. Instead, to accompany them on their journey, God sends an angel to represent him on their journey.

Moses is very unhappy with God’s response and engages God on his new plan for the Israelites because he knows their survival depends on God’s presence. Moses reminds God of who Israel belongs to, challenging him with five bold arguments and petitions, prompting God to reverse his decision. It is no surprise that God responds in this selfless way, extending grace and mercy and assuring Israel of his holy and communal promise.

It is this promise that is carried with us today as Paul reminds us that we are a chosen race, a royal priesthood, a holy nation, a people of God’s own heart; a people who will bear witness to the second coming of Christ, who will remain faithful to Christ like the believers in Thessalonica who remained faithful to Christ amidst their hardships and persecution. They did not allow their experiences to redirect their path but remained steadfast and through this accomplished much as a community. Paul holds them up as examples to other faith communities. It is this kind of faith that directed the Thessalonians to abandon the idols of their past and to focus on God.

What does it mean for all of us in South Africa today to abandon our idols of the past, to stop worshipping golden calves, and to focus on God? To start with, I suggest that we could draw lessons what we have read about the activities of international consulting companies in our country in recent years. I was stunned to read in a column in the Financial Mail this week that McKinsey and its Gupta-linked partner in greed banked 1.6 billion rand – not 1.6 million, but 1.6 BILLION rand – for what the columnist judged to be very little worthwhile work at Eskom. The writer translate that into revenue of 13 million rand for each working day. I quote from the column: “Yes, R13 million revenue from a single client every day! And nobody at McKinsey thought there was something smelly in that?”

Can you imagine how people living in shacks must feel when they read and hear about such shameful greed, which runs counter to the values, ethics and principles which the company espouses on its website and its posters? We seem to be plagued by a new generation of greedy Westerners exploiting our country, in the form of companies like McKinsey, KPMG, Bell Pottinger and the like. And what about the people we have elected into office, the corrupt South Africans who collaborate with unscrupulous foreigners, making money not out of honest work, not out of creating jobs, manufacturing goods or providing services, but by taking a cut on the side when they steer taxpayers’ money – resources which should be dedicated to improving the lives of the poor – to favoured contractors.