JOHANNESBURG — Last week’s budget would have depressed many a South African with the announcement of higher taxes and reduced spending. But if our population was growing at a slower rate, would the pain be far less and could we thrive? It’s a question that Jane Mqamelo explores in this piece. With GDP growth forecast of 1.5% for 2018, this is still below the country’s average population growth rate of 1.6%. Falling GDP per capita has become a depressing trend in the country, and the answer to fixing it may lie in slowing population growth, among other factors. – Gareth van Zyl

Every time job creation, the housing backlog, the water shortage, the skills deficit or the land issue are mentioned, there is an elephant in the room that has been so relegated to the furthest corner that we no longer consider it all. Population growth.

We don’t want to take on behemoths that seem abstract and beyond our control. We shun issues that don’t win votes and set off cries of Nanny State, I have rights, God said. Yet there is hardly a problem in the world today that would not be ameliorated by a cessation to our constantly increasing numbers.

South Africa’s National Development Plan is packed with ambitious targets, including the creation of 11 million jobs by 2030. Pushing against this goal are two powerful forces that oppose it; the irreversible fact that the global economy is turning to technological solutions, rendering increasing numbers jobless, and the millions of school leavers who enter the job market annually. Government takes some cognisance of the former, but the latter is treated as a fact of nature and not something over which we have any control.

We do, in fact, have as much control over population growth as we are willing to take.

Anyone aware of the challenges facing humanity – environmental, economic and quality of life related – must know that, alongside our technological solutions, stabilising populations would lessen the pressure on resources.

Worldwide, as populations come down, economies, freed from the pressure to grow, can transition to ‘steady state’ economies where citizen well-being, rather than GDP growth, is the measure of success. Money no longer needed for expanding infrastructure can be ploughed into improved services for citizens, who gain in ways that we in Africa can only imagine. 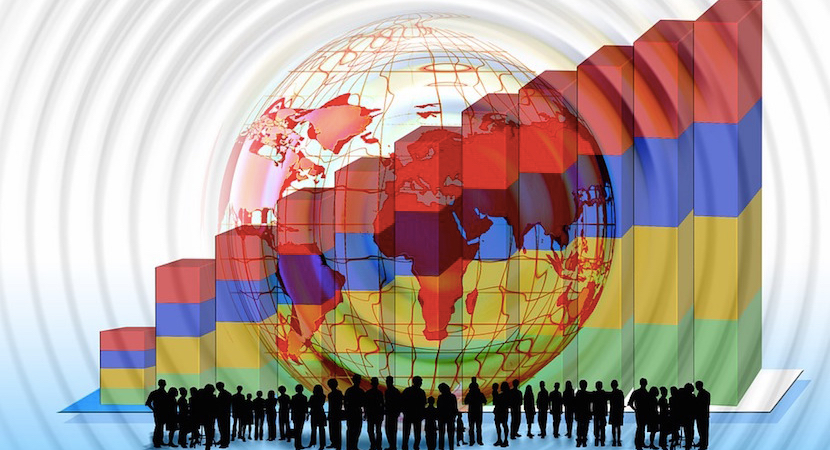 Where populations are falling, even a static GDP translates into rising GDP per capita. Such countries can focus on quality of life; improved urban environments, quality education and housing, more services and sustainable use of land.

Happiness rather than growth

Some countries have already begun experimenting with happiness rather than GDP as a core measure. Bhutan has a Ministry of Happiness and in Japan, municipal ‘happiness leagues’ work on creating cohesive communities of contented people. These innovative, human approaches are really only thinkable in economies where the basic needs of all are already met.

Not so in Africa, which has a population of 1.2 billion, set to increase to 2.2 billion within 32 years. That is almost double the current number competing for land, housing, education and diminishing numbers of jobs. How can this not suggest that vigorous, well-researched, financially supported family planning campaigns are in order?

The economic benefits alone of a stable population are so obvious that the absence of a united policy boggles the mind. In South Africa, 400 000 young job seekers enter the job market each year, completely obliterating slight gains in job availability which fluctuate year on year. We’re sitting at 27% unemployment; the NDP’s stated goal is to reduce this to 14% by 2020. We have two years to bring down by 13 percentage points a figure that has risen annually since 1995.

No matter how vigorous the plans, reducing population growth would do more, within twenty years, to ease unemployment and a host of other challenges than any other line of attack.

It’s been done before

There are creative ways to place family planning at the centre of development goals without resorting to draconian, one-child-per-couple laws.

Thailand, for instance, halved its birth rate from 3.2 to 1.6 children per woman over thirty years through an innovative public education campaign which strongly linked family planning, economic development and quality of life.

If Thailand can do it, South Africa and Africa can do it.

A change of mindset

We need to recognise population growth as central to the challenges we face and stop shying away from the issue. NGOs will not touch the topic because even to talk about the benefits of smaller families is seen as a foot down the slippery slope to state control of something God given; our right – indeed our command from God – to procreate.

I would merely point out that among God’s many wonders of creation, he gave us minds with which to observe, think and change. We have by now adequately fulfilled the command to multiply, and face problems that if not addressed at the roots will escalate. We are managers of the planet, not passive subjects.

To those who point out that the inequitable distribution of resources is the central issue, one can only say: that too is part of the problem. But addressing our skewed distribution of resources is as mammoth a task as addressing population growth; more so, because it has to do with social structures that run deep. And although in theory current resources could support more people, massive sacrifices ∼ including the yielding up of all earth’s wilderness areas, and the genetic modification of most crops ∼ would be required.

The common African myth is that we need more people to create markets and grow the economy. This is topsy-turvy. Economies exist to serve the needs of people, not the other way around. What we need is steady-state economies; nations of stable populations, where governments, no longer racing to keep up with numbers, can focus on efficiency, innovation and the equitable allocation of resources.

Endless growth on a planet of finite resources is not sustainable. We need to overcome the myths and sensitivities that cloud our thinking and come to terms with the fact that as humanity we share a common future.

If South Africa halved its current birth rate of 2.4 children per woman, we’d halve the number of new job seekers and carbon users within a generation. An ageing population would yield a new set of challenges – but there are models to learn from, and the issues are easier.

We need to stop polarising over this issue, stop wrapping it in layers of associations, and think further than the short-term benefits of huge markets. A stable population is the most effective, long-term way for South Africa to address the material challenges it faces.