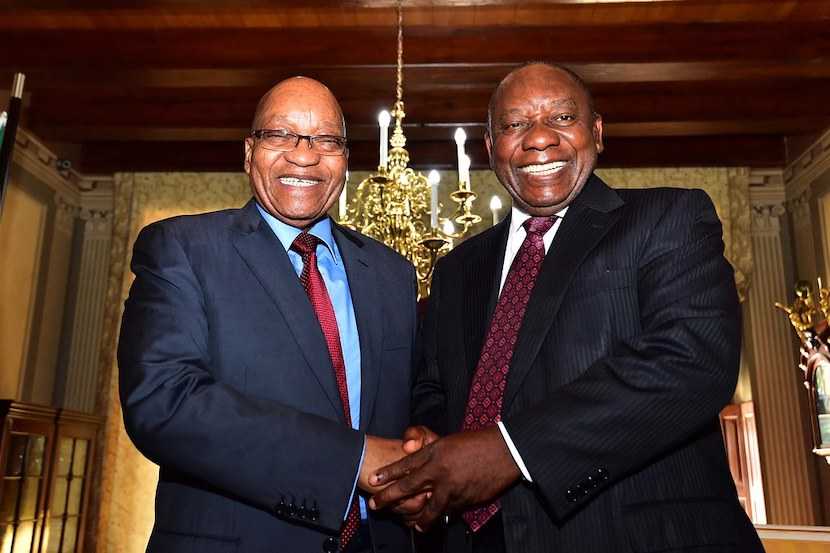 EDINBURGH — You don’t need to be an economic expert to see that land expropriation destroys growth. Zimbabwe provides an obvious example of how property rights are inextricably linked with investment and business growth. Former president Robert Mugabe‘s decision to seize land, particularly vast tracts of commercially viable farmland, in the 1990s set off the slow decay of a country that once presented some of Africa’s most exciting opportunities. Today, Zimbabweans are desperately poor as an elite clutches onto power. Society is so dysfunctional more than two decades after land rights were withdrawn that citizens struggle to access their own hard-earned money in banks and people spend many hours queuing for fuel and food. One of South Africa’s leading economy watchers, Temba Nolutshungu examines land expropriation from the lens of what life was like in South Africa when Nelson Mandela promised that there was no danger of land appropriation – and today when even business-savvy Cyril Ramaphosa appears to have been toying with the idea of land grabs. Nolutshungu shows how land rights and economic prosperity are tied. – Jackie Cameron

It is an unmitigated moral tragedy that in the year of celebrating what would have been Mandela’s 101st birthday, the incumbent government has betrayed him on an issue about which that he felt strongly. This is the resolution by parliament to make it constitutionally permissible to expropriate land without compensation (EWC). Despite the rhetoric to the contrary, the resolution does not exempt anyone, not any racial group or entity.

“There is no danger of us dispossessing people of property, no danger at all,” said Nelson Mandela in September 1993.

In 1994 South Africa started off on a very positive high economic growth trajectory and went on as a Mandela-Mbeki government continuum.

Mandela’s words signalled the policy thinking and implementation that generally characterised the government’s direction, “It is not a question any longer about whether the world embraces a free market economy. The globalised world in which we live has made it imperative that we open our markets both internally and to the outside world… Closed markets and command economies are self-evidently inappropriate for our times”.

Mandela’s policy achievements should be celebrated. On 9 December 2013 Matthew Davies, the BBC News reporter cited Annabel Bishop’s (group economist at Investec) comment on Mandela’s achievement that the South African economy “essentially doubled in real terms since the fall of apartheid, growing at an average of 3.2% per year since 1994. This was the case for 14 years thereafter”.

Policies enacted during the Mandela-Mbeki administration were evidently predicated on rational, pragmatic and principled considerations.  These policies attracted substantial foreign direct investment and stimulated domestic investment. Overall the policies were based on what accounts for high growth economies throughout the world. According to Economic Freedom of the World, the empirical study published annually by the Fraser Institute, which involves over 100 think tanks, the correlation between free economies and economic growth and wealth are unambiguous: countries that are economically free tend to grow faster and be more prosperous.

Economically freer countries are also characterised by lower levels of unemployment, better education outcomes, better medical care and longer life spans. In fact, by any measure of human progress and prosperity economically freer countries are better off. It is noteworthy that this is axiomatically substantiated by the Intellectual Property Rights Index and the World Competitiveness Report.

During the Mbeki presidency with Trevor Manuel as the Minister of Finance, data published by South African Market Insights demonstrates that South Africa posted an average GDP growth rate of 4.2% (quarter on quarter annualised), with an annual average inflation rate of 5.7%. Having built up on the foundations of economic freedom laid down by President Mandela, it seemed that the South Africa economic growth trajectory under the Mbeki Manuel leadership was destined to lift the South African economy out of economic stagnation and lack of freedom characterised by the Apartheid regime. Then disaster struck.

With the election of President Zuma the country suffered moribund growth not seen since the dark days of apartheid and an administration characterised by unprecedented looting of the public purse.

Investment strategist, Magnus Heystek, provides a catalogue reflecting a litany of woes that characterise the administration under President Zuma. Between 2009 and 2017 the average economic growth rate “barely exceeded” 1.5%; foreign direct investment (FDI) declined from plus 22.7% as a percentage of GDP to to massive capital flight registering a negative net rate of 29% in 2017. In short, Heystek states that “Zuma’s term brought destruction and carnage to the South Africa’s economy”.

To some degree, this seems to be continuing into the Ramaphosa administration with some of the worst ministerial malcontents being rewarded with high positions despite their disastrous performances and being implicated in corruption, as illustrated by the tragic Esidimeni saga, Bosasa and so many other instances.

Under President Ramaphosa the economy has continued to stagnate, registering a growth rate of less than 1% for 2018. Considering that the South African population continues to expand at a faster rate it means that South Africans are getting poorer on average. Considering the bleak economic forecasts many people have opted to invest their dwindling resources in other jurisdictions, and according to PSG Wealth, R350bn has left the country over a period of 16 months.

The Zuma-Ramaphosa continuum policy environment has clearly been driven more by populist rhetoric, political opportunism and expediency as the primary, if not exclusive, consideration with the elections due to take place in 2019. Consider the introduction of a national minimum wage, National Health Insurance, expropriation without compensation and a litany of other pieces of legislation that will significantly curtail economic freedoms and are destined to entrench SA’s low-no growth scenario.

This is not surprising because politicians have an uncanny habit of enacting outrageous policies without subjecting them to rigorous analysis in terms of their conceivable and foreseeable effects. They know that the policies will not impact on themselves as they can always continue to commandeer the beleaguered taxpayers’ resources to pay their salaries and fringe benefits. They are also well-placed to continue plundering state assets.

While the EWC measure is quite clearly politically expedient, it is economically destructive and morally egregious. The threat of its implementation has very seriously upset race relations in this country with the realisation of the rainbow nation receding.

It would be the height of naivety for the nation to believe that the solution to the multifaceted socioeconomic challenges that confront South Africa can be found in investing in any messiah. The answer lies in empirically proven policies that result in the greatest number of people participating as producers and consumers in the creation of wealth and jobs in the economy.