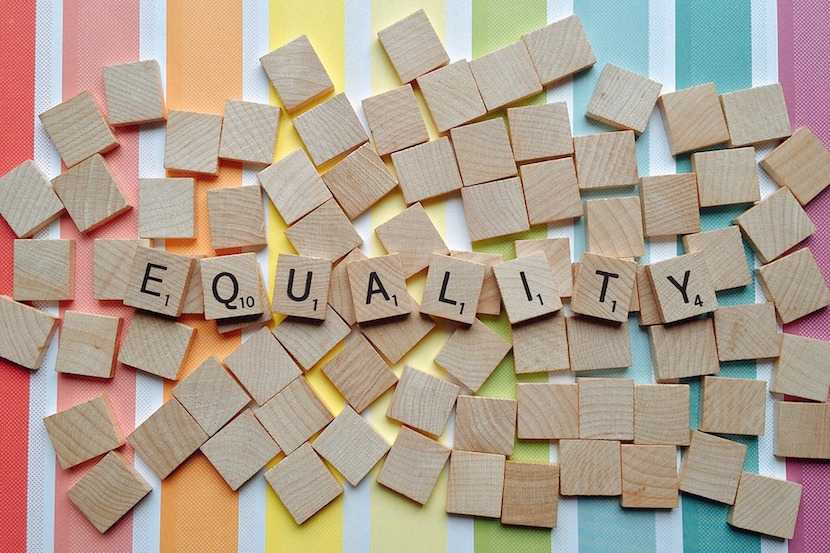 Chuck Stephens, the Executive Director of the Desmond Tutu Centre for Leadership, digs deep into American history and slavery where he found that slaves who were eventually freed did not manage to achieve equality. And where they were beneficiaries of land; they did not manage to hold on to it. Land ownership by blacks in the United States of America has declined to a mere “13% of its 1910 level”. Although the number of white farmers has also decreased; it happened much more slowly and is more connected to mechanisation. Chuck uses the example of the US to explain how blacks in that country still have to battle “implicit bias” and the legacy of slavery 100 years on. For them “freedom and equality have been elusive.” Similarly, disposed blacks who have been given back land in South Africa have instead opted for cash pay-outs than working the land as “the restituted owners have been duped into a configuration that is not really favourable”. Chuck is advocating a giving pledge to help unemployed young people to access the means of production and includes an interesting analysis of the role of Lincoln in abolishing slavery in the US. – Linda van Tilburg

Freedom and equality can be elusive

Abraham Lincoln’s first presidential race was against three other candidates.  Fortunately for him, they split the vote, to the extent that he won – even though he had only garnered 39 percent of the votes. This election was virtually a referendum on the expansion of Slavery into the new states in the West. His victory stopped that expansion from ever happening. But it riled up the southern states, whose economy was based on Slavery. They felt sequestered.

Lincoln’s analysis was that Democracy was unfairly contrived because representation in Washington was disproportionate. This is because slaves were counted at three-fifths of a person (60 percent human) which gave the southern states an edge in terms of the vote-count. That in turn perpetuated the status quo. As a lawyer and a politician, Lincoln took exception to this, much like citizens of South Africa objected to the structural injustices of colonialism and apartheid, and to contrivances like a tricameral Parliament.

One can see an evolution in Lincoln’s thinking over time. The American Civil War began as an attempt to keep the Union intact, preventing any states from seceding – which he regarded an act of treason. In fact, Slavery was still legal in four states of the Union which Lincoln could not dare to lose. But in the early years of the war, it went badly for the North. They started with superior troop numbers, but these were depleted by very heavy casualties. Then Lincoln took a step that was not even considered at the beginning of the Civil War. He started to enlist black troops. He racially-integrated the army.

This inspired him to return to his pre-war arguments against the expansion of Slavery into new states in the West. That had not made him an “Abolitionist” – back then – when he had been prepared just to contain it in the states where it already existed. But when he composed the Emancipation Declaration in the middle of the Civil War, it was a game-changer. He moved the goalposts from keeping the Union intact, to liberating slaves. This position was controversial even in the North.

Meanwhile, Lincoln managed to pass the Thirteenth Amendment, freeing the slaves. He managed to win the war after four years of bloodshed on a scale never seen before. And he managed to win a second presidential election. Only to be assassinated soon thereafter. By a white supremacist.

Lincoln led the North to victory on the battlefield, thereby keeping the Union intact. The fragile republican experiment in America got a new lease on life. On the way, he freed the slaves, a moral and social victory on top of his military and political successes. And he was only 56 years old when he was assassinated by an extremist. When Nelson Mandela turned 56, a century later, he was 11 years into a 29-year incarceration. What a pity that Abraham Lincoln did not live to a ripe old age like Madiba did!

Because the expectations of the freed slaves – who composed only a small percentage of the population compared to our South African scenario – were short-lived. Some land redistribution had occurred under military jurisdiction during the war and for a brief period thereafter. But federal and state policy during the Reconstruction era emphasized wage labour, not land ownership, for African Americans. Almost all land allocated during the war was restored to its antebellum owners.

Most blacks acquired land through private transactions, with ownership peaking in 1910. Most of that land was in 4 states – Alabama, Mississippi, North Carolina, and South Carolina. This figure has now declined to 13 percent of its 1910 level. Most of this land is not in the same area where blacks held land in 1910. Beyond the “Black Belt”, it is now located in Texas, Oklahoma, and California. So those blacks who have not urbanized, have moved further west. The total number of black farmers decreased from 925 708 in 1920 to 18 000 in 1997; the number of white farmers has also decreased, but much more slowly. That decline would have more to do with mechanization than land access.

African-American land ownership has diminished more than that of any other ethnic group, while white land ownership has increased. Black families who inherit land across generations without obtaining an explicit title (often the result of in tenancy-in-common by multiple descendants) may have difficulty gaining government benefits and could risk losing their land completely. Outright fraud and lynchings have also been used to strip black people of their land. Government policies – especially in the USDA – have not been conducive to keeping African Americans on the land.

Read also: Smell the roses and build on the good stuff – Chuck Stephens

Then after the end of Slavery came the beginning of “Convict Leasing”. Prisons filled up with blacks who were arrested and tried unjustly, then incarcerated for unreasonably long periods. Prisons got into the business of hiring out “chain gangs” to work on farms, roads, and infrastructure projects. Most of those working in leg-irons were black, and their supervisors were white – but it was not called Slavery!

Almost a century passed before the Civil Rights movement really dug deep for change and racial reconciliation. But the legacy runs deep – in the form of “Implicit Bias”. For example, American juries are composed mainly of whites, because nine out of ten citizens are white. When a jury sits in judgment of a black person, it is almost impossible for it to come to a fair decision.

So freedom and equality have been elusive. There is similar trending in South Africa today. A high proportion of those who succeeded with their land claims have decided to accept cash settlements (i.e. compensation) instead of the land. They preferred to move on.

Some settlements involve contrivances that allow the white farmer to keep operating the farm, even after its ownership is transferred to blacks. The restituted owners receive a nominal lease payment, but do not actively participate in cultivating the land. In many of these cases, the restituted owners have been duped into a configuration that is not really favourable.

Recently there was media coverage of how Rooibos farming is being returned to the Khoi people who originally introduced it to white settlers. Then I heard that this meant 1.5 percent of the profits will be paid into a community trust to benefit indigenous people. I do not claim to know the minute details, but no matter how good the optics of that are, the truth is that freedom and equality can be very elusive. The hegemony of the rich and powerful is hard to reform.

I am not a socialist who believes that the State should intervene, confiscate land and own all the land, leasing it to farmers. I admire The Giving Pledge that has been promoted by Bill Gates for ten years now. But in that period of time, with all his influence, only ten percent of the 2000 billionaires in the world have made that pledge. So the rich do not exactly come running towards an opportunity to give away their wealth, to reduce inequality. But that is still the best way forward. We need a Year of Jubilee when youth who want to get their hands on the means of production can become economically active again, instead of languishing in unemployment. This is not restitution, it is Jubilee. Brought to you by… Moses! Not by Marx.

The 200 billionaires who have pledged to donate 50 percent of their wealth to charity contributed at least $100 billion, and probably a lot more. That IS good news for the poor. But it’s only a start… God forbid that Land Reform should bring South Africa to the brink of a blood-bath.

Visit our Jubilee Land Bank web-page to learn more about this challenging approach.