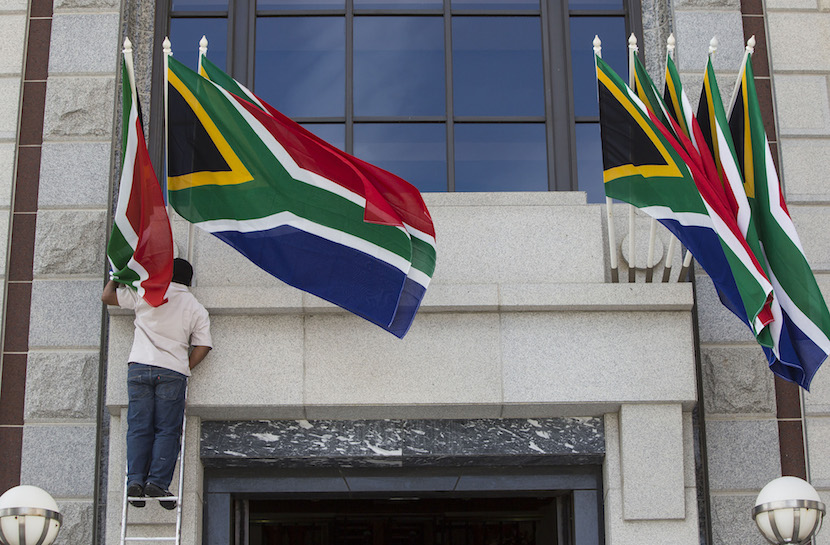 If you look around you at the wreck that the years of looting under Zuma’s watch have inflicted on South Africa, it does look rather desperate. But we do have short memories; people of my generation grew up with the brutality of apartheid and even if you were privileged and White, you may have spent two years doing compulsory military service or seen your brothers sent to the border to fight a senseless bush war. Bombs went off in shopping centres. Added to that were international sanctions with the Bokke or the nation’s cricketers not being able to compete overseas apart from some rebel tours and the economy was suffering at the end of the apartheid era. Yes, this did all change after 1994, but South Africa is a new democracy; can we really expect it to be in the same place as the West? It took Europe hundreds of years and two world wars to get to where they are now, and it is still not easy. Chuck Stephens, Executive Director of the Desmond Tutu Centre for Leadership lists nine things that are good about South Africa and turns to Bob Dylan to remind us to strengthen the things that remain. I can add the media to this list and a reminder that the onslaught on President Cyril Ramaphosa’s efforts to clean up corruption and the attacks on the judiciary are to be expected as the corrupt have been robbed of opportunities to keep on looting and many of them could land in jail. – Linda van Tilburg

Strengthen the things that remain

My favourite Bob Dylan album is Slow Train Comin. This poet’s use of imagery is why he won a Nobel Prize for literature. The album cover has this memorable image of a locomotive chugging along the tracks. But only a short distance in front of it, people are still busy laying down more tracks. It makes me think of South Africa. Doom is coming down on us while we try to re-jig, re-tool and redeem.

For example, when a serious initiative started to remove a rogue Public Protector, Parliament found that there were no procedures in place to do so. MPs had to scramble to lay down some new track before this turned positively apocalyptic.

On that album, my favourite song is “Strengthen the things that remain”. It is sound advice. When marriages are under strain, facing immanent divorce, counselors often ask them to spend some time focusing on what they like most about their partner, not on what they dislike. This buys some time. To lay down a bit more track before that locomotive comes.

I confess that I have written profusely about what is wrong with South Africa. All this was in an effort to help with diagnosis, to promote good treatment and thus good healing. But as the inevitable seems to be bearing down upon us, let me do as Bob Dylan suggests:

Counterfeited philosophies have polluted all of your thoughts

Karl Marx has got ya by the throat, Henry Kissinger’s got you tied up in knots.

When you gonna wake up strengthen the things that remain?

First, South Africa has the best weather in the world. Not too harsh, so we don’t have to build houses with basements to withstand the frost. Huge savings. The potential for renewable energy is massive, there is just no need for nuclear yet. Our solar and wind prospects are just waiting to be tapped. Not to mention that we are a sporting country because of the great weather. And fit for Tourism at any time of year.

Second, our economy is gradually diversifying. But at the same time, new minerals are being discovered. Like the off-shore gas fields recently discovered. These will energise our economy for decades to come.

Third, we have lots of space and arable land. Yes there are mountains that are not as easy to farm, unless for forestry or pasture. But we are still a food exporter. Not a nett importer like Zimbabwe, which was once the bread-basket of Africa, exporting white maize to food-deficit areas all over the continent. Now it is a basket-case, exporting refugees instead. While land reform is an imperative in South Africa, we must find a way that does not rattle food security. Because the land belongs to God, and all South Africans are His children, and God has no grandchildren. Thank God that there is enough farm land to go around. Plenty.

Speaking of God, fourth, we have a country whose citizens still fear Him. Where over a million people converge on Mount Moria every Easter morning. Where a national prayer meeting convened in Bloemfontein was attended by over one million citizens. Where most people are in church on any Sunday morning (or at synagogue on Saturday, or at the mosque on Fridays, or at Hindu and Buddhist temples on other days). South Africa has a lowest common denominator of faith, which serves it well.

Fifth, we have traditional chiefs and some political parties like the IFP that are proactive about conserving ethnic customs and practices. While these may clash with human rights at times, these ethnic communities are protected by the Constitution. Did I forget to mention that we have 11 national languages? This is an eclectic mix that is sometimes called diversity. Outstanding figures emerge like Johnny Clegg that defy all the talk of boundaries.

Speaking of the Constitution, sixth, South Africa has a good one. It enshrines human rights as well as aboriginal rights. It is not carved in stone, though. It has been amended numerous times already and may soon be amended again to speed up the pace of land reform. But it serves us well, reinforced by the Constitutional Court, which is the highest bench in the land. So many disputes are now being referred to these gatekeepers. This is building an important body of case law to guide us, going forward.

Speaking of the Judiciary, seventh, this is one of South Africa’s national treasures. Lady Justice is still wearing a blindfold, much to the disappointment of many hooligans who have been caught out. To the extent that instead of slugging it out on the floor of Parliament (which does happens occasionally when tempers flare), there is a lot of “open law fare” going on. Better this than the low-intensity warfare that has dogged other democracies. Not to mention civil war which can tear a country apart. A strong Judiciary is a blessing to such an eclectic nation.

Eighth, South Africa has a very long shoreline. Beaches galore for tourism, fishing to match our farming, many ports for trade and an end to water shortages for those who can desalinate sea water into drinking water. Seaweed has the potential to improve our diets.

Ninth, we have a demography that engages the future. It is young and vigorous. In the North, there are more people past retirement than in the work force. This is quite a burden for those economies to bear. In South Africa, we need to match this strength with opportunity. In the time-honoured approach of SWOT Analysis (the core elements of strategic thinking and planning), you need to bring strengths and opportunities together, above all.

For example, bring youth together with the opportunities in the renewable energy sector. Less than 10% of our 12 million homes have solar geysers to heat domestic water supply. (Admittedly not all 12 million homes have water – another opportunity for youth to install rainwater harvesting cisterns.) In our climate, this could easily go up to 90% density someday. Countries like Cyprus and Israel have actually banned electrical geysers – they are unlawful. India and Australia have risen to 90% density of solar water heaters using market forces, not legislation. This is an example of how to match a strength with an opportunity. There are many ways to match youth with opportunities.

Speaking of youth, South African has the most beautiful women in the whole world. Too many get pregnant as teenagers, get HIV-positive, get beaten up by their so-called boy “friends”, remain unemployed and marginalised while their men take a side-chick. Or they are enticed by ill-conceived ANC policies to think that prostitution is a vocation, a trade. A majority of feminists world-wide disagree. In Holland, there is a backlash against full de-criminalisation of prostitution. They call it a big policy mistake. The movement is called “I am priceless”.

On that note I end my list of ten things that make saving South Africa a worthwhile pursuit.

When you gonna wake up and strengthen the things that remain?