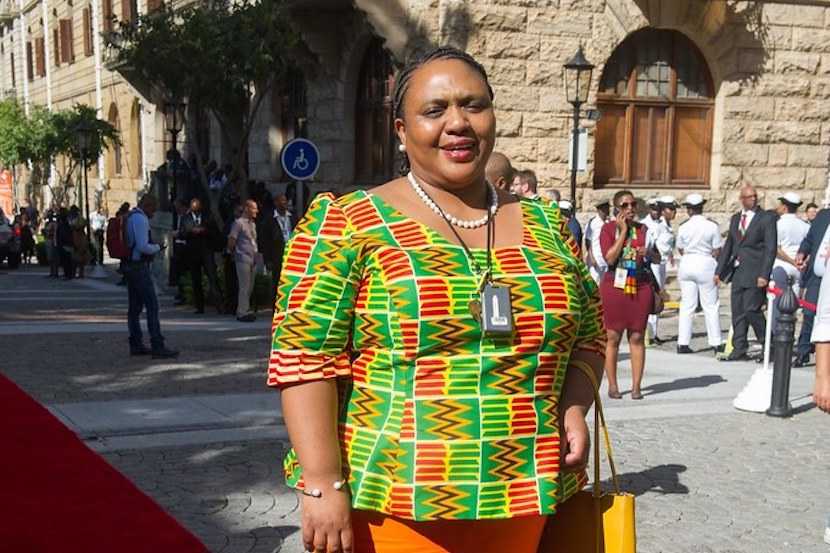 Thoko Didiza, the person appointed by President Cyril Ramaphosa to head the Ministry of Agriculture, Land Reform and Rural Development has been given one of the hardest tasks in his new Cabinet. She has to find a way to proceed with demands for land restitution and at the same time she needs to allay the fears of the commercial farmers sector that land expropriation will not descend into Zimbabwe-style land seizures. She is going to be under pressure from the loud voices of the Economic Freedom Fighters and other supporters of land restitution without compensation on the one side and AfriForum and the Freedom Front Plus, which has grown its numbers in Parliament on the other side. Ramaphosa has spelt out what he wants in land restitution; which is that all parties should feel satisfied. Didiza’s appointment has been widely welcomed. As Mzukisi Qobo and Wandile Sihlobo point out in this article, republished with the kind permission of the Daily Maverick, Didiza has the right background for the job, she has the ‘battle scars’ to prove it. She is going to need it, to bring about land reform, which has recently been highlighted by the Economist as one of the biggest issues facing South Africa. – Linda van Tilburg

Can Thoko Didiza satisfy all sides in the crucial juggling act on land reform?

The appointment of Thoko Didiza as Minister of Agriculture, Land Reform, and Rural Development is a welcome development for the sector. Given the turbulence that this sector has gone through in recent times, the country needed someone with her calm demeanour, experience, wisdom, and networks.

In her previous stint in this ministry, spanning 1999 to 2006, she demonstrated a rare strength to bring together disparate groups and interests to develop a shared perspective on moving the agricultural sector forward. In this time, she earned the respect and trust of various farmer organisations and agribusinesses. It is worth underlining how fractious and politically incendiary this sector is, and will always be. Didiza is by no means an angel.

Thoko Didiza was the minister of land affairs for seven years, according to my count. She speaks about land reform and its failures as if she’s an outside observer. Seven damn years as a minister presiding over land reform. See why I don’t trust politicians? #BigDebate

That period had its fair share of failures as documented in the Motlanthe report on land reform, which undertook an extensive review of government policies and legislation for the past couple of years. These failures included a lack of financial and human capital to drive change in the sector. The failures were not entirely her own. Partly, the various farming groups could not transcend their parochial interests.

In Didiza you have someone who has battle scars. Hopefully, she had a moment of reflection during her time outside of government. Her previous experience combined with wisdom and a renewed sense of urgency should give her a new impetus to overcome previous institutional deficiencies and drive sustained change.

Further, the various groups in agriculture should by now have reached a point of fatigue in brinkmanship and bickering over policy. We simply cannot fiddle while Rome burns. There is a deep yearning for leadership and implementation in this sector. There is also bottled-up resentment over what many perceive as the slow pace of land reform. The advantage of having an experienced hand is that Didiza will hit the ground running. After all, she has not been entirely absent in the recent past.

In Parliament, she chaired the committee responsible for reviewing the wording of Section 25 of the Constitution of the Republic of South Africa, and that at a time when the land question was heavily debated. This is not to suggest that it will be smooth sailing for the new minister. There are short- to medium-term priorities on which Didiza will need to focus.

The first order of business will be to manage the smooth integration of the two departments (Land Reform and Agriculture), at least at the strategy level. This is to ensure there is a great deal of alignment in their core mandates, philosophical outlook, and priorities. The adjustment will be unsettling for many civil servants, with some having their roles redefined along the lines of the new strategic thrust of her department.

Second, Didiza will be managing complexity, given the robust debates about land reform and agriculture policy that are taking place across South Africa. Without a doubt, parties such as the Economic Freedom Fighters, NGOs, and other interest groups will continue to mount pressure on this critical policy issue. Didiza has had an opportunity to witness this debate when she was a presiding officer in Parliament and in the hot seat of the Section 25 review committee. She is used to political battles.

To grasp the nettle of institutional challenges and to build capabilities within her department, Didiza will need to draw on the resources of the private sector. She will also need to be sensitive to the concerns of the black farming groups and ensure that their voices and perspectives are heard in policy processes.

Third, since much of the implementation on land and agriculture happens at the provincial level, there is a need to enhance communication, cultivate a shared vision, and sustain coordination between the national department and provincial departments that are responsible for agriculture and land issues.

Fourth, one of the most vexed issues that farmers across the spectrum have always been concerned about is the ill-defined relationship between land rights and water rights. This issue is particularly important for the new generation farmers who acquire land but often with no corresponding access to water rights. Yet the relationship between food production and water is interlinked. This lacuna has induced unnecessary failures in the productive use of agricultural land. This is clearly one of the missing pieces in the puzzle for unlocking the potential of arable but under-utilised land in the country. The growth and productivity of the agriculture sector suffered as a result.

Overcoming this challenge requires that the Department of Agriculture, Land Reform, and Rural Development, on the one hand, works collaboratively with the Department of Human Settlements, Water, and Sanitation on the other hand. These departments have more to gain by working together as land reform is not limited to agriculture but is also crucial for human settlement, especially in the urban areas. There are policy synergies between these two departments that should be fully exploited.

Finally, President Cyril Ramaphosa rightly highlighted the need for speedy delivery from his Cabinet given the high expectations of the public to see concrete results. Agriculture should, therefore, be repositioned as a centrepiece for rural development, economic growth, and job creation. There is a need for a paradigm shift away from seeing this sector as merely about food security and livelihood, which are social policy questions. Agriculture is, indeed, a strategic economic sector that the country needs to support for economic growth, inclusion, and to boost its competitiveness in the global markets.

Success hinges on getting the strategy right, sequencing policy instruments, and ensuring that the department possesses the right capabilities. DM