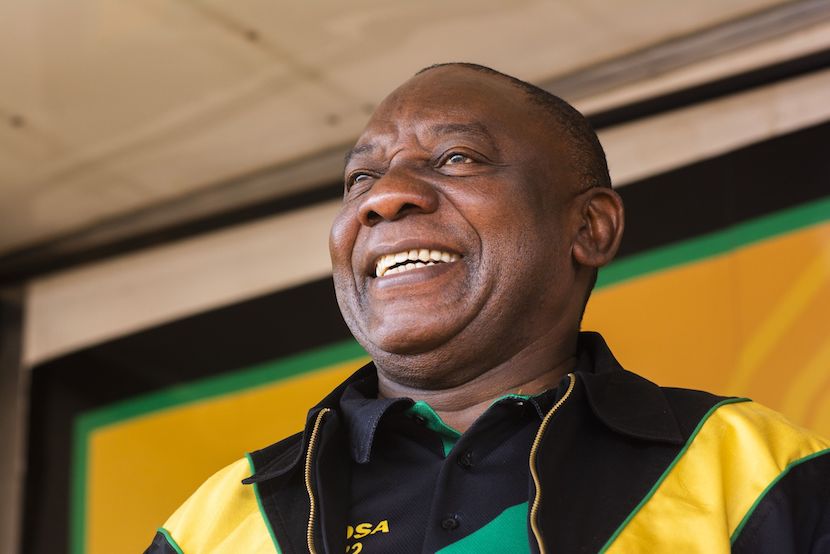 When ideology prevails in the face of all practical evidence that it’s not working, a country is in trouble. It happened under Verwoerd, it’s happened under Ramaphosa, less radically than his ANC predecessors perhaps. The ANC has not really deviated from official policy and ideology, except, during Zuptoid rule, to abuse them to plunder State coffers. Clues as to whether Ramaphosa will, like De Klerk, make a clean, or more likely, a partial break, from party ideology when he delivers his State of the Nation speech on Thursday, 13th, February, may emerge. If we’re lucky. This excellent piece, replete with irony, but using almost unassailable logic and reason, outlines concrete examples that back up the comparative contentions made earlier in this introduction. Can Cyril counter the combined effects of what the author calls ‘transformational drag,’ and the implosion of SOEs (through corruption, inefficiency and ensuing dysfunction)? We see the evidence for and against stacked up here. You’ll come away with your own conclusions – which his SONA may or may not bolster. One thing’s certain; ideology sucks – and in the final analysis, renders all politicians the same, regardless of how much they may protest and fulminate to the contrary. – Chris Bateman

30 years on: Is Ramaphosa preparing his version of FW’s “to the dustbin with ideology” speech?

Thirty years ago (on New Year’s Eve 1989), FW de Klerk knew that the South Africa was on the verge of massive change. The combined debilitating effects of apartheid’s shackles on the economy (including sanctions) and the impossibility to continue with the disenfranchisement of the majority of the population, prompted him to prepare his watershed 2 February 1990 speech in which he effectively pulled the plug on apartheid.

Will the combined negative legacy of the transformational drag on the economy and the implosion of state-owned enterprises (SOEs) prompt Ramaphosa to discard the ANC’s ideological stance in 2020?

Just as the NP had tried to shape the economy through racial laws and regulations (think job reservation, influx control, restrictions on trade), South Africa’s economic and enterprise policies since 1994 have been driven more by the ANC’s goal of transformation than by expanding the economy. The NP’s approach effectively enforced economic inefficiencies like high commuting costs and disregarded the full human resource potential of the country. The ANC’s rule also passionately embraced approaches that have side-lined the full human resource potential of the country (think BEE and affirmative action). This has contributed to economic inefficiencies, slow growth and rising unemployment.

The government often tries to blame low-economic growth and rising unemployment on corruption and state capture. Whilst these have contributed to the economic and institutional melt-down that South Africa is experiencing, they are the children of a range of anti-growth policies.

Ramaphosa had committed himself in his 2017 manifesto – “New Deal for South Africa” – to:

Two years down the line the ideological chickens have come home to roost. With at least two quarters of negative growth and the Eskom, SAA, the SABC and Denel effectively bankrupt businesses, 2019 was one long obituary on the demise of Ramaphoria.

There were, however, some developments that occasionally spurred some hope. The most important of these was the release of Treasury’s document “Economic transformation, inclusive growth and competitiveness”. The compromised acceptance of that document by the ANC’s NEC with firm commitments to the “transformational” role of the state in the economy, however, has put a damper on that. Ramaphosa himself poured iced water over the idea of selling off Eskom’s power stations: he referred to Kusile and Medupi as crown jewels that should be retained by the state.

Lack of policy clarity – as acknowledged in Treasury’s document – continues as South Africa is entering 2020 under threat of an investment downgrading by the last of the rating agencies that still has SA on their investment list. And whilst the uncertainty about policy direction continues, the country is steadily slipping from the top position of upper-middle income countries to the ranks of lower-middle income countries.

But the ANC government, just like its NP predecessor, try to run the economy by disregarding important components of the country’s human potential.

Apartheid’s systemic racial discrimination and its disregard for the human potential of its total population is often summarised in Hendrik Verwoerd’s remarks on the role of “Bantu education”:

“It is the policy of my department that the Bantu must be guided to serve his own community in all respects. There is no place for him in the European community above the level of certain forms of labour. Within his own community, however, all doors are open.”

The systemic legacy of that approach is well-known and documented. The irony is that several well-known education experts and commentators have remarked that the transformed public-school system is not providing improved outcomes. A dismal public education system (already more than a quarter century under the ANC’s auspices) is, therefore, a barricade that prevents the unlocking of the country’s human potential. Through inefficient school management systems, an underperforming teaching corps, and the legacy of entitlement, the output of the education system is failing to provide the skills and knowledge base to accelerate economic growth.

An efficient public education system with high outcome standards would have been the most effective empowerment instrument any government could mobilise.

Verwoerd advocated the idea of affirmative action and preferential opportunities for the Afrikaans-speaking white population, calling that approach “ewewigtige verspreiding” (a balanced distribution) or a quota system. As editor of Die Transvaler, he argued in 1937 that Jews had a disproportionate share of the wholesale and retail trades and that a balanced distribution that “corresponds to their percentages of the white population” for the Afrikaans and the English speaking white communities will only be achieved by refusing the Jews further trading licences. He also argued that the expansion of the economy must be placed at the disposal of the English and Afrikaans speaking white communities. For that he argued for legislation that would gradually but decisively ensure that each white section of the population should (as far as practical) enjoy a share of each major occupation in accordance with their proportion of the white population.

(Verwoerd’s ideas on legislative support for balancing the business opportunities between Jews, Afrikaans and English-speaking whites, did not materialise. The civil service and state-owned enterprises were, however, mobilised to combat the Poor White phenomenon. And apartheid’s statute book entrenched the colour line for job reservation and overwhelmingly for entrepreneurial opportunities.)

But the ANC is implementing Verwoerd’s approach with its obsession about a racial share in employment and the economy. On that score, Ramaphosa’s ideas sound akin to those of Verwoerd. In his New Deal Ramaphosa said: “We need to massify the creation, funding and development of black-owned small businesses, township businesses and co-operatives.” And Point 5 of his New Deal stressed the acceleration of the transfer of ownership and control of the economy to black South Africans.  It is not about growth oriented economic policies: it is about “transformation”.

Verwoerd would be envious of Ramaphosa’s social engineering

In March 2016 when vice president Ramaphosa was just as vocal as pres. Zuma on white monopoly capital, he said the time of white business monopolies was over and that the government was hell-bent on making sure blacks owned and managed the economy (We will end white control of the economy.)

Verwoerd would be jealous of this zealous social engineering.

On economic development in the “homelands”, Verwoerd was adamant that white-owned companies should not invest or trade there: that was the terrain for the development of black owned businesses. He was realistic enough that survivalist agricultural activities would be insufficient to sustain the black population. He therefore argued for white capital to invest in industries in “white” towns close to the homelands (border industries).

In addition, urban development with a modern economic sector was also required in the homelands. These “future Bantu towns and cities may arise partly in conjunction with Bantu industries of their own in those reserves.” In the establishment of such industries white businessmen must be prepared to help with capital and knowledge “in consciousness that such industries must, as soon as possible, wholly pass over into the hands of the Bantu”.

Underpinning this approach is a vision of separable economies and separate economic spaces. The vision is shared by Ramaphosa with several statements that the new factories and businesses will be located in the townships. And in September, one of the new stars in Ramaphosa’s (still bloated) cabinet, Ronald Lamola, talked about legislation that will bar foreign nationals from operating in certain sectors of the economy. Verwoerdian ideological economics with a perspective on areas where only some South Africans (Ramaphosa’s “our people”) will be allowed to invest and trade, is alive and well.

Ramaphosa must be aware of the damning criticism on BEE by the ASGISA International Advisory Panel.

The question is whether his SONA will indicate an awareness of how affirmative action and BEE is side-lining and driving productive knowledge abroad to the detriment of economic growth, efficiency and therefore also services to the poor.

Thirty years ago, De Klerk finally abandoned Verwoerdian ideology. The question is whether Ramaphosa will do the same or whether he will continue to embrace Verwoerd’s economic thoughts.