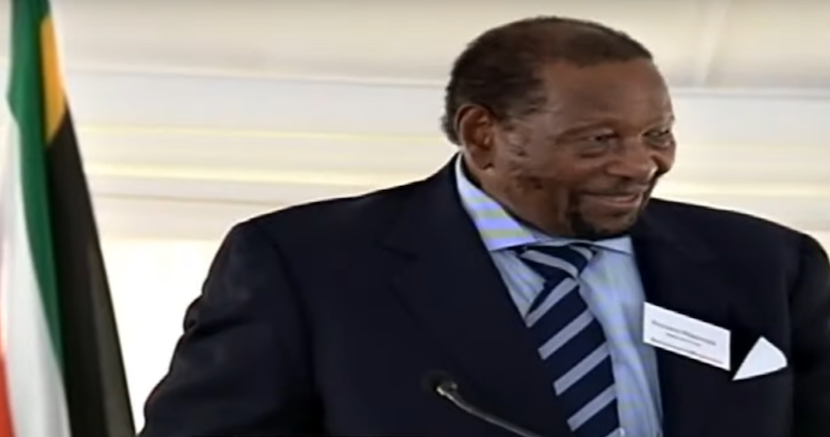 The perspective of a long-time ally of South Africa, veteran global finance and economics journalist, Barry D. Wood, who worked here in the darkest days of apartheid, sparked by the death of his erstwhile friend, trailblazer businessman, Dr Richard Maponya, is reassuring. Unbowed by restrictions unthinkable for a white businessman, Maponya was infectiously optimistic, resilient and innovative. Long before the ANC was unbanned and Madiba came to power, he was a self-made millionaire. Wood was among the first to document his story, a beacon of hope for those who believe you make your own luck, not wait for some ‘superior power’ to bestow largesse upon you, something too many of today’s youth expect. The road to success, fortune and influence seems today to be via a municipal council, provincial or legislative seat – or knowing someone already on one. Maponya’s legacy shatters this illusion. Modern SA social psychology might indicate that freedom (and thus access to riches) comes only through the ballot box, but fans of this narrative miss the ethic of selfless service upon which the ANC was built. This reminder by Wood bolsters a view that things have, in spite of the party losing its’ way, changed for the better. – Chris Bateman

Nineteen seventy-five was a time of rising tension in South Africa. The SASO/BPC terrorism trial of Durban students who had celebrated Mozambique’s approaching independence was underway. The Rhodesian war was heating up. The South African Defense Force was covertly fighting the MPLA and soon the Cubans in Angola. Internal security had been stepped up.

I got to know Richard Maponya at his shop in Dube, Soweto while preparing a story for The Financial Mail. His calm determination and good cheer were palpable. I was disarmed by his optimism and long-term thinking. When he accepted my dinner invitation I was both delighted, and later worried that I might inadvertently have done the wrong thing, putting he and his wife Marina in danger.

Richard Maponya and his wife Marina arrived at 40 Kerry Road, Parkview on a bright autumn Sunday afternoon. We had a fine time. He asked about America, from which my wife and I had recently arrived. After the meal, the four of us still seated at the dining room table, I sheepishly asked whether it would be safe if they departed after dark. I worried they could be in violation of the group areas act that forbade non-permitted Africans being in white areas after dark.

Richard laughed loudly, assuring me there was no reason to worry.

The Kerry Road house belonged to the eminent Wits university economics professor Ludwig Lachmann. We had rented us the property with its lush garden and lemon trees for five months while Ludwig took up a short-term teaching position at New York University.

The Lachmanns, like the Maponyas, shone a light into the complexity of South African society. Ludwig Lachmann, Jewish and a refugee from Hitler, wasn’t the kind of person I expected to meet in South Africa. Similarly, I hadn’t expected to encounter a man like Richard Maponya who built a business and in sense prospered in apartheid South Africa.

Finally, another visitor at Kerry Road was the tragic figure of Shun Chetty. Shun, from Durban, was an attorney defending the SASO/BPC trialists at the high court in Pretoria. We had met during the several days I sat in the gallery observing the proceedings.

Like Richard Maponya, Shun accepted my invitation to dinner. When he and his wife pulled up in front, Shun reached into the glove box and retrieved the vehicle registration. He then regaled me with the absurdities of apartheid as the registration stated that the owner of the car was “Asian.” “There you have it,” he said, “I’m driving an Asian Mercedes Benz.”

Sadly, after representing the Biko family at the inquest into Steve Biko’s death, Shun felt compelled to flee South Africa. Some years later we met again in Washington. It was obvious that he badly missed his homeland. After working for several United Nations agencies, when democracy arrived in South Africa Shun did return. But he died too early, in Pretoria in 2000 at the age of 59.

Richard Maponya’s death at the age of 99 reminds us how much things have changed. Forty-five years later it’s hard to realize there was a time when blacks couldn’t live in Johannesburg. And that a simple meal among blacks and whites in Parkview was an invitation to danger.

For those who rightly complain about the corruption and malaise of today, please recall the ghastly era of apartheid. South Africa is far better than it was.