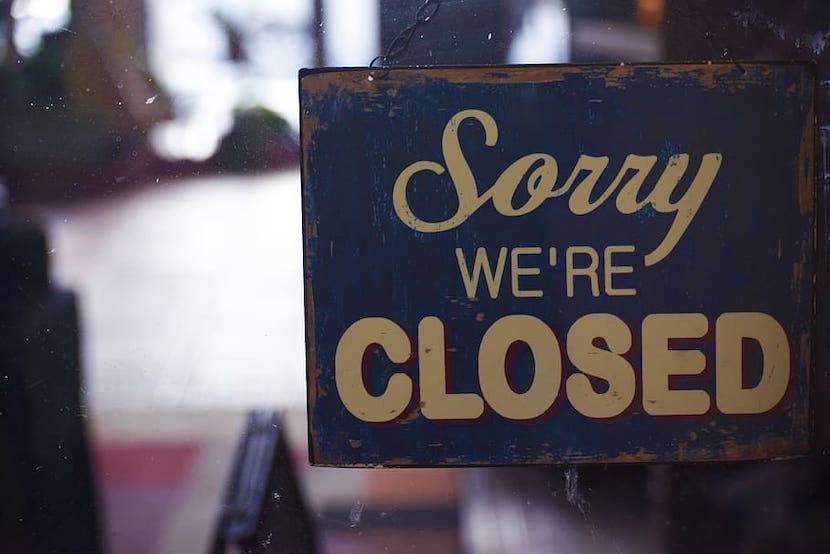 When the Covid-19 mushroom cloud erupted over Wuhan, my tiny hospitality business on the other side of the world started choking within days. First, the cancellations of visitors from China put a dent in the bookings. Then, the Italians pulled the plug on their holiday plans. At first it looked like the coronavirus was going to hammer mostly the travel and tourism sectors, but it wasn’t long before other businesses were being instructed to close as governments moved into crisis mode. In six weeks, the world has transformed, with millions of people being put out of work, or furloughed, and businesses – large and small – teetering on collapse. Insurers and large corporates, meanwhile, have played the Force Majeure card so that they don’t have to pay up for business interruption. If we can all get through this, we’ll hopefully be stronger. But in the meantime, it’s challenging to stay solvent as the bills keep rolling in. Daily Friend writer Jonathan Katzenellenbogen has been at the frontline, asking small business operators for their ideas on how to survive Covid-19 containment. Add yours to the list. – Jackie Cameron

In South Africa, the COVID-19 lockdown has come on top of a recession, a deep weakening of the rand, and a credit downgrade. For years, an unreliable power supply and rising Eskom tariffs, as well as low demand, have been taking a toll on the small guys. The lockdown has meant a complete drying up of income for most.

The Reserve Bank expects about 1 600 business insolvencies and 370 000 layoffs due to the lockdown.

What follows are the lockdown stories of four small business owners, selected on the basis of availability and willingness to talk. They are thinking about how to survive and what their alternatives are.

Liebermann Pottery was established by Sammy and Mary Liebermann in 1956, and, by the mid-1960s, had become a well-known name in South African tableware. At its peak in 1980, the pottery employed 155 people.

Today, the business employs 25 and, as a result of the lockdown, owner Adriaan Turgel expects to lay off about 20. When the lockdown ends, he will continue to operate his sales outlets, but will close the manufacturing side of the business. ‘We can’t see another way of dealing with the situation,’ says Turgel.

For the past ten years, the business has been barely profitable, and, with the lockdown, it is under severe pressure. Eskom’s lack of reliability has had a severe impact on the business, he says.

As the firm’s handmade lines have shrunk, the business has mostly sold imported and locally made pots.

For the past 6 years, Turgel says the factory in Marlboro, near Alexandra, has been without electricity for about 70 days a year, and often for months on end.  He says this is due to Eskom’s slow response in restoring power after cut-offs due to cable thefts and illegal connections. As a result of being unable to fire kilns, the company recently lost an order for pots from the United States.

‘We will not be able sell the Marlboro property in this climate, so perhaps we will make it into a Spaza shop,’ says Turgel.

Clive Stillerman is a third-generation shopkeeper and the owner of Benoni Discount Stores, which his immigrant parents started as a family grocer. Stillerman now only sells homewares such as crockery, pots, pans, cutlery, and linen to the consumer market and the hospitality industry.

‘As a young man I was master of my universe,’ he says. That was when he ran three stores and employed about 50 people. Today he employs 15 and he is paying full salaries over the lockdown period.

For the past decade, the business has made slim profits, mainly because of the shift in shopping to chain stores in malls. High street stores in small towns are under further pressure because of the deterioration in municipal and police services. And online selling is increasingly a source of competition.

He keeps the store going because it would be very expensive to liquidate stock, and laying off staff, ‘who are ageing and unemployable and often related to each other, would be difficult’.

‘I am closed so I have zero cash flowing in and am using my private savings to pay my monthlies. No income means expenses translate directly into a net loss. I don’t know how long my own personal savings can or should take this.

‘If we open on 17 April it will be in a muted way. There is not going to be big pent-up demand. Because of the drastic depreciation of the rand, prices will have to go up. People are now used to managing with less and are nervous to spend. I am petrified to go back, for my own health reasons and those of my staff and customers.’

Gary McDonogh owns and runs [email protected] Centre in Boksburg, which he established in 2004. The company makes fishing drones and also builds racing quadcopters. McDonogh employs six people, but will have to lay off one employee because of reduced sales.

Over the lockdown, he is working at home assembling orders for which clients have already paid. But, post-lockdown, he is concerned that his customers might not be able to afford a 20 percent price increase due to the weakening Rand. And airfreight costs have risen due to the reduced availability of flights. Exports will mean he is buying in dollars and earning in dollars, but his main markets in New Zealand and Australia have also suffered currency depreciations. With a drop in turnover, he may decide to give up his rented shop front and factory and work from home, as he is doing over the lockdown.

In anticipation of a loss of revenue, McDonogh has built a prototype of a splash-resistant medical face shield of a type in high demand with the spread of Covid-19.

‘We will have to be entrepreneurial and come up with a few ideas.

‘If this lockdown is extended we are in serious trouble,’ he says.

John Bleazard is the owner and manager of Welex Plastics, a Boksburg-based company which does vacuum-forming and laser-cutting to make items such as retail display stands, fridge liners and roof domes.

‘We have been struggling since the 2008 recession because of insufficient turnover and Eskom’s high cost of electricity. As the manufacturing process involves the heating up of plastic, it is energy intensive. The cost of electricity has more than doubled as a percentage of turnover over the past ten years – from about 2% to 5%,’ he says.

‘This year started well, as the first three months were 25% better than 2019, but, with the virus, there is no business.’

Bleazard has had to put his 13 staff members, most of whom have been with the company for more than 20 years, on unpaid leave. ‘We have no cash reserves,’ he says.

He will be looking into obtaining a grant of R25 000 from either of the funds set up by the Oppenheimer or Rupert families to keep on workers who might otherwise have been laid off. But he does not think he will apply for a five-year interest-free loan from one of the funds as it would add to the company’s debt burden.

‘To go back now and have to pay that fixed Eskom charge if we do not get enough turnover will be crippling. We will also have to pay a grossly unfair winter tariff to Eskom. If they put up electricity charges again, they are going to wipe out thousands of small businesses.’

‘If they are trying to kill off small business they could not do a better job.’

Bleazard is looking into obtaining UIF payments for the temporarily laid-off employees, but has been having problems with the UIF website, ‘and when we called the Labour Department, we were told the staff had gone home’.

‘I am 69 years old and have put my retirement savings back into the business, so I have no further savings. If we get back and there is no turnover, we will land up losing more money. So the future does not look bright,’ he says.