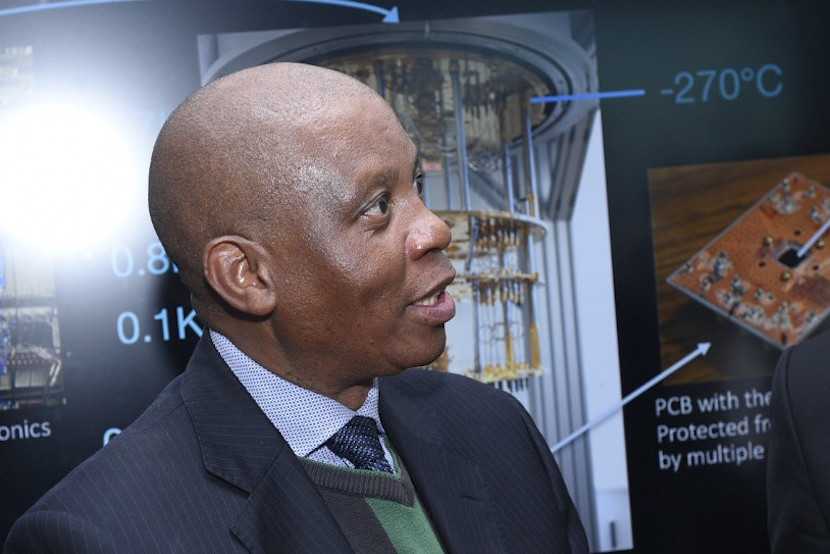 Herman Mashaba is an independent politician. He made his name in business in South Africa as the founder of Black Like Me products, which he launched in the 1980s. The African Leadership Academy says he started out with a clerical job at Spar, Pretoria for about seven months before working for just under two years at Motani Industries where he “managed to buy a car”. He has had investments in various sectors of the South African economy, from real estate to bullet-proof materials, and was awarded an Honorary Doctorate in Business Administration by Central University of Technology, Free State, says the Academy. After resigning from the Democratic Alliance and as Mayor of Johannesburg, Mashaba launched The People’s Dialogue in December. He says the objective is to “engage” South Africans in a conversation about the future of our country. He plans to take on ANC leaders when his party launches next month. – Editor

In December 2017 you were animated by a sense of hope that, in Cyril Ramaphosa, there was a reformer within the ANC who could shift South Africa into the right direction after the punishing Zuma years.

Like any business decision, this was made with the limited information available at the time. No political party was strong enough to unseat the ANC, so the best chance was from within the ANC. Cyril was making all the right sounds with the promise of ‘a new dawn’ and this seemed like the possibility of South Africa redeeming itself to the world again.

People who hadn’t voted for the ANC in years, or ever before, voted ANC with the mantra of giving Ramaphosa a strong mandate. But the signs were there, because the ANC fell by 5%, in spite of this, as long-loyal ANC voters saw the writing on the wall of Ramaphosa presidency, hamstrung by having to lead alongside Ace Magashule and company.

There are few people in this world that I have as little regard for as Cyril Ramaphosa. Even without the benefit of hindsight I knew him to be without the substance that leaders are made out of. With the benefit of hindsight, I would describe his presidency as gutless, spineless and anaemic.  After many years in business I can, at least, respect someone with views different from my own but backed by the courage of their convictions.

What business has taught me, is to be weary of someone who can speak easily with a forked tongue – like telling the investing community one thing and telling the tripartite alliance another.

The first real sign came when Ramaphosa announced his first cabinet. The promises of a leaner cabinet went out of the window as the need to appease factions within the ANC took precedence as a cabinet which bore close resemblance to that of Zuma’s was announced.

The next sign revealed itself in Ramaphosa’s much vaunted $100 billion investment drive. Investments that were already committed were packaged and presented as something new when, in fact, these would have largely happened irrespective of his presidency. As a matter of fact, one is hard pressed to point to a single economic reform that Ramaphosa has delivered in his presidency.

Then came the promise to fight corruption as a head of the NPA was appointed with all the right credentials and a State Capture Commission of Inquiry established under the leadership of the Deputy Chief Justice. Some startling revelations emerged from the hearings, but two years later what do South Africans have to point at as outcomes of this process? Not even one high profile case that was brought to prosecution to generate confidence in the project. Not even one.

As a matter of fact, I have a difficult time explaining to anyone how South Africa has been better off under Ramaphosa’s watch then it was under Zuma’s. Even before Covid-19, unemployment reached record highs and business confidence fell to record lows. There has been no answer to South Africa’s crime and gender-based violence rates and our continued decline in the eyes of the world has not slowed.

The truth arising from all this, is that Cyril Ramaphosa has not produced a single positive change for South Africa, our economy or our people. I cannot recall one tough but necessary decision made in the best interest of our economy. Because of this we limped into the economic challenge of Covid-19, as perhaps one of the least prepared countries in the world.

Then came Covid-19, something which has revealed the profound incompetence of our government. The economy was shut down in the longest hard lockdown in the world under the pretence that the time had to be used to generate additional capacity in our public health facilities. In this time, it would appear that 2 field hospitals were built outside of the Western Cape – just two. Long before the peak of infections, horror stories are already emerging about our facilities being overwhelmed.

Reports have already emerged showing this lockdown has cost 3 million jobs in the first quarter of 2020, with the prospect of a decline of 7% economic growth and a further 4 million jobs to be lost. The promise of a R500 billion stimulus package was more smoke and mirrors, and even the UIF and unemployment relief payments have failed spectacularly.

Regulations limiting freedoms of South Africans have been passed which were as arbitrary as they were bizarre. Prohibitions on the sale of open-toed shoes, taxis loaded to 100% capacity, families kept apart while casinos and churches operate and cigarettes and alcohol banned.

The undeniable truth is that never has so much good will, been squandered so badly, by one man, in democratic South African politics.

I write to you now to suggest that there is an alternative, one which promises not just hope but the action necessary to do what is required to fix our country. I didn’t make my money through political connections. I made it by doing what you have done – creating businesses, nurturing them and growing them in spite of government.

With a multitude of businesspeople, we are working to table economic plans for South Africa that we will launch with our new party. These plans are being crafted in partnership with people like yourself, who know what has to be done to get our economy working again.

We are going to tackle the difficult issues of unions, labour laws, state-owned entities, the professionalisation of the public service, necessary support for small businesses, declaring corruption public enemy number one and the return of the rule of law. It is only through the unapologetic and decisive support of business that we will grow an economy that creates jobs for South Africans.

It is going to be difficult; it is going to be a hard pill for some to swallow. There will be some who will oppose these measures vigorously because they threaten the fabric of patronage on which they survive but they will be necessary.

Ahead of our launch at the end of August this year, I can already say that we will build a movement that will do what no other party can do in South Africa – that is to successfully challenge for national power and unseat the ANC in 2024.

If the last two years of Ramaphosa’s presidency has shown us anything, it is that South Africa and the ANC cannot exist in mutual prosperity – one must give way and it cannot be South Africa.

Founder and Chairperson of The People’s Dialogue.