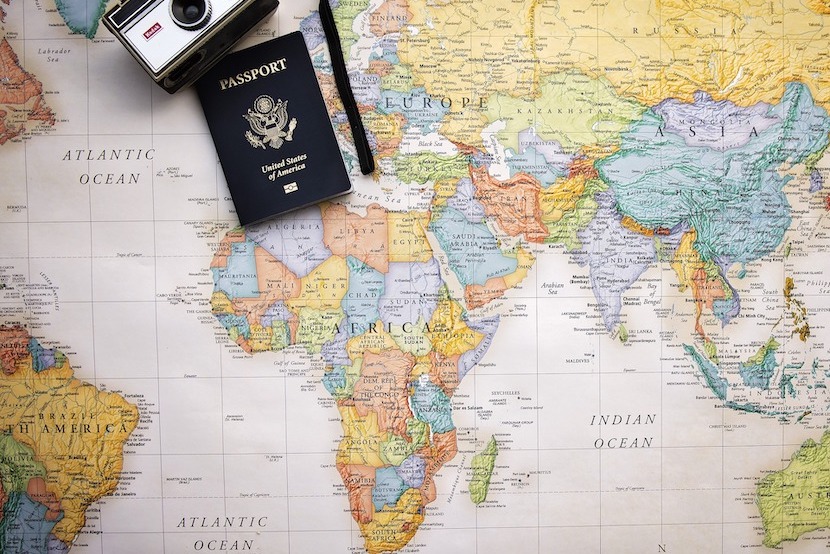 Sanisha Packirisamy, an economist at Momentum Investments, says of emigration: “You end up losing innovative ideas which could potentially take the country forward.” The greatest issue, of course, is a shrinking tax base. “South Africa is reliant on a narrow base to support the stretched fiscus,” says Packirisamy. “The number of assessed taxpayers calculated by SARS dropped from 5.5 million in 2017 to 4.9 million in 2018, while the number of social grant recipients increased to 17.616 million in 2018/2019.” In this letter, Professor Alexander Pierre Faure of Rhodes University describes the need to tackle corruption so that we don’t lose any more tax-paying citizens. A former central banker, Faure has written extensively on monetary economics. – Claire Badenhorst

On the radio this morning someone said that the government has totally ruined the country and he and family are totally gatvol and are leaving. [He possibly also thought that he is being “driven to drink” – which demand is satisfied by SA’s new thriving bootlegging businesses (which is creating many new criminals).

He has reached a state of maximum-gatvolness, as have many other citizens. People leaving our shores in droves is nothing new, but it is accelerating, because of the perception that corruption is endemic and has never been higher. Educated South Africans have left/are leaving because of the high demand from the many high-income countries whose populations are declining – because their fertility rates are lower that the replacement rate of 2.1 children per mother.

Another reason for leaving is the fact that, in international terms, we have been getting poorer for a long time, not only under our current government. The accompanying time series chart (nominal US$) provides the evidence: GDP per capita for Singapore and South Africa. As you look at the chart keep in mind that South Africa is richly endowed with mineral wealth and Singapore has none. It became wealthy because of the quality of its Human Capita. (I remind you of the hysterical verbal hiding Mrs Zille got around the Singapore colonialism story.) 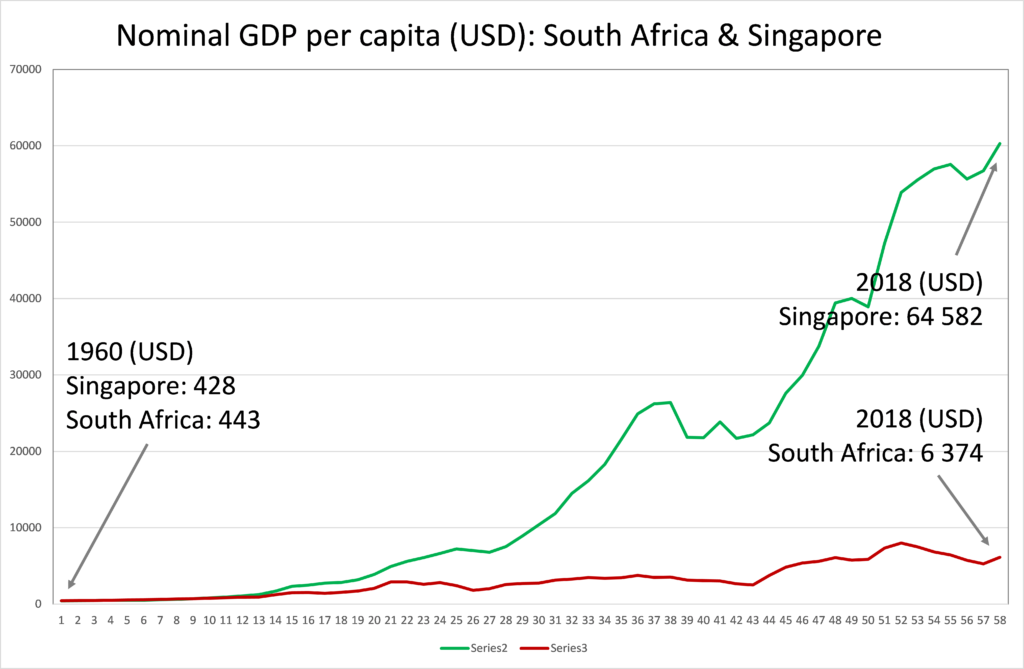 My first plea: This maximum-gatvolness state of the psyche of the nation, could just be the turning point in SA’s mis/fortunes. In order to rebuild SA after the rot is chiselled out, we need high-grade skilled and honest Human Capital. We are going to see major changes in government sector in terms of rectifying the quality of the Formal Institutions of the country. So, please stick around for a while.

My second plea: On two occasions in the press, I (and others) have called for a conditional corruption amnesty. The conditions in a nutshell: (1) Admission of guilt via a lawyer, within a month of the declaration; (2) pay back the money (including salary while engaging in corruption) via the lawyer and an accountant after their investigations; (3) anyone suspected of corruption who has not come forward will be investigated and, if found guilty, jailed, and all his/her assets sold to recover the money.

Read also: Tim Modise asks law-enforcers: where are we on arresting corruption in South Africa?

I repeat this call because we have all seen recently the abyss-like depth of corruption. It is obvious that it is going to take many years to investigate and prosecute the myriad perpetrators. It is costing a fortune, and that cost will escalate substantially further. An amnesty has three advantages: (1) the perpetrators will be named within a month, which is what the public want; (2) the ill-gotten gains will be paid back sooner; (3) the cost will be for the perpetrators and not for the gatvol taxpayer; (4) the government may regain some Political Capital (especially the President who is seen to bow to the NEC’s suspect decisions); (5) Social Trust may be restored to a degree.