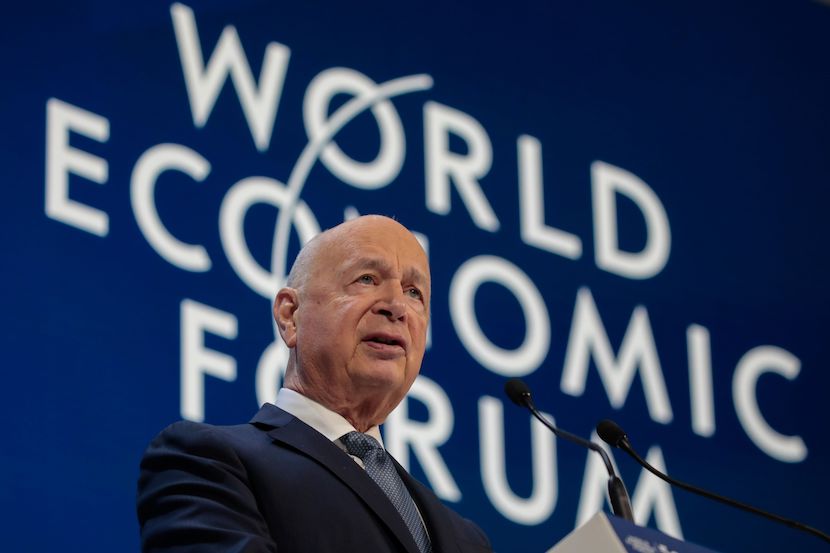 ‘The Great Reset’ is a plan drawn up by the World Economic Forum (WEF), an annual conference for high-profile individuals from business and politics. It explores how countries could recover from the economic damage caused by the Covid-19 pandemic. WEF Founder and Executive Chairman Klaus Schwab and Thierry Malleret have even penned a book, titled, ‘COVID-19: The Great Reset’, which looks at how “the coronavirus crisis has wrought economic disruption on a monumental scale, contributing to a dangerous and volatile global upheaval – politically, socially and geopolitically – while raising deep concerns about the environment and the extending reach of technology into our lives.” Since it was first mentioned, the Great Reset has sparked conspiracy theories and alarm. Fears are that a group of global leaders are using the pandemic to introduce a range of sinister and damaging socialist and environmental policies. Retired judge Rex van Schalkwyk, writing for the Free Market Foundation, assesses the concept. – Claire Badenhorst

You will own nothing and you will be happy

Klaus Schwab is the principal driver of that orgy of privilege and opulence; the grandiosely titled World Economic Forum, held annually at the Swiss resort town of Davos. He and only a very few others, including notables such as George Soros, have a formula for what has come to be known as the Great Reset. We – the eight billion of us making up the remainder – have not been consulted, nor even considered, in this bold experiment in social engineering. We are the pieces on the board with no purpose other than to suffer an inevitable fate at the hands of a self-appointed elect.

The mantra, unfamiliar to many and soon to become a universal slogan, is encapsulated in a simple promise of happiness to be experienced equally by all. You will own nothing and you will be happy. This is so eerily similar to the promise of the utopian ideal of Karl Marx and Vladimir Ulyanov Lenin as to be indistinguishable.

Utopianism has been a social challenge for many generations. Few utopians however grasp the practical implications of their ideal, which involves the twin issues of production and consumption. It is likely, of course, that in the brave new world of no ownership all the productive work will be done by robots so that toil and even intellectual engagement will become redundant. But what of consumption? In the previous century there was one person, a philosopher no less, who attempted a practical solution to the question of consumption (of food, if not of the other essentials for life). Bertrand Russell came up with this idea.

At the start, when individuals become cyphers and nations cease to exist, an audit will be held to determine the population of each community. A central authority will be tasked with the responsibility of keeping the records and will distribute the world’s food production in accordance with the needs allocation determined by that authority. Thereafter the food distribution will be done to accord with the pre-determined population audit, adjusted by an appropriate formula.

Any community which increased its population in excess of that determination would not receive more food on that account. In this way obedience to a novel method of population control will have been achieved. The method: starvation. It is interesting that many of the one-worlders like the Rockefellers, Bill Gates and Henry Kissinger, have made no secret of their opinion that the world is overpopulated. Now, it is proposed that a compulsory vaccination certificate, and even an implanted identity chip, be implemented as additional methods of population control.

The liberal triad was formulated in this way by John Locke: Life, liberty and property. He understood, very well, as does Klaus Schwab, that the liberated individual is owner also of life and property. Deprive an individual of his property and he is deprived of his liberty. Murray Rothbard has described liberty as self-ownership: the liberated individual owns his person as well as what he does with that person, including the productive effort made. Anything accumulated as a result of that enterprise becomes an integrated part of that individual. It is only by violating the liberty of the individual and of his person that ownership can involuntarily be taken. This must inevitably involve violence, or the threat of violence.

Read also: Are we a Zuptoid or a Constitutional democracy? – Free Market Foundation

The confiscation of property and the deprivation of liberty that ensues always heralds the onset of totalitarianism, for how else can a government destroy an individual’s self-worth, but by totalitarian methods. It was not through chance or inadvertence that the Kulaks, that hard-working peasant class that came to relative prosperity after the 1918 Revolution in Russia, were methodically exterminated by a polity that was said to favour the working class of the time. They had become the equivalent of a landed working class. A landed working class would soon, it was assumed, become a landed gentry, and that could not be tolerated. And so ownership was outlawed, just as Schwab proposes, and with it the virtue of self-worth.

Who then will own the world? The mythical version will almost certainly be we all do, and, because we all do, none of us individually owns anything. In practice it is certain that Schwab, Soros, the Rockefellers and the others will, like the political elite of the Soviet era, own everything. They will have installed themselves as the masters of the universe. And the problem of the dispossessed hordes may be solved as Bertrand Russell had proposed.

President Cyril Ramaphosa has not spoken of a great reset, but he has said, repeatedly, that there is to be a new economy after the Coronavirus crisis has abated. This new economy is to be based upon the policy of Radical Economic Transformation of which there are two critical components: Broad-based black economic empowerment and expropriation of property without compensation. This is all part of the broader agenda, to which Ramaphosa has repeatedly committed the government, of the National Democratic Revolution; a Soviet inspired programme with the inherent paradox that it is an incumbent government that promotes the revolution.

Of course, Schwab’s ideal is also a revolutionary one. His is, however, a revolution on a grand scale. It is nothing less than a revolution against the settled values of the whole world. The reach of this ambition will surely act as an inspiration for the far more modest scheme embraced by the ANC government.

Covid-19 has been an invaluable test to determine the feasibility of these policies because it has demonstrated how easy it is for politicians to extract obedience, even if done against the popular will. This is almost certainly the reason why Schwab and Ramaphosa, and others, are likely to attempt, at least, to seize the moment.