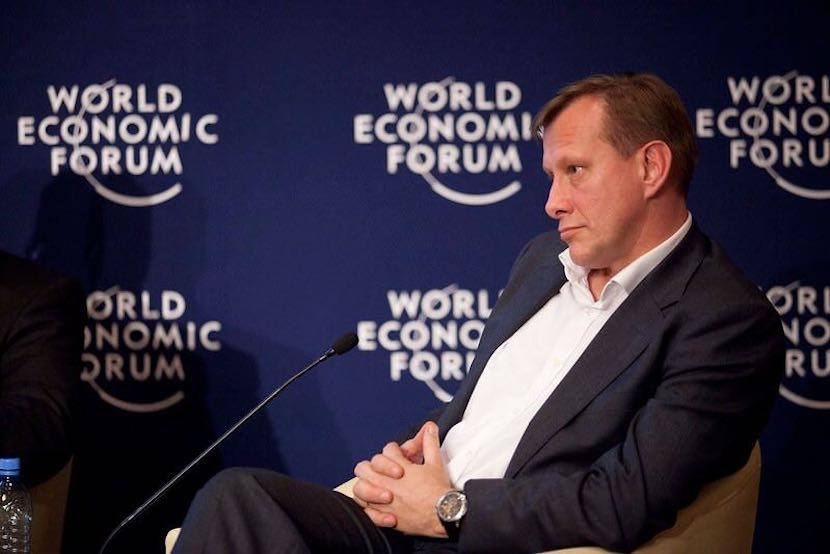 The overall message from most of the participants and speakers at the World Economic Forum was that we need to change how we conduct business to save a planet that is experiencing more extreme weather and an increase in temperatures. At WEF, George Soros pronounced that the ‘fate of the world’ is at stake. US President Donald Trump however rejected that it was a crisis denouncing the ‘prophets of doom’ earlier in the week. It comes as bush fires are still burning in Australia; drought is leading to food shortages in Zimbabwe and most areas of the world are experiencing more extreme weather. The southern countries of the planet and Africa in particular is predicted to be the most vulnerable to climate change. But what does that mean for us at the southern tip of Africa? The Head of the Food Systems Initiative and member of WEF’s Executive Committee, Sean de Cleene says the exact impact is hard to predict. He said there were ways in which southern Africa could adapt with innovation and not only survive but turn it into an opportunity. – Linda van Tilburg

This coverage of the global conversation on change, is brought to you by BrightRock. The first ever needs matched life insurance that changes as your life changes.

Everybody’s wondering what’s going to happen with global warming. I’m speaking to Sean de Cleene from New Zealand. He’s head of Food Systems Initiative and a member of the Executive Committee of the World Economic Forum. Let’s talk rugby first. What do you say about the win of the Springboks?

That was wonderful. I just thought it was a magic occasion for South Africa. I lived in South Africa for many years and so am very partial to South African rugby and I just thought South Africa’s time had come and it obviously showed that they were playing for something much bigger than rugby. For the world and for everyone this was a great thing.

With regards to global warming, they always say the southern countries – which includes New Zealand and South Africa in particular – would have a problem. There’s already food shortages and droughts. How do you think the South would be affected by global warming?

I also lived in Australia for many years and it’s interesting being back in Australia over Christmas seeing the fires and you see this happening in real time. What’s happening is the rest of the world on average, has gone up about one degree, Australia is now up two degrees – because of its proximity to the Antarctic and the way that the cold air/hot air currents were shifting – so in a way you’re already seeing that jump of what one degree can do, to suddenly jump two degrees, you’re moving into much more volatility, it’s much more extreme. So there were obviously a lot of issues that underpin the fires in Australia – droughts and all of those kinds of things – but what it does show is the extreme nature and I think that’s what we’re going to start to see more of and we won’t necessarily be able to predict in what form that will happen, but I think we’re going to see more of those extreme events in a much quicker rotation than we would have historically.

The food urgency wouldn’t be in countries like New Zealand and Australia, it would be in Africa. Are you starting to talk about that because there’s already food shortages in Zimbabwe?

There’s a backlash against genetically modified foods, which will probably help us grow hardier crops. Is that something we need to overcome to supply food to those areas?

We probably don’t. So is there openness of governments – I’m talking Southern Africa – is there an acceptance there that we need to change whatever model so that even a subsistence farmer would be able to survive?

In many ways – we’ve seen this many times in Southern or Eastern Africa – there’s that ability to leapfrog innovation. We saw that with cell phone technology coming originally out of South Africa and how they use cell phones and the innovation around that. We’re now seeing that in terms of financing in Kenya, really dynamic cutting edge technology use that can actually leapfrog and allow us to create the systems that will allow us to – not just adapt to this – but to go even further having a positive influence on how this can work. Southern Africa is an agricultural region and actually in many ways, if we rethink farming practices, we would look at the way we subsidise farming and would create subsidies to encourage farmers to take more regenerative practices. Actually the millions of hectares that are available in Southern Africa could become a carbon sink where farmers could actually trade that on a carbon market and make a secondary income out of improving the quality of the soil or something like that, and so all of these innovations are coming on stream.

What exactly do you mean by carbon sink?