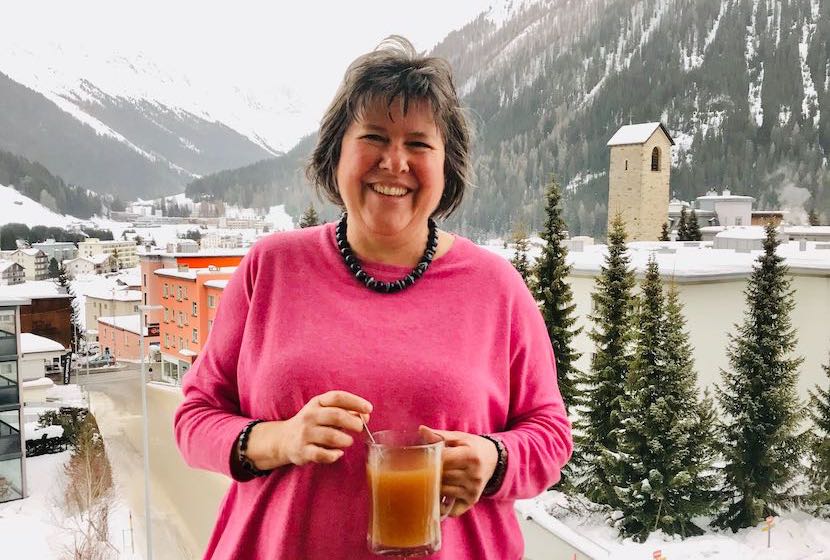 The name Davos is almost interchangeable with the World Economic Forum, even though WEF holds several other international meetings every year. For five hectic days, the world’s elite come to a tiny town in the Alps where it becomes the place to be heard and the place to be seen. This year, at WEF’s 50th anniversary, the discussion on the tables was the increasing revolt of people around the world against economic elites which they feel betrayed them and that “efforts to keep global warming limited to 1.5°C are falling dangerously short.” And it did seem as if Greta Thunberg’s call to the forum last year that it’s time to panic about climate change might be finally starting to hit home as attendees showed more alarm at the teenage activist’s message. Companies and governments are likely to be increasingly measured against a scorecard on how they shape up to a form of capitalism where not only the shareholders, but the planet and communities are also taken into account. But what happens to Davos once everybody has packed up and leave? Biznews spoke to a local newspaper editor and resident, Barbara Gassler who has for the past years hosted the team. Barbara who likes a big jug of tea every morning and evening, tells a story of a town with “shops left like empty eyes” and how the “fair” that accompanies the WEF has evolved into an uncontrollable beast. – Linda van Tilburg

This coverage of the global conversation on change is brought to you by BrightRock the first ever needs matched life insurance that changes as your life changes.

I’m here with Barbara Gassler, editor of  the local newspaper Davoser Zeitung and someone who has seen many World Economic Forum meetings. Barbara what is different this year?

It’s getting bigger every year. We’ve grown used to having more and more of these side events popping up every year and every year there’s another one added to it. And it’s becoming difficult to distinguish between the WEF (World Economic Forum) and the side ones that we are having and it’s crowding the city. They are pushing out local people. And it’s becoming sort of unpleasant. On one hand we know they’re bringing in big money. On the other hand; they’re taking over our town. And they’re taking it over more and more every year. Now there’s a feeling, ‘It’s enough. We don’t want them anymore.’

Would the Davos residents like WEF to go somewhere else?

No, not at all. There’s no ill-feeling towards the WEF. Every year we vote about  the security costs, because the town of Davos has to shoulder part of and we have to vote on that. And every time, there is an overwhelming majority that indicate that the people of Davos want WEF. What they’re not happy with, are the other side events. Businesses that  have no connection with the WEF, set up shops in Davos; somebody recently used the word ‘fair’ and that is what it has really become – an image fair, for I don’t even know whom. There is a Caspian week; what does that have to do with WEF; Russia House, India House; every state of India now has its own house. What for? That’s something we don’t fully understand because they’re transforming the shops into something entirely new. There’s a lot of building going on before the WEF takes place and that building already starts in December; so our town starts transforming already in December and then in January we have two weeks that is just building and after the meeting of WEF (Davos); it’s another week of tearing everything down.

Every one of those; these additional buildings that have been erected just disappear again. Then there are those shops that remain empty for the rest of the year and then again some of our shops are cleared out and filled again; you’ve got a combination of all of that. We have the same problems that shops all over the world are experiencing where online businesses start taking over. In Davos, shop owners manage to make enough money over the WEF week so  that they don’t have any pressure on them to look for tenants for the rest of the year and there is no incentive for somebody to take this shop to bring it back to life again. So, you have a shop that’s open now and again but there are many empty shops; it’s like empty eyes looking back at you. It isn’t fun anymore and doesn’t help that the money flows in without anybody and anything doing anything.

Does the WEF do any good for the town?

It does a lot. There’s so many people coming here and it’s big money and somebody once calculated 60 million Swiss Franc a year pouring into Switzerland just for this one week. So, it’s a huge amount of money. And then there is the image thing as well. Here in Davos, we talk about the WEF, but on the outside, people call it Davos, meaning the annual meeting and it is known all over the world. It’s a huge contribution to a sports town and a tourist destination. So, yes the WEF is good for us.

This year only vegetarian food was served by WEF, that is what I noticed in the Media Village, which some people were not very happy about.

I never went to the media village myself. I think it’s just part of the sustainability question. If you want to put out less CO2; you have to have less cows, sheep, pork and so on to produce it. So vegetarian is certainly a way to reduce your footprint on this earth.

Did you follow the debates on this year’s theme – stakeholder capitalism?

For the founder of the World Economic Forum, Klaus Schwab; it is not really a new idea; the idea that companies should care for everybody, not only for its shareholders and it should not only be about profits. Schwab started talking about this in the seventies and has pushed it back into the spotlight with the second manifesto, but it’s always been there and he is now reinforcing the idea that companies should care for everybody and it should be taken into account in a company’s decision making. Companies should consider the influence of the community and the environment as well.

Do you share some of the cynicism of the World Economic Forum? Some people say it’s not sustainable because it has this image of incredible wealth. The people who attend, that tiny, tiny section of society is out of touch with what is really going on in the world?

I was at the opening and was waiting there for some people to arrive. I talked to some of the participants and I asked them; why are you here and nobody told me to make business. One lady told me; “this is the place where business leaders can take a step back from their usual business and look at how that action has an influence on other things.” Another man told me “this is a place where we talk about things to come and we get people to move in the right direction; it’s peer pressure.” And one I asked; “how much business have you made?” And he said, “I’ve been all over the place.; it’s my third time in Davos. I’ve never concluded a business contract here.” As I understand they are discussing ideas; they’re looking far ahead on what could come. That’s WEF life. But what happens outside, the lavish parties in hotels; that is the part I never get at all.

Isn’t that what the cynicism is all about; the big black cars driving around, the helicopters flying in, apartments going for as much as… 50 000 Swiss Franc a week. And somebody mentioned that a hot dog would cost $43. I don’t know where they bought the hot dog.  I haven’t seen it. I only had free food the whole week and delegates don’t really need to buy food. Isn’t that perhaps what gives it the wrong image but the ‘image fairs’ as you called it and that display of wealth is not really what WEF is about?

It is actually what gives the companies coming here the wrong impression. They are prepared to spend an enormous amount of money and they’re willing to pay exorbitant prices just to be there for two, two and a half days. And they’d do anything to get in here and to have that. When companies do that you automatically reflect on the rest of the whole group coming. And of course, there are the big shots and they have money to spend. There are the two sides. On the one side, people actually talking about the future and on the other side… A friend, who is a fireman called me to tell me he was at a private party and Lenny Kravitz was there. I don’t think Lenny Kravitz is very cheap to fly in.

Barbara Gassler, thank you for the wonderful week in which you were my host.