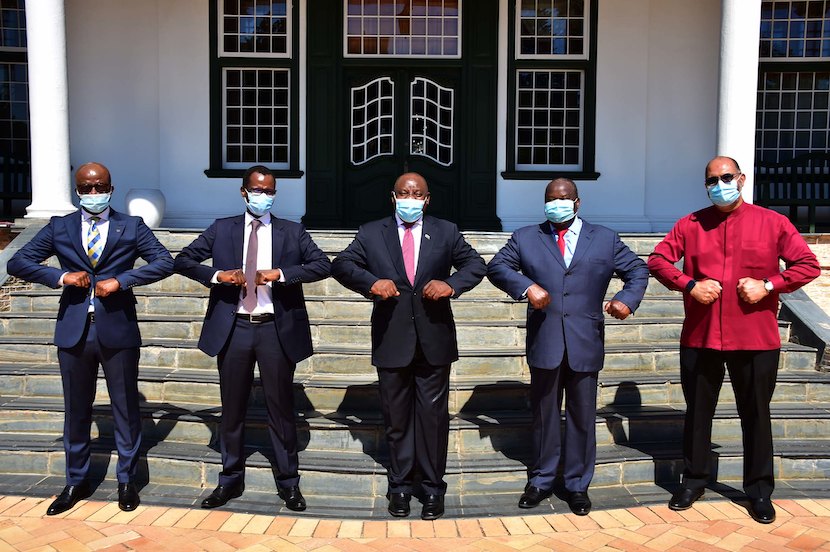 Government is in crisis. Scrambling to solve massive debt resulting from its own failure to tackle looting and corruption. Squeezing the country’s shrinking tax base, to fund an ever-growing budget has become unsustainable. Government has now begun to cut back on what little it gives to its struggling voters. There’s nowhere to hide and it can no longer be denied- The government is running out of other people’s money. Dr Anthea Jeffery writes that even in these times of crisis, there is hope. Mounting pressure on South Africans to hand over more, including property and pension funds, could trigger change if abused citizens stand together. – Melani Nathan

‘Running out of other people’s money’

‘The problem with socialism’, as British prime minister Margaret Thatcher memorably said, ‘is that you eventually run out of other people’s money.’ The truth of this pithy observation is increasingly being brought home to South Africans – as a clutch of media reports from the past week reveal.

The Zondo commission of inquiry into state capture has been unable to pay the salaries of its investigators and lawyers for the past five months. Parliament is short of R500m to pay employee salaries and will have to embark on retrenchments. The Unemployment Insurance Fund cannot afford to maintain its Temporary Employer/Employee Relief Scheme (TERS) – under which it has paid out some R58bn in Covid-19 lockdown relief – beyond mid-March.

The South African Post Office, which expects to show a R2.1bn loss for the 2020/21 financial year, owes some R640m to its suppliers, many of whom were last paid in August 2020. State arms maker Denel has lost R4.4bn over the past three years and has been ordered by the Johannesburg labour court to pay outstanding salaries amounting to some R12.7m.

The National Student Financial Aid Scheme (NSFAS) confronts a major funding shortfall and needs universities to delay their first-year registration processes for two weeks while the National Treasury tries to find more money. And the South African Police Service (SAPS) has lost some eight million items of forensic evidence collected from crime scenes because a computer service provider was not adequately paid.

That the government is running out of money is also crystal clear from the 2021/22 budget tabled in Parliament last month by finance minister Tito Mboweni. Even social grants are now to shrink in real terms over the next three years, because the government cannot afford inflation-related increases. Spending on education, healthcare, housing, policing, and the public sector wage bill will also be lower in real terms.

Reduced spending has triggered a predictable outcry from the Left. However, in the absence of the growth-focused reforms that would offer by far the best solution, cutting the state’s costs is vital to stave off the growing risk of a sovereign debt default – the final stage in the process that Thatcher describes.

Given its aversion to reform, the government is trying to find new ways to extract more resources from individuals and the private sector. However, taxes cannot easily be increased, as the tax base is already both narrow and shrinking.

In 2013 some 5.9 million people earned enough to be assessed for tax, but by 2019 that number had fallen to 4.3 million. Most of those assessed for tax in 2019 paid relatively little, moreover. By far the heaviest burden thus fell on a small group of some 890,000 individuals, who together paid 73% of the R530bn in personal income tax collected that year. (Much the same pattern is evident for corporate income tax as well.)

South Africa’s tax take, as a proportion of GDP, is also very high. That proportion stood at around 20% some two decades ago. But the economy has stagnated in recent years, whereas the tax take has continued to increase – and now stands at nearly 30% of GDP.

Though new taxes on wealth and land might nevertheless be introduced in time, the government’s main focus, for now, is on seeking to increase its control over the country’s large pot of pension and other savings.

Pension savings currently amount to some R4trn, while the country’s banks have roughly R6.5trn in assets. In addition, the life insurance and unit trust industries manage assets valued at R3.2trn and R2.7trn respectively.

These large numbers explain why the SACP/ANC alliance has long been intent (as the SACP puts it) on ‘mobilising…the immense resources…controlled by…private capital’ into serving the needs of its national democratic revolution (NDR).

Strong opposition to the introduction of prescribed assets for pension funds has nevertheless caused the alliance to draw back, at least for the present. Proposed amendments to Regulation 28 under the Pension Funds Act – which sets maximum limits for investments in various asset classes, including equities and foreign assets – were gazetted for comment in late February.

These draft regulations do not compel pension funds to invest in government infrastructure projects, but rather aim to ‘make it easier’ for them to do so, as the Treasury puts it. The proposed changes will, however, oblige pension funds to provide a full record of their investments in infrastructure, so as to ‘enable much better data and measurement’. This suggests that, if the voluntary investments so disclosed are deemed insufficient, this may in time be used to justify compulsion.

In the firing line

Moreover, it is not only pension funds that are in the firing line. The SACP/ANC has long wanted to increase its control over other financial institutions as well – and especially over the banks and other entities that currently manage assets valued at some R12.4tn, as earlier outlined.

This desire for increased state control is a key rationale for the Expropriation Bill of 2020 (the Bill). Contrary to what the government and most other commentators persist in asserting, this Bill is not merely or even mainly a land reform measure, as the property it covers is expressly ‘not limited to land’.

Particularly important is the Bill’s definition of ‘expropriation’ as meaning the ‘compulsory acquisition’ of property by the state. At this point in the NDR’s implementation, the government is unlikely to take ownership of private banks and other financial institutions for little or no compensation. What it wants instead is the capacity to compel them to sustain the revolution by investing in government and SOE bonds for nil or minimal returns.

Under the generally accepted definition of expropriation, pension savers and other investors should be able to claim compensation for the losses resulting from such indirect or ‘regulatory’ expropriations. But the Bill’s narrow definition is intended to preclude this – and to empower the government to direct large swathes of private capital to NDR purposes without any compensation having to be paid.

The Bill’s sweeping provisions on land expropriation are important to the NDR as well. The Bill will make it cheap and easy for the state to expropriate land of all kinds, along with the improvements on it. This will further empower the revolutionary alliance, while severely weakening the property rights vital to the market economy.

The Bill will also undermine the rule of law by encouraging land invasions and the hijacking of buildings. Owners who have lost ‘control’ of their assets through illegal actions of this kind will be deemed to have ‘abandoned’ them. Under the Bill, this may suffice to justify the payment of ‘nil’ compensation on the subsequent expropriation of those assets.

(This wording in the Bill seems calculated to generate a repeat of events in Venezuela. Here, the law was amended to allow the expropriation of ‘idle’ and insufficiently ‘productive’ land – and invasions were often targeted at successful farms to hamper operations, reduce productivity, and open the way to expropriation.)

Expropriation without compensation (EWC) is, of course, the ultimate tax on homes, farms, factories, mines, and other premises – plus pension and other savings. Yet most of the commentators who have endorsed the Bill and/or praised the budget have carefully sidestepped this issue. South Africans, however, deserve to know that EWC will effectively raise the tax rate, on assets so taken into state ownership or control, to no less than 100%.

The stratagems being used to augment the already heavy tax take and siphon off savings and other resources for NDR implementation underscore a growing pattern of citizen abuse. Such abuse is evident, as the IRR has pointed out, when the government enables large-scale corruption, tolerates outright looting, lies about its actions and intentions, stigmatises and threatens its ‘class’ enemies, and refuses to draw back from a destructive ideology known to have brought penury and premature death to tens of millions of people.

Aided by the lengthy Covid-19 lockdown, NDR implementation over the past 27 years has generated a profound crisis and left the state scrambling for sufficient money. However, deep deficits of the kind now evident can also help to trigger change. They can limit the flow of resources into the government’s patronage machine and thus weaken the SACP/ANC alliance. They can also help to spark resistance, prompt the moderate majority to stand more closely together – and hasten the political realignment needed to stop citizen abuse and turn the country around.