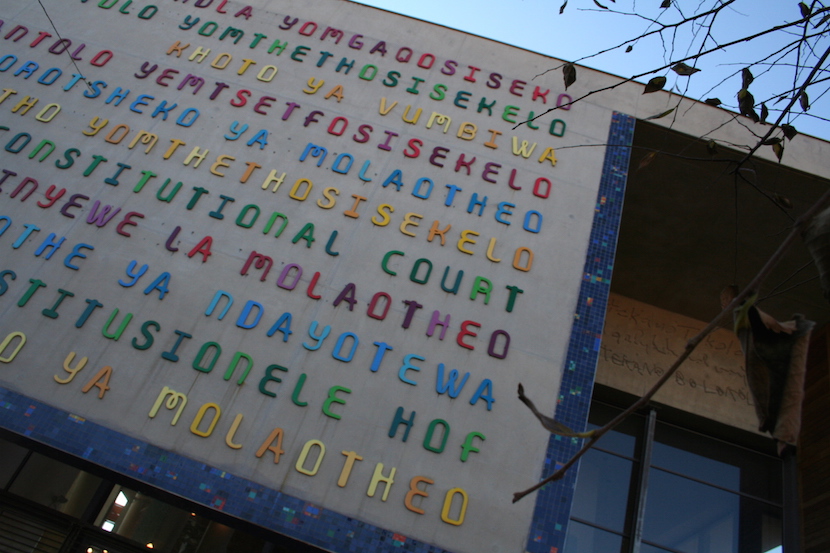 Anthea Jeffery of the Institute of Race Relations is a leading authority on land expropriation (or EWC – expropriation without compensation). She has been advocating against land expropriation, spelling out the implications this may have on the already fragile South African economy. In an article published on BizNews earlier this year, Jeffery commented that ‘the mere threat of widespread expropriation, especially for ‘nil’ compensation, is enough to deter most direct investment and stall any prospect of economic recovery. Many South Africans are worried about what it may mean for their personal property, with fears of homes and assets being taken without anything in exchange. Below, the IRR’s Head of Policy research notes there is a ‘deep divide’ on the amendment bill. ‘The Ad Hoc invited several organisations to make oral submissions to it – but left out the IRR and many others that should have been included’. This article was first published on the Daily Friend. – Jarryd Neves

Last week the Ad Hoc Committee charged with drafting the expropriation without compensation (EWC) constitutional amendment bill (the Bill) invited several organisations to make oral submissions to it – but left out the IRR and many others that should have been included.

Minutes of the proceedings, as drawn up by the Parliamentary Monitoring Group (PMG), provide an insight into the salient warnings sounded by various critics of the Bill, and how the ANC and EFF members of the committee responded to these concerns. (The quotes that follow are taken from the PMG minutes.)

Risks of a banking crisis

The Banking Association of South Africa (Basa) warned that the Bill could precipitate a banking crisis. According to Ms Bongiwe Kunene, managing director of Basa, South Africa’s banks hold mortgages over ‘land-based property’ that are valued at some R1.6 trillion. Hence, any ‘marked decrease in the value of land-based property…could destabilise the banking sector’ and further reduce South Africa’s international credit rating.

Said Ms Kunene: ‘Many banking crises around the world had, as their starting point, a decline in land-based property’, which undermined market confidence. ‘An example was the 2007-2008 global financial crisis, which started from the downturn of land-based properties in the United States of America. It was therefore important that South African land reform initiatives, to the greatest extent possible, be implemented in a manner that limited any potential destabilisation of the financial markets.’

To which ANC and EFF members of the committee responded by noting that ‘banks were there to make money’; asking ‘how much profit the banking sector was making and whether Basa was willing to share those profits with the marginalised’; and querying ‘how many houses had been repossessed from black people’.

Risks to investment and food security

The South African Property Owners’ Association (SAPOA) cautioned that amending the Constitution to make explicit provision for EWC could ‘provoke controversy and public debate’. It could ‘lead to perceptions, worldwide and within the country’, that the Constitution could be changed relatively easily. Hence, ‘it might well result in a loss in confidence and a loss of investment.’

Agri SA said that the agricultural sector (taking account of both primary and secondary activities) contributed between 15% and 20% to South Africa’s GDP. It also made a ‘massive’ contribution to employment. However, the bill could ‘potentially scare away investors and make it extremely difficult for farmers to access production credit. This, in turn, could impact on food security and the economy… Without secure ownership and clear and protected property rights, food security could not be guaranteed.’

To which an EFF member asked ‘whether Agri SA’s members acknowledged that they had been beneficiaries of a “crime against humanity”, as holders of the land’. The committee chair, an ANC member, queried whether ‘there could be a fair situation without facilitating access to the 87 percent [of land] which was in the hands of the minority and the state’.

The EFF added that China and Vietnam were among ‘the best performing economies in the world’, even though there was ‘literally no private ownership of the land’. And the committee chair stated that ‘in Vietnam and China investors had not run away because the land was owned by the state’.

The Helen Suzman Foundation said that Section 25 of the Constitution was not the reason for land reform failures. These stemmed rather from ‘corruption, inefficiency and incompetence, an extremely slow pace of restitution, a minimal budget provision,…and an incapacity within the [land department] to perform its functions’.

Agri SA stated that ‘the property clause was not an impediment to land reform’. Rather, the key barriers to success included ‘a lack of adequate budgeting, policy uncertainty, the lack of a comprehensive, integrated support network,…corruption, and poor settlement support systems’.

The Council for the Advancement of the South African Constitution (Casac) cautioned that ‘a change to the Constitution would not resolve the situation… The commission responsible for restoration and restitution of land rights needed a new mandate and additional resources. There had to be a focus on corruption and looting in land reform, as there were many indications that land had also become a site of corruption. Capture of the land reform programme by the elite presented a danger as great as the failure to distribute land to those who needed it the most’.

To which an ANC member responded that EWC could help resolve ‘capacitation issues’. The Bill would enable the state to move away from restitution and the ‘impossible [task of] finding the rightful, original legal owners of the land’. By enabling a shift to redistribution, ‘the EWC process could assist the state to provide land and to deal with the other challenges’.

Agri SA said: ‘Section 25 guarantees a fundamental human right [the right to property], which is protected in terms of international human rights instruments such as:

– The European Convention on Human Rights, and

– The African Charter on Human and Peoples’ Rights…

In response, the chairman stated: ‘In terms of international standards, those standards were set by colonial countries before the colonised had a say in international affairs – and that was why even now there was a demand for the restructuring of the United Nations Security Council.’

Committee views on why the Bill is needed

Comments made by ANC and EFF committee members also provide insights into their reasons for wanting the Bill. Many focused on historical injustices, saying:

ANC members also stressed the urgency of swift action, saying: ‘Look at the level of land invasions that the country has. [We do] not want a situation that might be interpreted as a “Zimbabwean situation”. People will invade and take land forcefully – which we want to avoid.’  Since people all over the country wanted land, ‘the government was trying to avoid people fighting violently for land, otherwise people were prepared to do it’.

Back in January 2020, the ANC announced that its national executive committee (NEC) had endorsed a recommendation ‘that the power to determine issues related to expropriation of land without compensation should reside in the executive’. In response, committee chair Mathole Motshekga commented that, if the courts were to determine compensation, ‘it would take another 25 or 50 years to sort out land reform’.

Against this background, SAPOA told the committee: ‘All nil compensation cases should be put before the court by the state, so as to avoid exclusion based on the costs of litigation. The burden should be on the state to prove that it was just and equitable that nil compensation should be paid…. There needed to be an assurance that all the facts would be taken into account when nil compensation was applied. The proper place to do that was not through an administrative official, but through the courts.’

To which an ANC member asked whether SAPOA was ‘satisfied with the inequality in the country’ and with ‘the current status quo of the indigenous and those who invaded the land?’.

The role of the courts was further endorsed by Basa and others, and also by the South African Catholic Bishops Conference. But another ANC member then queried whether this would not result in ‘endless appeals by people who were not in favour of the expropriation process and would flood the courts to challenge a decision that would have been taken politically’.

A fortnight ago, the IRR called for a ‘great reset’ on the public participation process on the Bill, which has been flawed from the start. Some 204 000 written submissions have been largely overlooked by the committee, while many organisations that should have been invited to make oral presentations, including the IRR, have been left out.

In addition, it has been government policy since 2015 for all new bills to be preceded by a comprehensive socio-economic impact assessment (SEIAS) – and for a final SEIAS report to be attached to every bill when it is released for public comment. But this has not been done with the EWC constitutional amendment bill, even though it is the most important measure to come before Parliament since the 1996 Constitution was adopted.

According to the government’s own SEIAS guidelines, it is particularly important that a final SEIAS report should ‘identify’ and caution against proposed legislation where ‘the burdens of change loom so large that they could lead to excessive costs to society, for instance through disinvestment by business or a loss of skills to emigration’.

The Bill put forward by the committee is likely to trigger precisely such ‘excessive costs’, in the form of both disinvestment and emigration. Changing the Constitution to allow EWC is also inordinately dangerous in the face of the prolonged Covid-19 lockdown, which has caused enormous damage to an already struggling economy.

The PMG minutes of the committee’s proceedings underscore the urgent need for a proper SEIAS report and a complete restart to the public consultation process. This is vital so that all South Africans – as the Constitution requires – are empowered to ‘know about’ the issues raised by the Bill, and are given ‘a meaningful opportunity to be heard’ in the making of this crucial law.