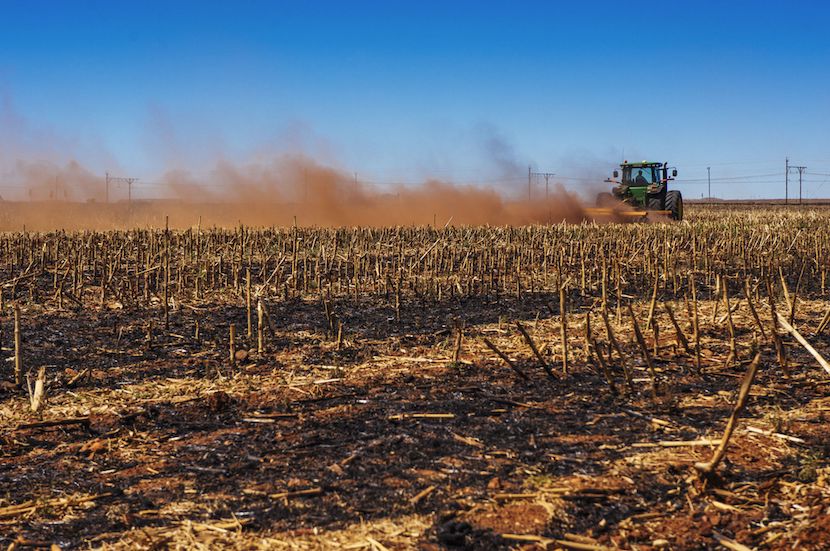 The controversial expropriation-without-compensation (EWC) constitutional amendment bill has been used to draw votes at every opportunity. Politicians have claimed that land ownership will equate to prosperity for black people and that expropriation without compensation is the most effective way to redress current inequalities. Proponents of the Bill say that there is a burning hunger for land among South Africans, but opinion polls suggest that citizens have more pressing concerns than land redistribution. Dr Anthea Jeffery traces opinions polled over twenty years and pinpoints what really tops the growing list of concerns for South Africans. This article was first published on the Daily Friend. – Melani Nathan

Employment or EWC – what do ordinary South Africans want?

A fortnight ago the Ad Hoc Committee responsible for drafting the expropriation-without-compensation (EWC) constitutional amendment bill (the Bill) claimed that a burning land hunger among South Africans was one of the key reasons why the Bill had to be pushed through the legislative process as rapidly as possible.

Yet land reform is not a key priority for most black people, as Institute of Race Relations (IRR) opinion polls have consistently shown.

The first IRR opinion poll was carried out in 2001, with subsequent polls conducted in 2015 and every year thereafter. Interviews with respondents have always begun with requests for people to identify what they regard as key unresolved problems or priority issues for the government to address. Unemployment is invariably pinpointed as a core concern – but few black respondents have ever flagged land reform in this way.

It was only in 2020, with the government’s heightened focus on EWC as a supposed remedy for the poverty made worse by the Covid-19 lockdown, that the proportion of black people identifying land reform as a serious unresolved problem rose to close on 5%. However, the proportion of black respondents concerned about joblessness was again far higher, coming in at 56%.

IRR polls over many years have also asked people whether ‘more land reform’ would offer the best way of improving their lives. Support for this option among black respondents has long been limited, standing at 2% in 2015 and 1% in 2016 before rising to 9% in 2018 – when African National Congress (ANC) and Economic Freedom Fighters (EFF) rhetoric about the need for EWC was widespread. Thereafter, however, black support for ‘more land reform’ dropped to around 4% in 2019 and remained much the same in 2020.

Since 2016 the IRR has at times also asked if people would prefer a political party that focuses on ‘faster economic growth and more jobs’, or one that concentrates on major land expropriation for redress.

In 2016, some 84% of black respondents wanted a political party that focused on growth and jobs, while only 7% preferred one that emphasised major land expropriation. Results since then have remained broadly the same.

In 2019 an eNCA opinion poll, which was designed and analysed by author RW Johnson and carried out in the run-up to the general election in May that year, painted a similar picture. Few black South Africans (less than 2%) were interested in land reform, while large majorities of black voters said they would readily jettison the EWC idea if this would help bring investment and jobs.

The ANC’s own internal polling on the issue has not been publicly released. However, the IRR has been told that ANC opinion polls rank land reform as the 13th highest priority. Which means it is not in fact a priority at all.

Even among people who were dispossessed of land under apartheid laws – and were most likely to have a strong wish to see their land restored to them – there has been little interest in land as opposed to cash compensation.

When the land restitution process began in 1994, some 79 700 land claims were submitted by an initial deadline of December 1998. In 2013 Gugile Nkwinti, then the minister of rural development and land reform, said that roughly 76 000 of these claims had been disposed of, but only about 5 800 of these successful claimants (roughly 8%) had chosen to have their land restored to them. The remaining 92% had preferred to receive cash compensation instead.

Said Mr Nkwinti: ‘We thought everybody when they got a chance to get land, they would jump for it. Now only 5 856 have opted for land restoration.’ People wanted money because of poverty and unemployment, but they had also become urbanised and ‘de-culturised’ in terms of tilling the land. ‘We no longer have a peasantry; we have wage earners now,’ he said.

The roughly 74 000 successful claimants who could have chosen land rather than money could be seen as respondents in a particularly large opinion poll. That most of them – faced with a real-life choice – opted for cash, rather than land, is telling.

That successful claimants still prefer cash over land seems evident, moreover, from what the current minister of agriculture, land reform, and rural development, Thoko Didiza, told the Ad Hoc Committee at the end of last month. According to Ms Didiza, ‘the choices exercised by individual families and communities were a cause for concern, as most of the claimants had opted for financial compensation instead of land restoration, as the state would have wanted’.

The preferences of ordinary South Africans are thus clear. But these preferences matter little to the ANC, which remains intent on advancing the National Democratic Revolution (NDR) through the ‘elimination’ of existing ‘property relations’, among other measures.

This, of course, is the reason the ANC and its junior partner, the EFF, discount opinion polls and other evidence of what South Africans want. This is also why ANC and EFF members of the Ad Hoc Committee seem determined to ignore a host of well-founded warnings about the economic damage that widespread expropriation, especially for nil compensation, would be sure to bring.

When the NDR ideologues on the Ad Hoc Committee speak of taking back the ‘stolen’ land, they echo the words of Zimbabwe’s former president, Robert Mugabe. They also risk setting in motion the same kind of economic collapse that Zimbabwe has suffered.

Some commentators have argued that the taking of a mere 4 500 white-owned farms in Zimbabwe could not have been the reason for the country’s economic implosion. However, a careful examination of what went wrong suggests the opposite.

Property rights and the economy

The core problem, in the words of Craig Richardson, associate professor of economics at Salem College (in Winston-Salem, North Carolina) and author of a book on Zimbabwe’s collapse, is simply this: ‘The expropriation of land without compensation destroyed property rights – the foundation of the economy – and led to a chain reaction, which was exacerbated by additional actions of the Robert Mugabe government.’

Once the Zimbabwe government declared itself the owner of all farmland, all existing titles became worthless and land could no longer be used as collateral for bank loans. Many banks were soon in financial crisis, while credit contracted and fixed investment plummeted.

These events helped spark a flight of capital and skills, a sharp decline in agricultural and other production, a dramatic narrowing of the tax base, a sudden decrease in the hard currency that agricultural and other exports had previously earned, crippling shortages of imported essentials, and an upsurge in hyperinflation as the government began printing billions of Zimbabwe dollars to help pay its bills.

Commentators may try to dismiss the risk of similar outcomes here on the basis that South Africa has a much bigger and more diversified economy and is intrinsically stronger than its northern neighbour. In addition, the ANC government has promised (for what this is worth) to use its expanded expropriation powers in a limited and responsible way.

But with the EWC Bill proceeding and the Expropriation Bill soon to be put before Parliament for adoption, there is no room for complacency. As Professor Richardson points out, property rights are like ‘the concrete foundations of a building: critical for supporting the frame and the roof, yet virtually invisible to its inhabitants’. Take them away, however, and the structure no longer stands secure.

The resulting damage can also be extraordinarily rapid and widespread. The initial erosion of property rights may seem relatively limited, but it can easily set off a domino effect.

Writes Professor Richardson: ‘The lesson [from Zimbabwe] is that well-protected property rights are crucial for economic growth and serve as the market economy’s lynchpin. Once those rights are damaged or removed, economies are prone to collapse with surprising and devastating speed.’