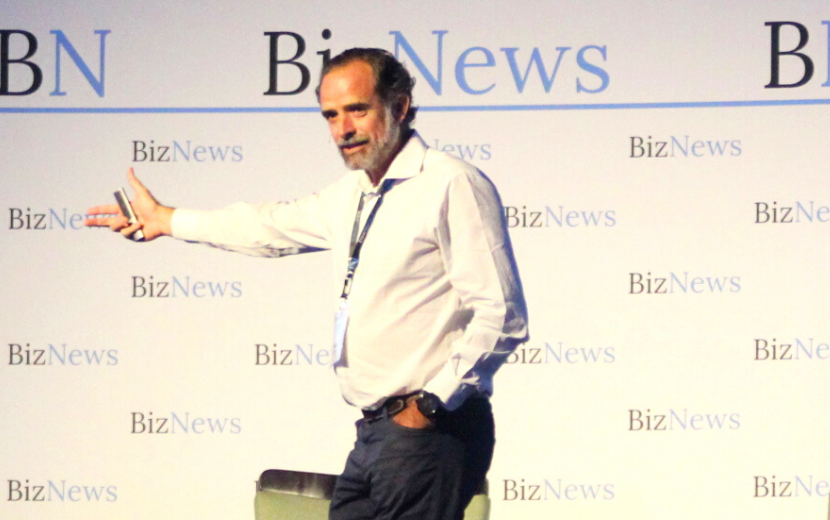 Nick Hudson was the keynote speaker at the inaugural BizNews Investment Conference in March. His presentation – ‘The ugly truth about the Covid-19 lockdowns‘ – went viral and was removed by YouTube as it reached half a million views – less than a week after it’s publication. The presentation unravelled the events that led the world into deleterious lockdowns. Hudson, the Chairman of PANDA, spoke to BizNews founder Alec Hogg this week to discuss PANDA’s propulsion into the global spotlight, the nasty strain of allegations that PANDA is an anti-vax organisation and PANDA’s strategy going forward. – Nadya Swart

Nick Hudson on PANDA’s catapult into the international domain:

It has been a very, very intense month and a bit since the BizNews presentation that went viral and catapulted PANDA into the international domain in a way that we hadn’t experienced before. And all of a sudden – it was international news, television shows and radio shows, and it went quite wild for us quite quickly.

On allegations that PANDA is an anti-vax organisation:

Nothing could be further from the truth. Our policy is up on our website, we support the use of safe and efficacious vaccines as part of a focused protection strategy for dealing with the epidemic and have repeated it endlessly in interviews and so on. But it’s a very black and white brush that people are painting the world with at the moment, and if you are asking questions about safety or the appropriateness of mass vaccination programs as opposed to focused protection strategies – then there are people out there who will do nothing other than cast you as anti-vax.

On the meaning of anti-vax:

Anti-vax, as I have always understood it, is a kind of fringe lunatic view that says that vaccines of all sorts are either dangerous or immoral or have some or other adverse impacts. There always has been a minority of people who simply believe that vaccination is, in principle, wrong. And we certainly cannot be described in that way. I don’t know of any member of PANDA who holds anything close to that kind of view. But it doesn’t stop people who, you know, can’t refute your arguments from trying to call you names, as we’ve discovered frequently over the course of the last year.

On the resignation of members of PANDA’s scientific advisory board:

Well, two newspapers in the UK started contacting them directly with allegations that PANDA was anti-vax. We’re talking big publications – The Times of London and the Financial Times. It was, pretty much, a coordinated campaign – writing directly to the members of the board, threatening to publish articles linking them to anti-vax movements. They didn’t consult us first – they went directly to the scientific advisory board members.

The first we heard about it was one night when we got some panicked emails saying; ‘This is what we’re receiving from The Times, from this journalist, Tom Whipple – who is the science editor for The Times. The next morning we swung into gear and consulted with our attorneys and wrote to them saying; ‘Here is the link to PANDA’s policy on vaccination, if you write any articles alleging that we are anti-vax – we will be after you’. And that was enough for both The Times and the Financial Times to see to it that no article was forthcoming. But in many ways the damage had been done, and these academics are all in precarious positions themselves. Some of them have come under relentless attack from their own university institutions.

In the case of Stanford University, for example, the senate of Stanford issued a very unusual declaration targeting Scott Atlas and Jay Bhattacharya, I think also Michael Levitt. It’s nakedly political stuff – nothing to do with whether anything that they had said was true or false. It was simply casting aspersions on their characters and attacking them in a very unobjective and personal way. So, you know, all of these people who are speaking out against the malarky are under one form of pressure or another and subjected to very scurrilous reporting and personal reporting – both in media and in social media. So, that was the backdrop against which all of this landed. And we took the step of saying; ‘OK, the advisory board got us to a point of being able to recruit lots of scientists into the working team of PANDA to put us on the map in a variety of ways. We can’t be in a position where the whole advisory board is in a tenuous situation. One or two people have already resigned. Let’s take away this pressure’.

And so, what we basically did was dissolve the advisory board as a concept and absorb scientists directly into PANDA so that there’s no outward kind of exposure.

On whether PANDA is making headway:

Well, bearing in mind that our strategy is to convert a sufficiently large minority of people into the perspective that they have been duped and misled by public health officials all over the world, and that they’re being pushed into positions that public health should have no role in pushing people to. Yeah, I think we continue to make steady progress. Our influence continues to accrue and that’s our objective. So, as long as we’re doing that – the odd little knock and bump along the way is not going to deter us from continuing with that strategy.

On the much-anticipated third Covid-19 wave:

Everybody seems to forget that we were told in no uncertain terms that the third wave was going to start on the Easter weekend. Government was absolutely convinced of this. They were speaking about it as a fait accompli. And, of course, no such thing happened. So now we read again that there’s going to be a third wave and it’s going to be here and there and it’s going to start then… I think this stuff is really getting a little bit silly. I mean, what we would anticipate is that, yes, there would be a winter waxing of respiratory viruses – just as there always is.

It’s possible that there are some pockets of South Africa that are not yet at herd immunity, as we saw in December, where the second wave made inroads into the middle classes who had successfully shielded. But it is starting to wear a bit thin, and I think – though the NICD may be making these noises – I’m not sure that government isn’t starting to work out that it’s the economy that will see to their electoral performance and that maybe they’re starting to join the dots between not advancing any of the more extreme restrictions ever again as a necessity for preserving their standing with their electorate. But it’ll be interesting to watch.

We have had very mild measures – if you compare South Africa to what’s been going on in Europe – the residue of this curfew and the lunacy of continued mask wearing, even though the science has really moved on from that. But apart from that, we haven’t had the draconian measures that featured so much in the earlier stages of our lockdown.