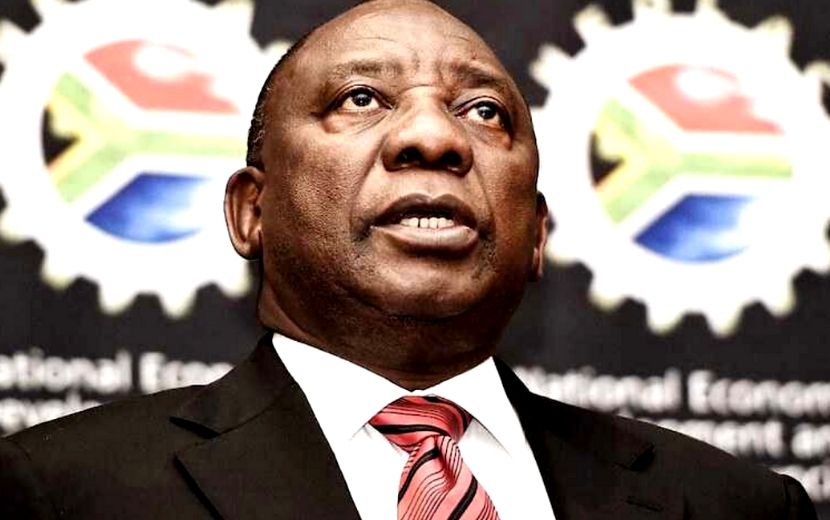 Jakkie Cilliers, founder and former Executive Director of the Institute for Security Studies (ISS), is a well-known Africa analyst and  the author of a groundbreaking book titled Fate of the Nation. The book, which President Cyril Ramaphosa reviewed as “Incisive, bold and sobering. A revealing forecast and a call to action” was written in 2017 and explored three alternative scenarios for the future of South Africa: the divided nation, ‘Bafana Bafana’ muddling along and Mandela magic. BizNews founder Alec Hogg spoke to Cilliers on the BizNews Power Hour to see whether these scenarios still hold true, particularly in light of the violent riots that spread through KwaZulu-Natal and parts of Gauteng last week. Cilliers believes that what we’re looking at is a splintering of the ANC and that we face significant challenges in terms of a coordinated vision of ‘the security architecture’ of South Africa. President Ramaphosa’s biggest challenge, according to Cilliers, is modernising the ANC from the rural traditionalist party that it became under Jacob Zuma’s rule. – Nadya Swart

Jakkie Cilliers on whether the three scenarios sketched in his book still hold:

I think, generally, so. The analysis in the book – Fate of the Nation – has held up very, very well. The largest error, in retrospect, was that I overestimated the potential of, particularly, the Democratic Alliance to maintain the trajectory that its previous leader had set it on. And opposition politics in South Africa has been quite a disappointment. But the basic theme that South Africa is heading for a significant change – firstly in Gauteng, and with the national elections in 2024 – holds, as does the main challenge that I sketched out, which is reform of the ANC. So I had a look again at the book recently and read through some of the chapters, and I’m quite happy that the framing that I provided still holds.

On applying his academic analysis to the reality in South Africa:

We use a forecasting platform known as the International Future’s forecasting platform. So, I converted the political scenarios into economic impacts. And we were, at the time, making some of the basic arguments that South Africa can do much better. But the idea of heading for 5.4 growth rates, which is what was in the national development plan, is just blatantly unrealistic. But that did require a deep and fundamental reform to get there. Of course, at the time, covid was not on the cards, but many of the self-inflicted challenges that we face in the country were clearly on the cards – particularly around corruption, the challenges within the ANC. At the time, I made the distinction between – what I refer to as – a traditionalist faction within the ANC and the reformist faction.

At the time, Nkosazana Dlamini-Zuma was generally seen as the leader of the traditionalist faction, and the main challenge – and it remains true today – is that; for Ramaphosa to survive and for the ANC to flourish, the ANC needs deep and fundamental reform that not only takes deals of the corruption and the patronage, but modernises the party from a rural traditionalist pathway, which is where Jacob Zuma took it, to a modern, urban, non-racial party. And that challenge remains inherent to the ANC today.

On whether his analysis still aligns with the reality of the events that occurred in KZN and Gauteng last week:

Yes, it does. South Africa has the largest inequality and unemployment globally, and there is only one thing that can change that over time, and that is more rapid economic growth and employment growth in the formal sector. We can grow our informal sector, but because South Africa, by comparative standards, has a much smaller informal sector than most countries at comparable rates of income and so on – it is only employment growth in the formal sector that eventually reduces inequality. I actually just today released – what we refer to as – an ISS Today on security sector reform, where I looked at the challenges that we face in police intelligence and the military and the leadership thereof and set out a host of issues that South Africa needs to engage with on managing the inevitable instability and protests that we will be faced with for a number of years to come.

On whether a split in the ANC is close:

I think we’re looking at a splintering of the ANC. The party is a shell of its former self. So even if Ace Magashule, who’s now the leader of the RET faction (whichever), were to decide he has got no real support base… The main challenge is that the ordinary voters in South Africa don’t have an alternative. So the main argument, which I put forward in Fate of the Nation, that people are either staying away or grudgingly voting for the ANC still holds to this day. To modernise the ANC would require a huge challenge, and this is now Ramaphosa’s main challenge – because the ANC has become a rural traditionalist party under Jacob Zuma. And it will probably lose Gauteng in the 2024 national elections.

Once the ANC loses Gauteng, it has lost South Africa’s economic and population heartland – and its future is very clear. Alternatively, will the ANC – it probably will still be the largest party in South Africa – [enter] into a partnership with the EFF or into a partnership with the DA? Or will, for example, the new parties that we are seeing being established by Herman Mashaba and others; will that provide a potential partnership for the ANC? Or will the opposition parties, Mashaba, DA, for example, be able to put together a governing coalition in Gauteng? 2024 is critical to South Africa’s future, I think.

On whether the events of last week and the absence of government has woken up South Africans to the reality of how far the country has slidden:

Ramaphosa was handed a report on the intelligence community, what is it, at the end of 2018 – December 2018 – the Mufamadi report. But he has been focusing firstly on investment, then on economic reform – and in the meanwhile South Africa has been hit by a perfect storm. By covid and of course then the insurrection that we have seen. And those riots were instigated, but the rapidity with which they spread points to these underlying deep social challenges that we face in the country. What I think the riots tell us is the importance for Ramaphosa not only to focus on economic reform – and there is some movement on that – but also to look at the intelligence – the police and the National Defence Force – and to restructure and orientate them to the tasks at hand. The tasks at hand are support to the police, border security and these kinds of things. They are not conventional defences.

They are not whichever other fanciful notions we have. And so I hope that that decision will also follow. But we face significant challenges in terms of a coordinated vision of what we would refer to as the security architecture of South Africa. Who does what? Because we are trying to create, for example, a border management agency with absolutely no purpose and no support within any of the other agencies in the broader security environment. And that, I think, was originally established beyond cadre and other deployment, so that the Gupta’s could lay their hands and control. Remember, the legislation was tabled originally under Malusi Gigaba. So there is really a need, I think, for Ramaphosa to really place some focus on getting a grip on what’s happening in the security agencies – because we are going to have to manage the situation even if we get economic growth going, as I think we all hope will happen in the future. And that’s going to require quite an effort from South Africa.

On whether dealing with the instigators of the riots is likely to cause the split in the ANC:

I think that the challenge that people like Ace Magashule and others have is that they don’t really have a support base – even within the traditional areas of South Africa, I don’t think. So, that’s why I referred to a splintering of ANC, a continued decline in support. But remember, government’s also busy with additional social grants and so on, and they are clearly doing that also with an eye on local government elections and national elections. I don’t want to belittle that because these are important issues for poor South Africans. So ANC support will continue to decline. But Ramaphosa, remember, is the single most popular politician in South Africa. And the opposition, really, they’re not getting their act together. But having said all that, I go back to what I said a few minutes ago; there are options for ousting the ANC in Gauteng or at least making the ANC dependent on what is hopefully a pro-growth alliance to turn that important province around.