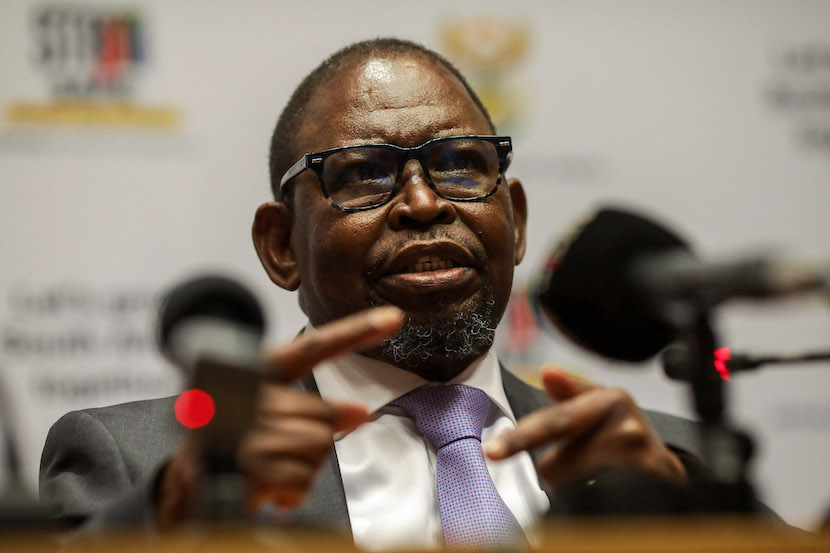 It’s all very well giving the nod to incremental changes announced in South Africa’s Medium Term Budget Policy Statement (MTBPS). However, biting the ideological bullet to make the fundamental policy changes necessary to boost economy-saving faster reform will merely haul us out of the downward spiral of debt servicing and a burgeoning welfare state. That’s the conclusion I reached after reading Jonathan Katzenellenbogen’s piece in the Daily Friend below. I pored over the copy to see if he’s perhaps being too gloomy and found something to cling onto, like an untethered cliff climber grasping at a flimsy protruding root. The gnarly protrusion was this line: “There is no clear plan to deal with the other drag on the budget; failing state owned enterprises.” That’s because it’s only partly true. What stopped me plummeting into the abyss was Department of Public Enterprises, Kgathatso Tlhakudi, saying a new investment company managing SOEs “could eventually” take shares in private sector business. Even-shu-wally, (like Manuel in Fawlty Towers?). This article first appeared on the Daily Friend. – Chris Bateman

Until there is strong growth, South Africa will be in crisis

Last week Finance Minister Enoch Godongwana presented a three-year budget plan that somewhat pleased the markets. Higher than expected tax receipts, mainly the result of the rise in mineral prices, have helped improve government finances. And key fiscal ratios have improved with the upward rebasing of GDP, part of a regular statistical exercise on national accounts.

Importantly for the markets, this was not a blow-it-all populist type of Medium Term Budget Policy Statement (MTBPS). There was no commitment to fund a National Health Insurance scheme or a basic income grant. That would have meant a possible downgrade by the credit rating agencies. Instead the Rand strengthened by up to 1.5 percent against the major currencies.

This slightly restrained budget was certainly a political achievement in not succumbing to pressures in the ANC for big spending. And it showed the power of Treasury in government. Radicals in the ANC have very probably taken in warnings that the deteriorating fiscal mess could send us to the IMF, and that would place policy out of the hands of the party.

Yet the MTBPS did not offer any longer-term solutions to our fiscal crisis, and there can be none unless the South African economy grows at a far faster rate. Debt service is a growing burden and is restricting spending on government services and investment, and in time the social grant system could be underfunded. There is no clear plan to deal with the other drag on the budget: failing state-owned enterprises.

The budget deficit will be very high at 7.8 percent in 2021/22, although it is projected to drop to 4.9 percent in the final year of the MTBPS, 2024/25. Continued spending restraint is key, but so is growth.

The overriding problem is that our growth rate is miserably low. We will have a rebound this year and growth will be 5.1 percent, but then it will slump to 1.8 percent the next year, and 1.6 percent in the following year. In the final two years of the MTBPS cycle, our growth will be around a third of that of all emerging and developing countries.

Above all, strong growth is required to consolidate public finances. This is recognised by the Minister, but there is a wide gap between what is being done on structural reform to boost growth and what is required.

If South Africa had a better economic climate, the mining industry would have invested far more heavily in the country and the Treasury would have had a larger revenue windfall.  But the mining companies are scared about the Black Economic Empowerment (BEE) charter for the industry being changed, and much else. In contrast to us, other countries like Australia and Canada where mining plays a large role have massively benefited from successive mineral booms.

Low growth and high debt mean tightening constraints on the country’s ability to borrow to fund its spending. And our government has increasingly less scope to make cuts. The real burdens in the budget are the non-discretionary elements, notably debt service and social grants. With a growth rate of about 36 percent over the next three years, debt service is now the fastest-growing item in the budget. It is increasingly crowding out spending that is meant to improve lives and investment. At more than R1 trillion over the next three years, debt service will be below that spent on the largest budget category, learning and culture, but above that spent on social development – largely grants, health, and other functions like policing.

Having set the precedent for a new grant to relieve social distress around the lockdown, the government could be under pressure to provide special grants in response to future economic shocks. About 46 percent of the population are reliant on grants, and there is growing pressure for assistance to cover the unemployed of working age not covered by the grant system. The lower growth and the higher unemployment, the more pressures there will be on the budget. According to the Treasury, even if the uptake rate of social grants stabilises at current levels, beneficiary numbers will grow by nearly 24 percent over the next 20 years. This and the poor growth rate have to raise the possibility that the grant system might be underfunded in the years ahead.

It is not clear from the speech what the government intends to do with state-owned companies that are failing fast. In addition to Eskom, many are broken. Denel has avoided liquidation, but is having problems. PRASA, which provides passenger rail services that are key for commuters, is broken. The SABC is struggling. The Minister signalled it would no longer be so easy for the state-owned enterprises to get bail-outs and that consolidation is to be looked into. The only really viable option for these failing state giants is privatisation, but government has yet to mention the word. While they fail, services key to the economy are not being provided.

Government policy is short on structural reforms that can really boost growth. The Minister himself admitted that the proposed structural reforms will take time to have an impact. That is probably because some, while necessary, will not give a big boost, and others, like fixing the electricity supply, are projects that cannot be completed in three years.

The most urgent structural reform is fixing the electricity supply. Private producers can now generate up to 100MW, but even with this, the prognosis is for continued load-shedding, and bailouts for Eskom.

The other reforms listed by Godongwana have been spoken about for a long time, making their mention like an official recitation on state occasions. On the list are the release of broadband spectrum which would allow faster and better cell and internet service, an e-visa programme, a review of the legal regime for skilled migration, private sector access to the freight rail network to increase capacity, and infrastructure development.

No mention by the minister of the need for a change in the labour laws to end the centralised bargaining which imposes wage deals struck by the large firms on small businesses. Pushing through changes in the labour law would give a boost to employment and very probably investment and growth, yet it is not on the list. The Minister mentioned the need for policy certainty to encourage investment, yet Expropriation without Compensation remains a possibility. There is also no recognition of the often-changing BEE ownership criteria for investors.

Delay by the government in implementing reforms is another drag on growth. The need for reforms is constant in economies that wish to position themselves for growth and competitiveness.