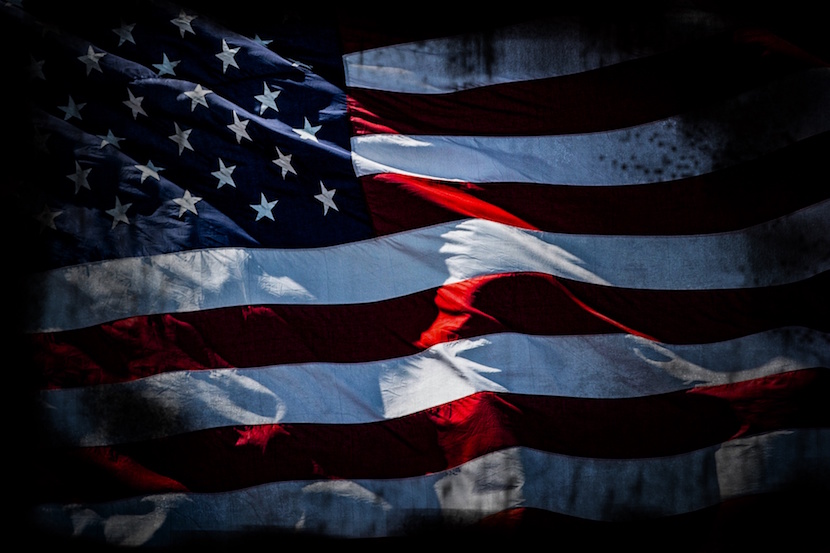 Germany, the UK, and the United States are all run by idiots bent on being politically correct rather than taking advantage of the most prosperous and bountiful decade that Western Civilisation has ever seen. That’s the paradoxical thesis behind this Daily Friend writer’s 2022 forecast who says these modern-day leaders hardly ever miss when it comes to shooting themselves in the foot. Andrew Kenny compares presidents across the ages to their latter-day counterparts and finds them hugely wanting in both character and achievements. No fan of exiles from dysfunctional countries who’ve reaped the benefits of their new homeland only to roundly condemn them for crony capitalism, he singles out one Somalian, now a Democratic representative for Minnesota who makes light of the 2 900 victims of 9/11 while lobbying for a law making any criticism of Islam an ‘Islamophobic’ crime. That the political leaders take the metaphorical knee on such issues is beyond his comprehension, as is the climate change debate, which he believes is a non-issue. – Chris Bateman

Stupidity and doubt threaten the West

On the one hand, the world will still enjoy the wonderful improvement in human welfare that Western Civilisation has delivered. The last decade has seen the most prosperity, the longest life expectancy, the most bountiful food crops, and the most wonderful technologies of information, medicine, comfort and recreation in human history.

On the other, it will see the leaders of the West, surely the most stupid in history, beating their breasts in self-doubt, cringing before every activist who denounces the West, and adopting suicidal policies that threaten to reverse the enormous gains of the last hundred years. By far the greatest danger to the West comes from itself.

Around the world, people living in non-Western countries, especially in Africa, the Middle East and South America, risk their lives trying to flee to Europe and North America. They are desperate to live in the West, where they can see life is far better than in their own countries. Then, as soon as they are safely accepted by the West, they begin denouncing the West, accusing it of racism and exploitation.

Western leaders grovel and apologise before them, and soon no doubt will be ‘taking the knee’ to show how ashamed they are. An example is Omar Ilhan, born in Somalia, a country notorious for its bloody civil wars, its brutal oppression of women, and its widespread practice of seizing little girls of 12 or younger, and slicing off their clitorises and parts of their vulva.

Her family fled Somalia and she ended up in the US, where she is now a Democrat Representative in Minnesota, and where she spends a lot of time denouncing the evil ways of the US. She made a dismissive remark about the two thousand nine hundred people killed on 9/11 and now wants to pass a law making any criticism of Islam an ‘Islamophobic’ crime. Perhaps she feels it is a crime to criticise Female Genital Mutilation.

The Democrat leaders in the US cringe before her. She belongs to ‘The Squad’, which seems to control President Biden and to provide the intellectual leadership of the Democratic Party now, much to the delight of the New York Times, the Washington Post and CNN.

In the West there has always been a class of people, privileged, superior, usually university-educated, whose main purpose in life is to condemn the liberty, free markets and enterprise of the West – in other words to condemn the very reasons the West is so successful. These people just loved communism. The public-school Marxists from Eton and Oxford just adored the Russian Revolution.

While working-class Russians were starving to death in Lenin’s Revolution, and while working-class Americans were enjoying the bumper crops of capitalist agriculture, the intellectuals and writers and professors of the West were announcing the ‘Decline of the West’ and heralding the rise of socialism. The same elitist classes of today fill our universities and editorial rooms, telling us again how evil the West is.

In 1932, New York Times writer Walter Duranty won the Pulitzer Prize for telling the world how wonderful Stalin was; today the New York Times has the ‘1619 Project’, which denounces the whole history of the US as no more than a horror story of slavery and racism. The difference is that in those past times you had some clear-sighted political leaders who could see through the anti-Western nonsense. Today you don’t. Today we seem to be ruled by craven idiots.

Compare President Eisenhower in the US then (1953 to 1961) with President Biden today. The former was clear and strong, and helped to deliver an economic golden age. The latter is weak and cloudy, and has delivered high inflation, open borders, a complete mess in the Covid-19 pandemic, and a humiliating withdrawal from Afghanistan.

Compare Konrad Adenauer in Germany (1949 to 1963), who rebuilt Germany from ruin after WW2 and contributed to its prosperity today, with Angela Merkel (2005 to 2021), who ruined Germany’s electricity supply by shutting down safe, cheap reliable nuclear power stations and spending a fortune on expensive and unreliable solar and wind plants, and who broke EU rules by allowing in a million immigrants from Syria.

In Britain, Margaret Thatcher (1979 to 1990), opened up the British economy, turned failed state industries into successful private ones, allowed working-class people to own their own houses, and took power from trade union bosses and gave it to the workers.

Today Boris Johnson, a buffoon, a ditherer, a weakling and a bully all at the same time, is helping to wreck the British economy and is caving in to every stupid anti-West fashion, including climate hysteria.

I make the confident prediction that 2022 will continue to see more or less the same benign weather that the world has seen for the last fifty years or so – although there might be some slight cooling (if the Sun remains quiet).

Unfortunately I also predict that climate hysteria will continue to grow and that world politicians, as we saw at COP26, will continue to bow before the screaming modern-day witch-hunters, led by privileged little prophets such as Greta Thunberg. Climate alarm has got nothing to do with science.

Science shows clearly that rising CO2 is not changing the climate but is enhancing plant growth. Climate alarm is just the latest way for the elitist class to attack the West – it is a successor to Marxism. Capitalism has produced great prosperity for ordinary people; therefore it must be condemned. Capitalism has produced massive industrialisation, which has burnt a lot of fossil fuels, which has restored a lot of carbon into the atmosphere. The fact that this is a good thing doesn’t matter.

The fact that socialist countries also emit a lot of CO2 doesn’t matter either. The only thing that matters is that capitalism produces a lot of CO2, and so climate change is a wonderful way of attacking capitalism. In the past you could have expected some political leaders to expose and denounce this nonsense. Not today.

Neither the political leaders of the West today nor the green fascists who control our media understand where the prosperity of the West came from. They seldom have technical qualifications, and know nothing about science or engineering. (And I’m afraid that the scientific establishment itself is being corrupted by anti-science greens.)

Where are the Adenauers and Thatchers of today? Maybe there are a few in the US. They are perhaps our greatest hope. I see none in Europe. And none in South Africa.