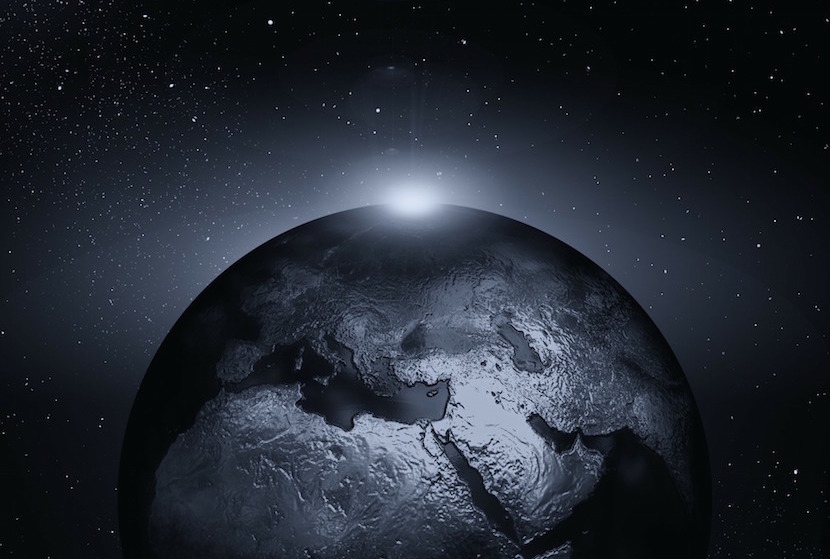 When humans developed nuclear power stations they did not have an ideal solution to deal with nuclear waste but the attitude was; we will leave it to a future generation to figure out where to safely store it all as the process of decay can take thousands of years. In some instances it was actually dumped in the sea. When global warming caused by CO2 emissions and a hole in the ozone layer were first noticed, the attitude was the same. It is not our problem now; we will slowly start addressing it and future generations will deal with this. There was also not great enthusiasm to sign up to any climate protocols to reduce CO2 emissions as it would be more expensive for businesses and could impede on economic growth. That appears to have changed and there are so many visible wake-up calls, including the bush fires in Australia to tell the world that reducing carbon emissions has to be tackled now. Judging from the World Economic Forum in Davos, Switzerland that took place last week, there was a general realisation among the business elite that something needs to be done urgently and it is perhaps because it will affect their bottom lines; sustainability and the circular economy have become the buzzwords for companies which have realised that they will be measured by their ability to adopt these policies. The founder and Chief Executive of Discovery, Adrian Gore penned an article on LinkedIn in which he expressed optimism that the world should see “rapid and deep behaviour change” and he lists a number of reasons or remedies which he believes, is pointing in the right direction. It prompted a response from the Director of Just Share, Tracey Davies in which she does not place that much faith in the actors driving change and says in rewarding customers with cheaper flights, Discovery has done the opposite. – Linda van  Tilburg

Optimism is not enough

Adrian Gore, Group CEO of Discovery Limited, is as well known in SA for his regular public expressions of optimism about the country’s future as he is for heading up one of its most successful companies. This positivity can be very valuable. Mr Gore recently wrote a post on LinkedIn (published below) which expresses similar optimism about our ability to tackle climate change. While it is good (and still very rare) to see a South African corporate leader speaking publicly about climate change, the post drastically oversimplifies the problem, and risks entrenching complacency in those who value Mr Gore’s opinion.

There are two main reasons for this: first, Mr Gore’s reasons for optimism involve the achievement of vast, unprecedented changes in the way we run our economies and our societies, but he frames them with no reference to the actors who must drive their implementation. Second, while hoping that “our biological coding will kick in” as climate change intensifies, and that “the market will drive change”, he makes no reference to the vested interests and market failures that will continue to work, as they have over the past two decades, against even the incremental progress that we are finally seeing now.

Climate change simply is not like many other challenges: you can’t just donate to your favourite climate change charity and sit back, knowing that the hard work will be done by someone else. Mr Gore’s post could engender in those who read it a sense that everything is under control, and that there is no reason for most of us to worry because the important people who make the big decisions are sorting it all out.

In fact, in relation to climate change, every one of us has a role to play in changing our own behaviour if we stand any chance of mitigating its worst effects. We also have a potentially more important role to play in convincing those who have the power to drive systemic change to change their behaviour.

In a world – and a country – where there is still only a fraction of the political will we need to deal with climate change, it is particularly important that powerful companies like Mr Gore’s show leadership – not just with words, but with action.

Discovery’s annual reports don’t talk about climate change beyond acknowledging that it is a risk and reporting the company’s emissions. Discovery Group’s Environmental Policy, however, states that: “Discovery recognises that an effective response to climate change will require an informed and collaborative approach informed by research initiatives aimed at enhancing understanding of the risks of climate change on our business model and assessing the implications thereof“, and that “Discovery is committed to using our sphere of influence to promote environmental awareness and drive behavioural change among all stakeholders, particularly staff and clients.”

Discovery’s track record at developing ways to incentivise people to behave differently to improve their health and well-being puts it in a position to make a contribution to the fight against climate change, but it isn’t using the resources at its disposal to do this. In some respects, it is doing the opposite.

For example, Mr Gore references our temporal bias: “unless the threat is immediate and visible, it is ignored. So we make that international flight, in spite of the fact that just one return flight from London to New York produces a greater carbon footprint than a whole year’s personal allowance needed to keep the climate safe.” Discovery’s Vitality programme rewards its members (full disclosure: myself included) with significantly cheaper flights, effectively incentivising customers to increase their carbon footprints. Ending this perk is one obvious way to change behaviour that is currently exacerbating the crisis.

Mr Gore is confident that “the market will drive change by allocating capital towards sustainable investing”. He refers to BlackRock – the world’s largest asset manager – “and its recent decision to make climate change a focus of its investment strategy”. He creates the impression that Larry Fink woke up one morning and decided to help save the world, ignoring the decade and more of work by climate and shareholder activists (as well as some of its biggest clients starting to withdraw funds out of BlackRock) that essentially meant it was impossible for BlackRock to take any other position and maintain credibility as a responsible investor.

In addition to being South Africa’s largest administrator of medical schemes, Discovery also has, among others, growing investment and life insurance companies. The company’s position as an asset owner and asset manager is another arena in which it could influence the fight against climate change. Does it, for example, support responsible investment by integrating environmental, social and governance (ESG) issues, including climate risk, into investment and asset allocation decisions?

Mr Gore says that “regulation and nudges will accelerate” and that “corporate and public players will conceive new innovations”. These things don’t happen spontaneously: we need persistent, determined push-back against the significant vested interests in the status quo, and we need companies like Discovery to advocate for appropriate regulations and to innovate to incentivise customers to make the changes we need to make.

None of us can sit back and rest easy that the response to climate change is under control. Those with power and influence in the corporate sector should be directing significant time and attention to shifting their own behaviour, setting an example for their customers, creating the right incentives, and sending a united message to government that they will not continue with business as usual.

Climate change is a behavioural problem; I remain optimistic

In our business, we’re focused on changing behaviour towards healthier choices – across health, driving and financial management. Our research shows that the majority of mortality, sickness, and financial risk is a function of a few key behaviours. Change these, and you change the outcome. But why is it so hard to change behaviour? Because we’re miscoded. Evolution has conditioned us with responses better suited to the physical threats and scarcity experienced by our predecessors, than the abundance and systemic threats we live with today. Instant gratification (I want that muffin, now) and hyperbolic discounting (my wellbeing in my 60’s matters less than my cigarette today) are two primary examples. Given our emerging insights on behaviour change, it is instructive to look at the largest risk facing us – climate change – because averting it is fundamentally about shifting behaviour. According to the latest World Economic Forum Risk Report released ahead of Davos, the greatest threats to society are systemic risks unfolding gradually – with climate front and centre. This too is a pernicious problem from a behavioural perspective: while instant gratification and hyperbolic discounting also explain our suboptimal response, two further conditions make it difficult to modify our behaviour.

Evolutionary biology is once again to blame: it has coded our brains to respond to short-term threats (the literal snake in the grass), and not to long-term gradual threats, which may be infinitely more menacing, but that evolve slowly before our eyes. The WEF article “Our minds are wired to fear only short-term threats” proposes that while we are attuned to respond to sudden and visible problems, (forest fires, hurricanes, uprisings), the complex movements underpinning these problems (rising greenhouse gasses, shifts in voting constituencies etc.) confound our prehistoric brains. Our bias is temporal: unless the threat is immediate and visible, it is ignored. So we make that international flight, in spite of the fact that just one return flight from London to New York produces a greater carbon footprint than a whole year’s personal allowance needed to keep the climate safe.

“Tragedy of the commons”

While the same logic (instant gratification, hyperbolic discounting) applies to our sub-optimal behaviour in relation to systemic threats, it is complicated by self-interest. You see, the outcome of better behaviour is diffuse rather than personal in this context. Health is a private good: when you make a decision to improve your heath, you are the direct recipient of that improvement; the environment is a public good: when you make a decision that benefits the environment, it is fairly intangible and the benefit, shared – making you less inclined to act.

I certainly don’t have the expertise to know how grave the climate threat is, but I am hopeful that we will see rapid and deep behaviour change, for the following reasons: