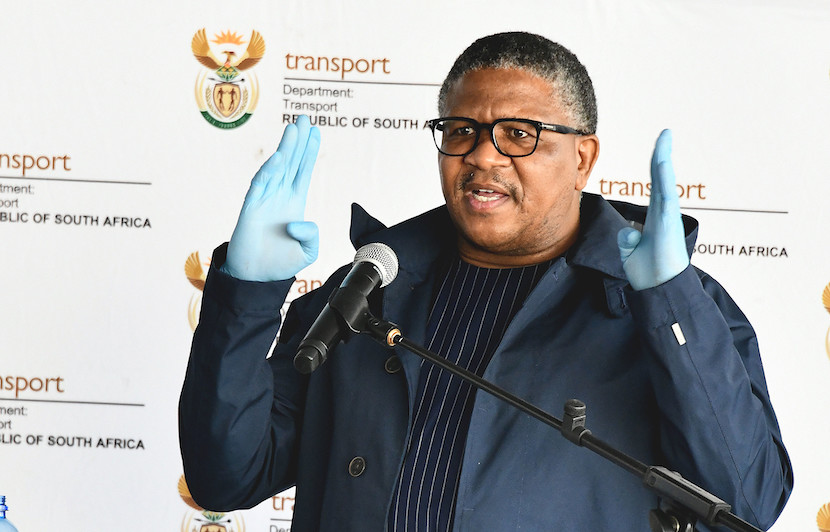 Approximately half a million South African motorists are stuck with expired driving licence cards. This, after the 20-year-old machine used in the production of the cards broke down in November. The machine is currently in Germany for repairs. The incompetence of government in the debacle has been well documented, given the lack of redundancy in place, plus the inability to act when the machine had to be replaced in March last year. In this piece, president of the Moorfield Storey Institute, James Peron, looks at the process in New Zealand and details why it works there; and why it doesn’t in places like South Africa and America. It’s all about incentives and another classic private versus state-owned entity mismatch. – Stuart Lowman

Two of the funniest books written satirising the old regime in South Africa were Riotous Assembly and Indecent Exposure by the novelist Tom Sharp. A British expat, Sharpe moved to South Africa in 1951 but was arrested for “sedition” in 1961 over a satirical play he wrote and duly deported. The old National Party governments were never really known for having a sense of humour – especially about themselves.

Several decades later, we are witnessing something reading like Sharpe’s fiction, but it’s a costly dilemma for South Africans.

It started in November when the only government-owned machine to produce driver’s licences died and no substitute was available. Some 500,000+ licences have backlogged since and the government doesn’t have any incentive to fix it. In fact, they are financially better off leaving it broken.

Individuals who can’t replace their licence in a timely fashion have to obtain a temporary driving permit costing R90 and then still get the proper licence and pay the required fee as per normal. That’s an extra R45 million from just the current backlog. Every day more people join the backlog and the rewards for ineptness grow.

Temporary permits are valid for only six months; those who have been wait-listed in November will have to pay for another temporary permit in May. The more inept the system, the greater the department’s revenue and the poorer the people. The top four executives in the department pull in salaries averaging R1.5m each, while the lower paid staff only average R100,000 each.

In spite of the licensing system being highly lucrative for government, they never bothered to obtain a backup system in case things went haywire. Instead of them paying for a new system, they are letting millions of South Africans pay for the department’s poor management.

It isn’t that the Driving Licence Card Account division of the Department didn’t know the machine was on its last legs. Early last year they acknowledged it was “obsolete” and in need of replacement. But they never got around to actually doing it. But then, they never had an incentive to move quickly. A monopoly service doesn’t worry about happy customers.

When in New Zealand a few years back, I needed a local driver’s license. I hadn’t really looked into how things worked there and was pleasantly surprised. Unlike the notoriously bad Department of Motor Vehicles in the US, in New Zealand there is no such entity. There is still licensing and testing but there is no one centralised monopoly service with clerks who take 20 minutes just to sign their name.

If you need to get new licence plates, you go to any post office, pay at the counter and are handed new plates rights there and then. The post office across the street from my home did just that and was open on Sundays, but then it was a privately owned franchise of the New Zealand Post and could set extended hours if they wished.

When it came to my driver’s licence, I was worried because I had dealt with the licensing departments in both the United States and South Africa and I dreaded the idea of standing in endless queues that move at the speed of molasses. A friend urged me to get the licence and I expressed my reluctance.

He said I should go Sunday morning. I had never heard anything so ludicrous in my life. What government agency is open on Sunday? He assured me all I had to do was go to the Automobile Association office not far from the house.

I walked into the office of the AA and a few dozen customers were there. Most were taking tests or filling out applications at the tables provided them. There were three clerks and all three had one person being served. I got in line and in about two minutes was at the front of the line. I gave the clerk some basic information and she handed me a test about rules of the road.

I sat down, took the test, and went back to the clerk who attended to me immediately. She checked the answers there and then and said I passed. She had me look at an eye chart and do an eye test and then had a photo taken for the licence and I paid the fee. The whole exercise took about 30 minutes. The licence was mailed to me and I received it with the Monday afternoon mail.

A huge difference is these organisations rely on people choosing to use their service rather than those of a competitor. Unlike the DMV in America, they have to have happy customers or they lose money. I read of a 17-year-old who had his driving test ended when his fuel light came on. He complained to the private Vehicle Testing New Zealand and his father complained on Facebook. VTNZ said their employee erred, refunded the test fee to the boy, called him up to personally apologize and rebooked his test free of charge.

In New Zealand, people are treated as customers because there they actually recognise them as customers. That is something South Africa should mimic.