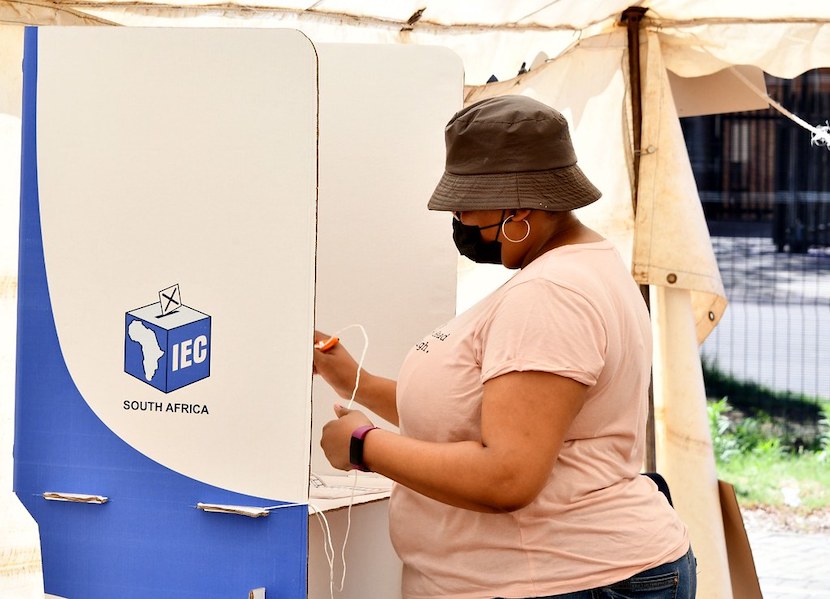 By Rejoice Ngwenya’s definition, liberals do things for themselves, and the gullible citizenry is so conditioned to believe an all-powerful government provides all, despite damning evidence to the contrary, that it simply won’t vote for liberals. The executive director of the Coalition for Market and Liberal Solutions (COMALISO) in Zimbabwe, writes for the Free Market Foundation. He tells graphic tales of where he grew up and outlier businesses fixing their own potholes so customers could comfortably park their cars. It’s a familiar experience in South Africa where entire communities, across racial, cultural and income lines, restore services that their elected municipal or regional officials are too lazy or incompetent to provide. Yet, maintains Ngwenya, the majority of Africans will vote these lying braggarts – full of hot air and empty promises – back in. He says a kind of ‘mental paralysis” holds millions in its thrall, perhaps brought on by myriad government grants without which they’ve come to believe they cannot survive. – Chris Bateman

The idea that government is God is holding Africans back

It will forever remain difficult, actually, near impossible, for African liberals to contest and prevail in elections, especially at local level. Political campaigns at municipal level are grounded on blatant lies and false promises. Self-righteous candidates, usually aspiring politicians with no known record of civic society activism, would say things like: “If you vote for me, I will build clinics and roads for you, and God willing, turn our ward into a small heaven.” The tragedy is that it is not uncommon to see gullible citizens repeatedly falling into this deadly electoral illusion, year after year.

Government as it is configured today ought not be trusted. How a gathering of 1,200 councillors, 220 members of Parliament, and 32 Cabinet ministers is designed to achieve anything, let alone do anything for ordinary people, is impossible to comprehend. To believe that a politician can suddenly be endowed with a heart to care about your personal and social needs defeats logic.

Yet, not all is lost in this cacophony of electoral mirages. The most – nay, the best – these elected glorified beings can only do is to make laws, policies and regulations that make it easier for us to look after ourselves and our families. In simple liberal language, we vote for them in order that they safeguard our individual social, economic, political and moral freedom. The moment an office-bearer promises to do anything material, we should switch off and look the other way. No wonder we perennially remain in a permanent state of electoral anxiety and expectation. We never seem to learn from past experiences, even if it was a mere five years ago.

We Africans, particularly Zimbabweans and South Africans, were spoilt by both colonialists and nationalists in equal measure. As a teenager in Bulawayo, white municipal councillors made sure we had fantastic roads, great social centres, and potable water. We even had great ‘cocktail’ bars like Madlodlo and breezy stadiums like Barbourfields. It never occurred to me that I would have to look after these assets one day, myself, as an adult in independent Zimbabwe.

Back home is Shurugwi at Mashoko Business Centre, the shoddy but enthusiastic detachment leader of ZANLA guerrillas told the bemused villagers in 1978 that Robert Mugabe was, after all, fighting for their freedom and that he would return their motherland to them.

Even today, ZANU-PF still says they gave us our freedom and democracy, thus we ought to be eternally grateful. In 2002, opposition MDC vowed that if we voted for them, they would turn cities and rural villages into paradise, provided we voted ZANU-PF out. Indeed, we voted ZANU-PF out of all the towns and cities, and MDC did exactly the opposite of what they promised. They turned towns and cities into rural villages! Was it their fault? No. It was our fault because we keep believing politicians are in fact God ‘who provides’.

We are now in electoral year 2023, and guess what, both ZANU-PF and new CCC boys are telling us exactly what we heard in 2018; that if we vote for them next year, they will turn our towns and cities into paradise!

A political manifesto is, by design, an audacious, hairy compilation of unfulfillable promises. Manifestos are deliberately engineered to not tell us what we need to do. They are like the pilot’s instructions at cruise altitude; vote for us, sit back and relax as you enjoy the flight. All you need do it press a bell above you and ‘Miss Politician’ will come dashing down the aisle with a trolley full of goodies!

Here’s anecdotal evidence. In the small settlement of Ruwa, 20 kilometres east of Harare along Mutare Road, there is a small industrial shopping village called Msasa. On my right, I see Puma petrol station, Farm and City, Chicken Inn, Nissan Clover Leaf Motors, and units like Tenda Buses, Puroil, some bottle stores and betting shops here and there. One assumes these are corporate citizens who pay rates not just to the Harare City Council but also licence fees to the state road agency, ZINARA. But these retailers also make lots of money from us – in United States dollars – because we frequently patronise their services. The roads and parking spaces in front of their businesses is akin to a war zone, littered with deep potholes. Customers struggle to park their cars – let alone walk – due to these potholes, congestion and vehicular chaos. I do not know whether these business owners are blacks, whites or Indians, but what I know is that just further down the road at Halsted Brothers, those ‘brothers’ took it upon themselves to resurface the bituminous road and draw white parking lines to make life comfortable for their customers. Halsted Brothers also pay rates and licences to both Harare City Council and ZINARA, but they are responsible citizens who know that if they don’t do anything for themselves, neither council nor ZINARA will. These brothers are we liberals call ‘responsible capitalists’.

In my neighbourhood, all but a few residents think that one day the Ruwa Local Board will resurface all roads, install streetlights, provide water, build clinics, and ensure we have a state-of-the-art shopping centre with clean vegetable markets. The citizens expect this because they pay rates and licence fees. They think that if they keep pestering the council, one day all the promises made by politicians in 2018 will be fulfilled. Thus, if another prospective councillor or member of Parliament comes to us and tells us that if we vote for them in 2023, they will provide all that to us, many Ruwa citizens will still gladly vote for them.

Yet, if I went on the campaign trail today and said, “If you vote for me in 2023, I will help you resurface the roads, install streetlights, provide water, build a clinic, and ensure we have a state-of-the-art shopping centre with clean vegetable markets, all this on your own,” nobody will vote for me. Why? Because the ‘government will’ belief is almost spiritual, to the point of mental paralysis. I do understand why Iiberals would not get a single vote: Because we believe citizens can do things for themselves.