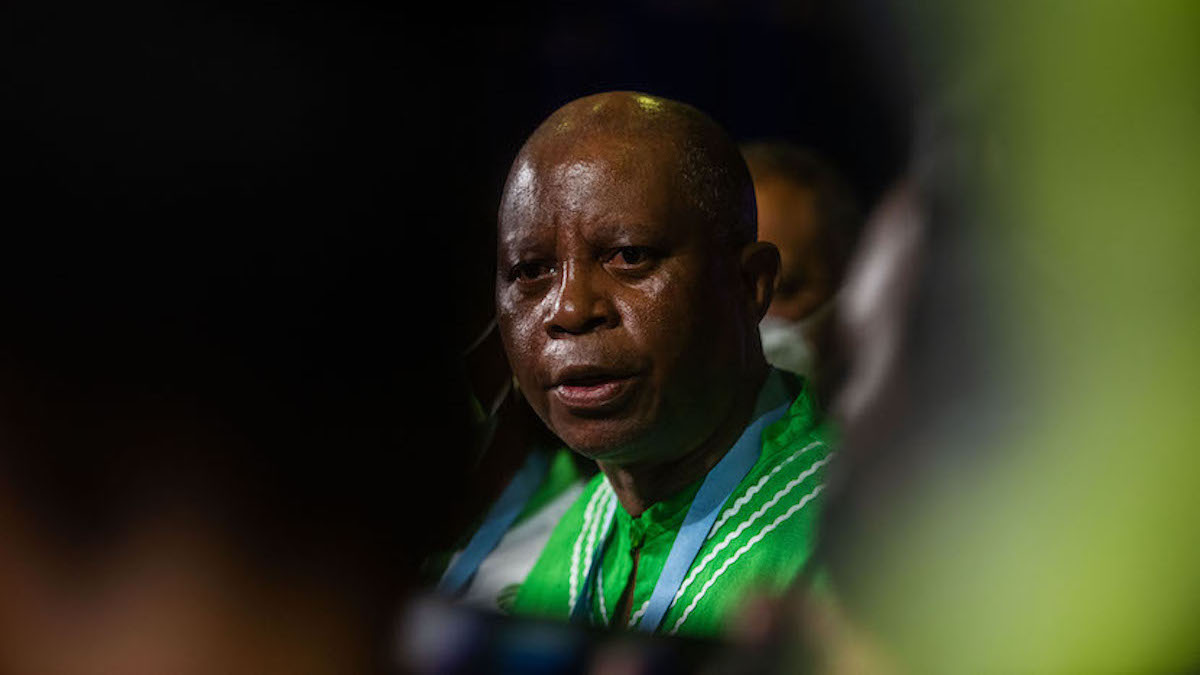 There’s one scenario analyst Nicholas Woode-Smith doesn’t sketch in this piece about the alleged political foolishness of ActionSA’s Herman Mashaba. (Mashaba’s foolishness being an attack on his party’s natural ally in Helen Zille and the DA, sabotaging a potential coalition and playing into the ruling party’s hands.) The missing scenario mirrors what set Mashaba off; Zille’s even pondering an alliance with a moderate faction of the ANC. Which is exactly what Mashaba may try in order to compete with the DA. There’s only one flaw in this omitted ‘turncoat’ scenario: the ANC moderates would then have to match the strength of the DA – a different debate. DA supporters will agree with Woode-Smith out of pure fear of what might happen if the RET faction of the ANC (worst case scenario) or the broader church (whose bells no longer ring for all), rule after our next election. The current ANC policy driven slide must be stopped at all costs, they’ll say. Petty infighting among potential opposition partners is political suicide, Woode-Smith contends. – Chris Bateman

The Sunday Times article by Herman Mashaba of ActionSA (ASA) in which he attacks Helen Zille and the Democratic Alliance (DA) for considering a possible coalition with the African National Congress (ANC) was not only unnecessary, but jeopardised democracy, prosperity and a possible future for South Africa.

The article condemns Zille for tweeting that she would no longer consider a coalition with a moderate internal faction of the ANC. For this, Mashaba feels the need to attack Zille for even considering a coalition. He penned a vitriolic piece on June 19, nit-picking at overheard conversations from years ago, and oversimplifying local politics to paint the DA as an uncooperative coalition partner with the ASA.

But this article proves that if there is an uncooperative coalition partner, it’s Mashaba’s ASA. This attack is a betrayal of the trust that should exist between coalition partners. Mashaba has squandered that trust. And for what?

A lot can happen before 2024’s election. The ANC could spawn a genuinely moderate and reasonable faction worth supporting. But that is irrelevant. What is pertinent is that Mashaba chose to make a public attack on a political ally. And by doing so, he serves not the betterment of South Africa or the opposition project, but the reinforcement of ANC dominance.

ASA and the DA aren’t natural enemies. They share essential values and have the common goal of unseating the ANC – which continues to drive everywhere it governs into the ground. The natural enemy of ASA is not the DA. It’s the ANC. But rather than use its energy to fight the ANC, Mashaba takes repeated potshots at the DA.

Who does this serve? In the short term, it may win ASA some DA voters. But, in the long run, all it does is erode trust in the opposition as a whole.

Before Mashaba thinks of continuing his vendetta against the DA, he should keep this in mind. Fighting the DA is fighting the very project he should be supporting, because the opposition’s only hope of beating the ANC is in cooperation with the fellow opposition and not petty attacks against one another.

Fights amongst opposition parties only serve the short-term vendettas of politicians. To voters, opposition parties are often interchangeable. So, when Mashaba attacks Zille, it looks like infighting, which erodes trust in the entire opposition institution. Voters are then lost to apathy, as they will just choose not to vote at all, or will even turn to the ANC as a more stable alternative.

When the ASA and DA fight, the ANC wins. This is not to say that the parties must be perfect buddies. Conflicts will arise. But, there are proper and appropriate channels. If Mashaba truly was concerned about this issue, he should have brought it up at a coalition meeting. The DA and ASA meet regularly as coalition partners. But instead, Mashaba preferred to attack his ally publicly.

What did Mashaba’s hit piece hope to accomplish other than reducing overall trust in the opposition, and eliminating the essential need for opposition parties to cooperate?

Unfortunately, it seems that ASA has adopted an anti-DA strategy as we approach the 2024 elections. For petty politics, this may be prudent. But, in the grand scheme of things, it is nothing more than voter cannibalism and pettiness. The opposition parties shouldn’t be warring over voters. They should be appealing to different constituencies in order to unite as many voters against the ANC as possible.

The fundamental problem with Mashaba’s article is that, while he claims to be afraid that the DA could go into coalition with a moderate splinter of the ANC, the DA did not choose to do this. They allied with ASA and other parties. They have expressed a sincere desire to form coalitions and stable governments across the country.

Nonetheless, based on its behaviour, it seems ASA doesn’t want the same. They don’t want to oust the ANC. They want second place, to oust the DA as official opposition. But who does this serve? Not South Africans. Not the opposition project. But the ANC.

While ASA should be devoting its time to attacking the ANC and forming winning coalitions, they’d rather attack their allies. All of this benefits no one else but the ANC. Perhaps Mashaba should look at himself in the mirror before he accuses the DA of seeking alliances with the ANC.

Mashaba needs to put his trivial vendetta against the DA aside. He must work with the DA and other parties against the ANC. Or, he must step down and let someone else lead ASA. Because as it stands, he is not doing what his party, the opposition, or South Africa needs right now.