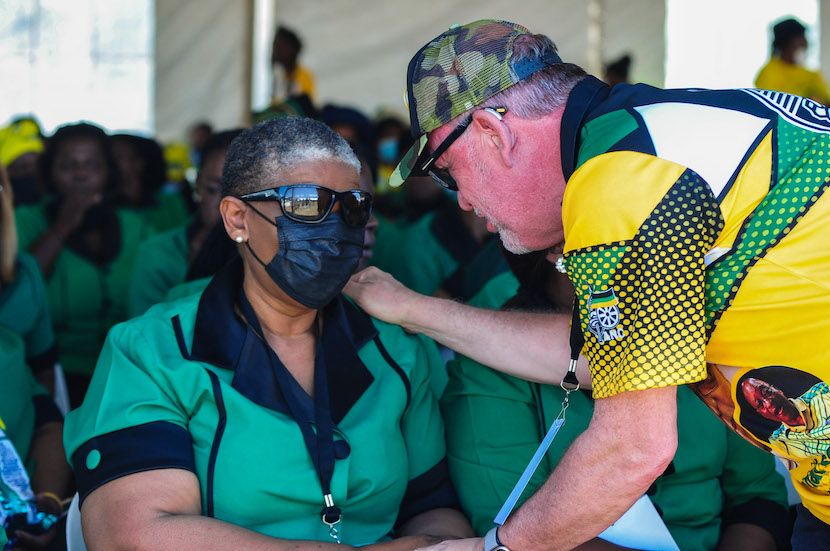 Our opposition parties are fiddling while Rome burns. Fiddling on social media and scoring petty political points off each other, which (really?) they seem to think will translate into popular votes. So, let’s say one opposition party wins the Twitter War. What price victory? Successfully taking on the apocalyptically corrupt ruling party? Alone? No, says author, economic historian and political analyst, Nicholas Woode-Smith; they should put their differences aside and find what is far more substantial common ground in order to root out the rot by winning together at the polls. Then deal with the less important issues, which you can be assured will not be deal-breakers when they’re in the driving seat. Staying in power will subsume everything else, just ask the ANC. The real work will be hauling out the rat traps, fogging out infestations and putting competent people in place. Perhaps even keeping the increasingly rare, oddly competent ANC cadre. We all know politics makes strange bedfellows. It’s how that impacts the electorate that matters. – Chris Bateman

Criminals elected in Durban as opposition bickers on Twitter

The African National Congress (ANC) members continued their bad habit of appointing corrupt officials when they elected two corruption-accused leaders to top posts in the eThekwini ANC. This saw Zandile Gumede – accused of a corrupt tender involving Durban solid waste management worth millions of rands – elected as the head of the region with the most branches of any other urban centre.

This shouldn’t come as a shock. The propensity for branches to elect corrupt figures is deeply ingrained within the party’s culture, leading to corruption up the hierarchy; which then goes on to infect the institutions of the entire country. It is a rot that starts within the lowest bowels of the ruling party and comes to infuse and destroy all things.

Durban is a major political centre, with the ruling party in the area now being run by a crooked official who is a close ally of Jacob Zuma and 20 others facing fraud, corruption and racketeering charges. How can we expect to prosper or grow when our officials are so blatantly dishonest, effectively criminals, and the ruling party keeps re-electing them?

Despite President Ramaphosa paying lip service to the fight against corruption, not much has really been done. Because corruption is inherent in the ANC at this stage. It has been happening for far too long. Too many officials, branch members and leaders have tasted the sweet temptation of bribery and tender fraud. No matter whether Ramaphosa has genuinely good intentions or just merely wants to pretend to South Africans that something is being done, the solution will not come from the ANC.

The answer to corruption in South Africa must come from the opposition. But the Democratic Alliance (DA) cannot unseat the ANC alone. They’ve tried and have repeatedly failed. The ANC is too entrenched and the DA has proven unsavvy in many aspects of electoral politics. Even if the DA was to become more effective, they will never be able to garner the votes needed to overthrow the ANC. Not alone, at least.

The DA is one party with its own policies, principles and constituency. The broader it becomes in an attempt to appeal to more voters, the less effective and less desirable an opposition party it turns into. So, the solution is not for the DA to become the dominant opposition party. It cannot do so and should not so do.

South Africa is blessed that it has a parliamentary system that enables smaller parties to have a big say. This not only allows minorities to have representation in government, but forces compromise and co-operation between parties. At least, that’s the ideal.

Because, while the ANC voted corrupt officials into leadership roles in a major political region, the opposition parties were too busy attacking each other on Twitter.

ActionSA, led by Herman Mashaba, and the DA have continually struggled to put aside their differences. It makes sense why they struggle. Mashaba is an exile of the DA, after all. And, for many DA members, the anti-immigration policies of ActionSA are unpalatable.

The DA renewed the feud with an apparent SMS campaign that attacked Mashaba based on his xenophobic policies. This campaign, and any attack against a fellow opposition party is, frankly, a waste of resources, time, and goodwill.

The DA should be spending its limited funds, energy and political capital on unseating the ANC: the big enemy that is looting this country with impunity while the opposition parties bicker like schoolchildren.

While Mashaba can be expected to respond harshly to the DA’s campaign, he shouldn’t. This is too important a game to squander victory on personality politics. Rather, Mashaba should be offering the olive branch, and halting this quarrel in favour of working together against their common foe.

Like it or not, the DA and ActionSA (and many other parties that squabble incessantly) are natural allies. They may have incompatible issues, like immigration, but they definitely also have compatible values. More major values that must take precedence before they can fight at a later date about the niceties.

The priority for the DA and ActionSA should be working together to oust the ANC, end the apocalyptic levels of corruption, solve our unemployment and crime issues and, effectively save South Africa. After that, they can fight it out over the policies about which they disagree.

The opposition needs to stop embarrassing themselves in front of voters by arguing over social media. Create a strong front. A coalition of more than just political convenience, but of shared values. We live in desperate times, and this desperation should be pushing parties to behave themselves and co-operate. Not fight for scraps and social media engagement.