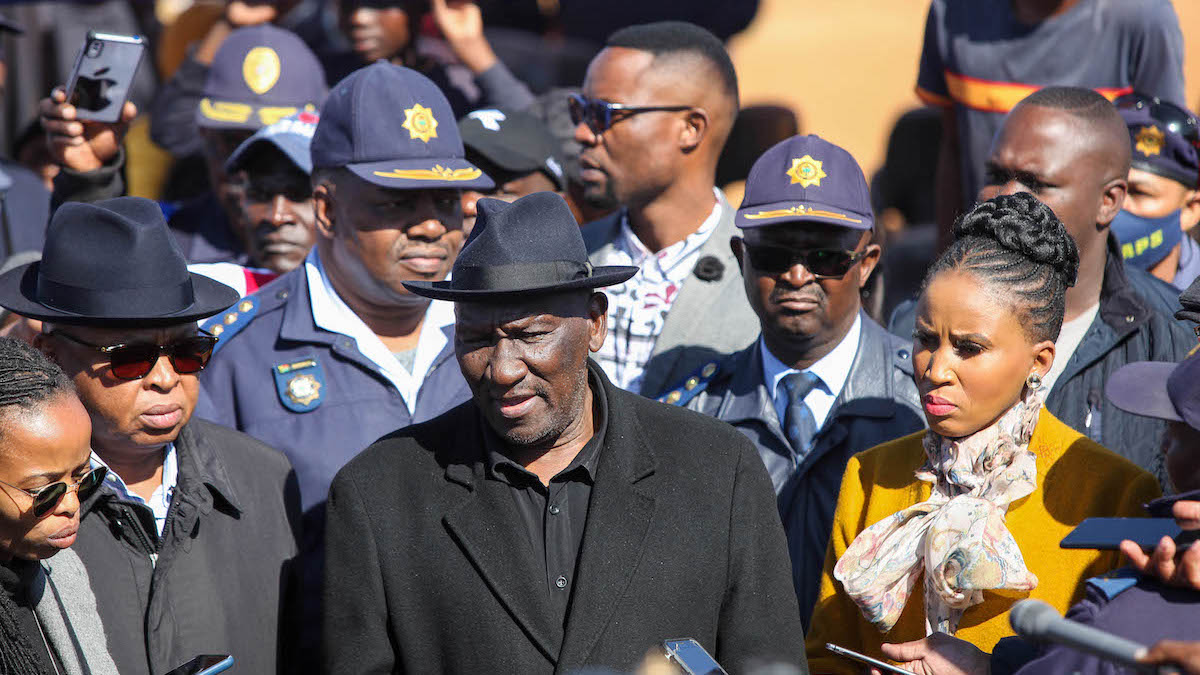 Crime is nothing new for South Africans, ranging from breaking and entering houses to the cries of murder taking place in the streets. We have become accustomed to news about rising crime. But what has become frighteningly new is the mass shootings that have rocked the country over the past few weeks. Shootings in Alexandra, Pietermaritzburg and Soweto have added to the fear and panic South Africans feel, and added to our crime and murder rate, one of the highest in the world. The question is why? Guy Lamb, in The Conversation, attempts to answer this through his analysis of mass shootings in the country. From its turbulent origins in the struggle for democracy, all the way to gang warfare and minibus taxi disputes, the article attempts to explain criminal acts and offer solutions to hopefully mitigate these violent outcomes. – Asime Nyide

Mass shootings in South Africa are often over group turf: how to stop the cycle of reprisals

In just two days in early July, 25 people were shot dead in four separate incidents at taverns across South Africa. In one of these shootings, in Soweto, 16 people lost their lives.

The killings made international headlines and were shocking even in South Africa, a society with one of the highest murder rates in the world.

There has been intense speculation about the motives behind the killings in the absence of reliable evidence that explains why the multiple murders took place.

To provide some insights into the possible reasons, I reflect on some of the research about mass shootings in South Africa with a view to recommending violence prevention interventions.

South African police classify a mass shooting as an incident in which three or more people are shot with a firearm. Available evidence indicates that mass shootings in South Africa are mostly perpetrated by organised criminal groups, such as gangs, with motives often linked to competition over territory and resources. And that shooting incidents have a tendency to result in reprisal attacks.

Based on my insights gained over decades of researching violence in South Africa, my view is that the police will need to prioritise the confiscation of illegal firearms and improve the functioning of crime intelligence to reduce the occurrence of mass shootings.

Mass shootings have been taking place in South Africa for decades. Incidents were prominent during the 1990s, especially in the province of KwaZulu-Natal as a result of tensions between supporters of the African National Congress and the Inkatha Freedom Party. Over the past three decades conflicts between minibus taxi associations and between criminal gangs (especially in the Western Cape province) have frequently been characterised by mass shootings.

Most murder cases involve the use of a firearm in which a single perpetrator murders a single victim. Nonetheless, multiple murders are perpetrated on a regular basis. For example, the 2019/20 crime data indicated that there were 508 murder cases where two or more people were slain simultaneously. A total of 1,133 people died in the incidents. This represented 5% of murders for 2019/20.

No data for multiple murder cases was provided for 2020/21. But quarterly crime data for 2021/22 showed a significant increase in such murders. For the six-month period between 1 October 2021 and 31 March 2022, there were 416 multiple murder cases involving 953 victims. This equated to 9% of murders for this period.

Historically, most mass shootings in South Africa have been associated with three main things: gang conflicts, rivalries in the minibus taxi sector and factional or inter-group feuds (mainly in KwaZulu-Natal). These forms of collective violence have ultimately emerged from efforts to control certain spaces and resources.

Criminal gangs operate in most major cities in South Africa, especially in Cape Town and Gqeberha, in the Eastern Cape, where much of the violent crime has been attributed to gang activity. Gang conflicts have traditionally revolved around gangs seeking to dominate poorer urban neighbourhoods to facilitate and benefit from the trade in illegal goods, especially drugs.

Violence in the minibus taxi industry has often arisen from conflicts between taxi organisations over access to transport routes and taxi ranks. Another driver has been the perceived competition from other public transport service providers, such as bus companies.

Factional disputes, which have frequently been linked to party politics, have often been related to access to and control over territory.

Mass shootings have at times been the outcome of conflicts between vigilantes and gangsters (or those regarded as criminals by vigilante groups) over control over specific communities. This has been an ongoing problem in Philippi East in the Western Cape. For example in September 2017, 11 people were fatally shot in one evening at the Marikana informal settlement in fighting between gangsters and other residents.

Vigilantes in Phoenix were also responsible for mass shootings during the July 2021 unrest in KwaZulu-Natal.

Mass shootings have also been associated with the illegal gold mining sector, due to conflicts between competing groups of miners (or “zama zamas”) and between zama zamas and law enforcement or private security personnel. For instance, eight illegal miners died in a shootout with police at a mine in Orkney in October 2021. And in January 2018, seven died in a shootout between different groups of miners.

Since 2017, mass shootings, particularly in Khayelitsha in the Western Cape, have increasingly been attributed to extortion efforts by gangs. Acts of mass firearm violence have been used to terrorise township businesses and residents into paying “protection” fees.

Such violent organised criminality appears to have become more prevalent. Extortion efforts might be the cause of the recent tavern shootings in Soweto and Pietermaritzburg.

Turf battles between extortion gangs have also tended to result in mass shootings between these groups.

All these forms of collective violence appear to have become self-perpetuating. Mass shootings have tended to ignite retaliatory attacks, which in turn have led to further violent reprisals. This has contributed to norms and beliefs that prioritise the use of violence to manage inter-group conflicts becoming more entrenched in crime-affected communities.

On top of this, COVID and the war in Ukraine have had serious implications for the legal economy as well as the illegal economy. Organised criminal groups have been feeling the economic pinch. Hence competition between groups, especially between street gangs and groups specialising in extortion, appears to have become more acute and more violent.

The first entails the establishment of targeted police operations that focus on the confiscation of illegal firearms and ammunition where the risk of mass shootings is the highest, such as Khayelitsha and Delft in the Western Cape and Soweto in Gauteng. This is critically important as the upturn in violent crime appears to be linked to the widespread availability of illegal firearms. These are the most common weapon used to commit murder, attempted murder and robberies with aggravating circumstances in the country.

This would need to be linked to a process of tightening the firearm law to reduce the diversion of firearms into criminal hands. More than 5,000 licensed firearms are lost or stolen each year.

The second option necessitates considerable intelligence gathering. The police service’s crime intelligence arm needs to be able to identify and monitor the activities of groups responsible for mass shootings to secure arrests and convictions in court.