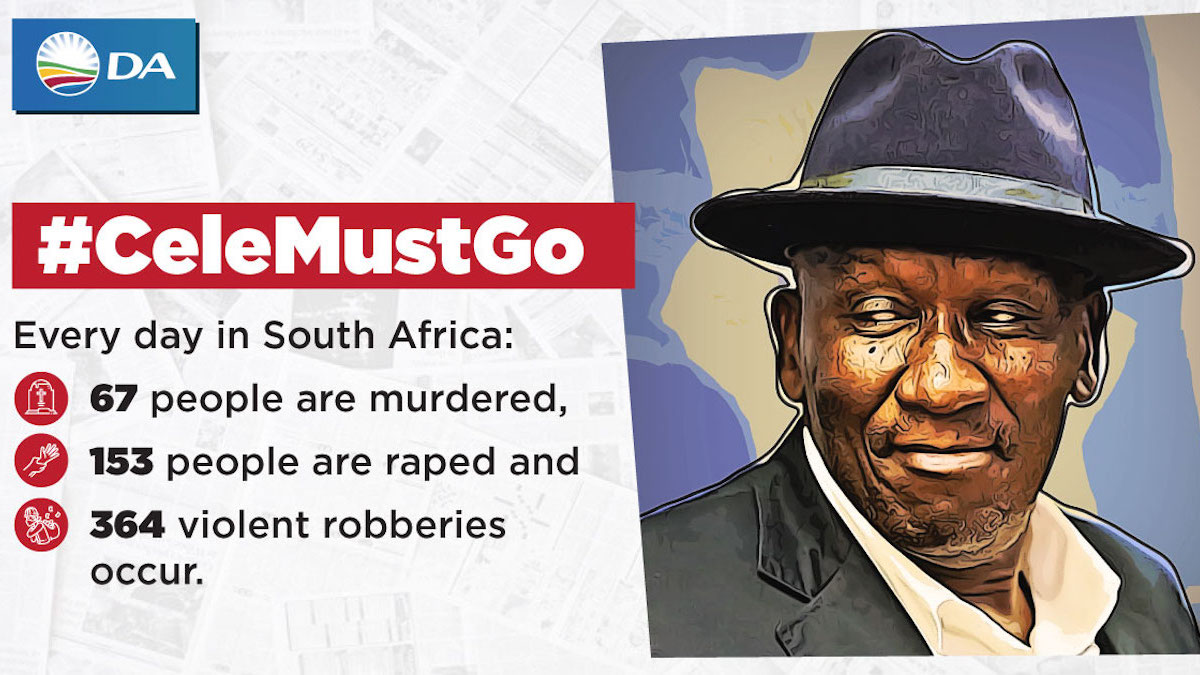 In March this year, the DA tabled a motion of no confidence against Minister Cele and his Cabinet colleagues. We listed a number of reasons why his head should roll, including his sponsorship of the controversial Firearms Control Amendment Bill that seeks to make gun ownership for self-defence illegal; the massive DNA backlog; failure to fully implement the South African Police Service’s 2019 rural safety strategy; and his refusal to sign off on the secret service budget in December 2020 – a key reason for the chaos at Crime Intelligence and its inability to anticipate the July 2021 unrests.

Minister Cele’s attitude to his mandate to protect and serve South Africans was once again displayed when he was confronted with his many failures. Instead of answering the various concerns of Gugulethu residents, he chose to shout down an activist and had police officers escort him from the premises.

Despite overwhelming evidence of Minister Cele’s unsuitability to hold office, President Ramaphosa has not so much as reprimanded Cele for his poor performance.

Minister Cele has done nothing to address the critical shortcomings of police officers, which has contributed to increased violent crime, with the last quarter crime statistics reporting that 67 people are murdered, 153 people are raped and 364 violent robberies occur every day.

Once Minister Cele has been fired and replaced with a capable, fit-for-purpose minister, the President must ensure that the following is prioritised: