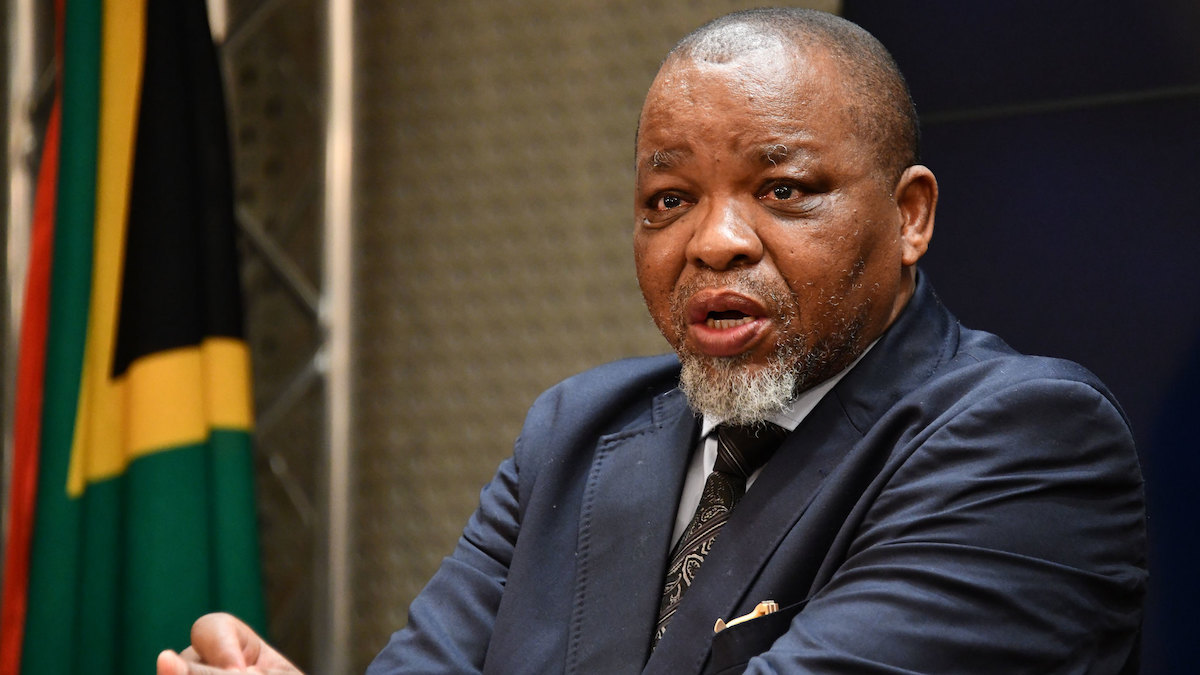 Gwede Mantashe says he doesn’t build power stations. This is true. He doesn’t. That is why he must be fired, writes Ivo Vegter on the Daily Friend. Mantashe went on to blame Eskom’s management for ‘pitting society against the state’, as if the government has done everything it can to support Eskom and done nothing to deserve the righteous anger of the people. And, for good measure, he blamed ‘liberal analysts and journalists’ who write ‘rubbish’ for ‘always looking for [a] Bantu to blame’. Eish. This is what we’re up against! – Sandra Laurence

Why Mantashe must go, now

In an interview with Kyle Cowan of News24 (paywalled), the minister of energy, Gwede Mantashe refused to take any responsibility for South Africa’s deep energy crisis, saying that it’s not his job to build power stations.

He again blamed Eskom’s management for ‘pitting society against the state’, as if the government has done everything it can to support Eskom and done nothing to deserve the righteous anger of the people.

In South Africa, the race card is the last refuge of scoundrels, so for good measure Mantashe blamed ‘liberal analysts and journalists’ who write ‘rubbish’ for ‘always looking for [a] Bantu to blame’.

I write this as someone who has on more than one occasion defended Mantashe over controversial things he said, such as that ship-based gas power plants should be deployed to produce emergency power, that nuclear power should be a major part of South Africa’s energy mix, that onshore shale gas drilling should go ahead as soon as possible, and that Africa should be free to generate electricity however it wishes, free from the influence, bribery, and legal obstructionism of green activists from among the local and global elite.

But I cannot defend the indefensible. Mantashe’s paranoid hand-washing routine would be funny as a comedy skit, if it were not so extremely serious that a sitting cabinet minister can just shrug his shoulders and say ‘not my problem’ about an existential crisis for the country and say ‘not my job’ about a core responsibility of his department, namely planning and procuring new generation capacity.

Let’s scale this down by way of analogy. Let’s say you’re the fleet manager at a company that delivers things that are important to customers, like legal papers or medical samples. Your job is to make sure that there is always an operational fleet of vehicles to carry out the business of the company. That means maintaining existing vehicles, repairing them when they break, buying new ones when old ones are retired, and adding more vehicles to the fleet if that is necessary to serve all the company’s customers.

Now imagine that half the vehicles break down because they were not serviced, and that for years, no new vehicles were bought to keep the fleet operational, despite repeated requests, instructions, and reports telling the fleet manager to buy vehicles or the company would face dire consequences.

The predicted consequences arrive, and the company starts losing customers because deliveries are always late. So, the CEO goes and talks to the fleet manager to find out what’s going on.

The fleet manager says, to use Mantashe’s words, ‘my responsibility is to approve’, adding ‘it almost assumes that if I approve a [new vehicle], I must go and build that [vehicle] myself.’

Do you think the CEO will walk out of the door and go yell at the motor mechanics, or at the car dealership across the road? Or do you think that the CEO will summarily fire the fleet manager and appoint someone who is actually capable of managing a fleet?

No, Minister Mantashe, nobody expected you to physically construct power plants. You’re treating the people of South Africa like idiots by even saying so. But it is your department’s responsibility to commission new generation capacity as and when it is needed, and to make sure it comes online in a timeous manner.

Having failed to do so, you can point fingers all you like, but the buck, as they say, stops with you. Nobody cares about your excuses.

People who don’t do their jobs always have excuses.

‘My supplier let me down!’

‘I ran out of time/money/energy/paperclips!’s

‘My secretary didn’t put it in my diary!’

‘The contractors I appointed didn’t do the work, and it didn’t occur to me that instead of sitting on my fat arse drawing a multi-million rand salary from taxpayers for doing absolutely nothing about it, I could cancel the contract, demand my money back, and appoint other contractors who can do the work.’

You get paid the big bucks, Minister Mantashe, because your job is to get things done. Not to whine that it isn’t your job to actually do those things with your own bare hands, but to make sure that one way or another, they get done.

You failed. You did not make sure new generation capacity was built on time, although it was your department’s responsibility to do so, which means you did not fulfil your ministerial mandate. You did not comply with your job description. You are a delinquent minister.

Meanwhile, across the length and breadth of the country, owners and managers of millions of businesses, formal and informal, arrange backup power sources, change business practices, work late hours, make plans, and pull out all the stops.

They don’t just shrug their shoulders and say, ‘it’s not my fault there’s no electricity, so don’t blame me’.

They will do whatever it takes to keep their businesses operating, to keep their staff employed and their children fed, and to keep earning profits to pay the taxes to keep delinquent ministers in the luxury, load-shedding-free lifestyle to which they are accustomed.

Mantashe is aware that if the electricity crisis continues, ‘it is going to be a major factor in the 2024 elections’. (One would hope so!) He is just refusing to take responsibility for it, even now that oversight of Eskom has been shifted from Pravin Gordhan’s public enterprises to his own department.

If, contrary to all available evidence, Cyril Ramaphosa has any backbone at all, he would summarily dismiss Mantashe. Not just reshuffle him to another portfolio where he won’t do his job either, but fire him from the executive, because ‘executive’ means ‘actually getting things done’.

Mantashe has admitted that he can’t get things done. That should be the end of the road for him.