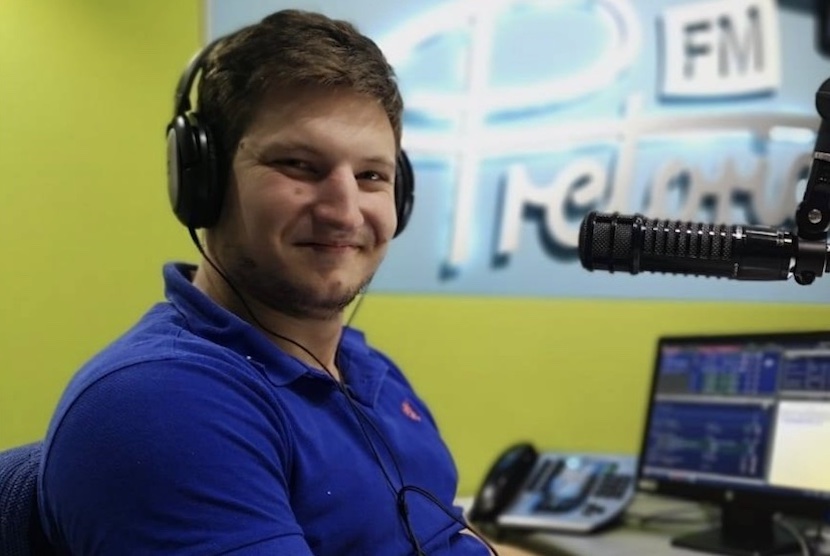 Willem Petzer is the leader of the Taxpayers’ Union of South Africa. He uses social media to raise his concerns about how tax monies are used by the government and his forthright views are attracting attention once again. With the engaging title, “Want to stop funding the ANC with YOUR tax money? Here’s how…”, Petzer’s 18-minute YouTube video has been viewed 54,000 times in under a week. A good start, but some way from the 1.5 million people he expects will sign up to the new Taxpayers’ Union of SA, which intends to use existing laws to act against central government and municipalities that Petzer says are abusing money entrusted to them. Petzer joined the BizNews Power Hour with Magnus Heystek to discuss how he plans to reach these numbers. – Claire Badenhorst

When I released that video on Facebook and on Twitter from my side, it was already loved by thousands of people. I think it’s probably one of the best-responded responses that I’ve ever gotten from a video that I’ve released from my side.

The video was actually viewed just over 50,000 times on YouTube but on Facebook, it was already viewed over 180,000 times. So we’re looking at about a quarter of a million people who viewed the video, and we just got over 12,800 people who signed up to become members of the Taxpayers’ Union, which I would say is a very, very good start. I mean, we’re not even a week old – we’re four days old right now. It’s a very good start, but we’re aiming to get 1.5 million people. But the guys who I think signed up first are the guys who have been following me all these years and who have a bit of a – how shall I put it? Faith in the work that I’m doing.

There was an article written about me – and this is probably the only negative article ever written about me – in The Citizen by a guy called Daniel Friedman. And he posted the photoshopped tweet in which I apparently said that I am the most racist, Islamophobic, antifeminist, whatever, anti-gay person you’ll ever meet or something like that. But the tweet’s clearly photoshopped. And then he posted a bunch of memes that people have put in some comments on some forum. And we actually had a two-year case against The Citizen, and eventually, an independent labour lawyer ruled in our favour and The Citizen had to fire Friedman for his unethical journalism, for basically spreading these lies about me. But what irritates me about this is the fact that the article is still online and for some reason, The Citizen never took it off. And now whenever people want to, you know, say something critical about me, they share this article, even though the truth is the journalist was already fired for it.

On what he’s hoping the Taxpayers’ Union will achieve:

Well, to put it to you in very simple terms, we are a union, and if you compare us to your traditional trade unions, the trade union is set up to give an individual worker or individual workers the power to take on a powerful corporation. In other words, it restores the balance of power between the worker and the corporation. What we as a taxpayers’ union do is we take that model and we create a union for the taxpayers in South Africa to restore the balance of power between the state and the taxpayer. If you look at what happened in South Africa for the past 25 years is, the ANC did whatever they wanted to do. There was tons of corruption, mismanagement and just pure incompetence going on on every level of government. But for some reason, the taxpayer never really took a strong enough stance against this to stop it.

I want to actually compare this to the taxi union during Covid. So during Covid, what did we as the taxpayer or we as the normal middle-class citizens do? Basically, there was one action being taken by Reyno de Beer from the Liberty Fighters Alliance, and he took the government to court, declaring the entire lockdown unconstitutional. So what happened after that? The ANC just ignored all of this. They completely ignored what the Constitutional Court said and they just went on doing exactly what they wanted to do. Now, compare that to the taxi unions. When the government told the taxi unions they need to operate at half capacity, the taxi unions just flat out said no and they went on with the way that they have always been carrying on. And they have the power to do so because the government knows they can’t pick a fight with the taxi unions.

But the government can continue to destroy businesses and to, you know, steal money and buy themselves these massive Mercedes G-Class vehicles and give these big contracts to their family members and friends. All of these things can happen and the taxpayer can be punished. And the state do it because they know that there’s not going to be too much of a push back. So what the Taxpayers’ Union of South Africa aims to do is to change all of that and restore the balance of power towards the taxpayer and give the taxpayer more of a say in the way that their money is spent. Now, if you look at my video, it’s about 20 minutes long where I explained more of the plan and then also today, I had an interview with Roman Cabanac on his YouTube channel called Morning Shot, which was about an hour long, where I explained the whole process.

On why he hopes to reach 1.5 million people:

The simple reason is because we want to put a big target out there, you know, as they say, aim for the moon and then even if you miss, you’ll land up among the stars. That’s one of the things, and then the other reason is because that will be more than half of the current taxpayers, income taxpayers, if you look at 5.8% – which was reported last – of 60 million people. So, ja, that’s why we came up with a number. The number doesn’t mean that much. Our legal expert, Johan Oosthuizen – he’s actually a fiduciary practitioner of South Africa – he and I had this conversation and we asked, what do we need to get the legal standing in the Supreme Court and in the Constitutional Court to be able to say that we represent the taxpayers of South Africa? Then he basically said, because it has never been done before, there’s not a set number. But having 10%, maybe – 150,000 taxpayers will be a very good start. And we are well on our way. I mean, as I said, over 12,000 people already after four days after the release, and we haven’t even really started marketing this thing. I’ve just released a video, a long video explaining the whole thing. Once I release a short video that can be more easily shared and watched by people who don’t have the interest in watching a 20-minute video about politics and these things, then we’ll reach a far greater audience. So, yes, I’m very confident we will reach a number like over a hundred thousand within the next few weeks easily.

On possibly being accused of racism:

Magnus Heystek on establishing the union:

I think it’s an initiative that we need to support. For far too long, we’ve just been very complacent watching what government does, not only applying the taxes but also wasting our taxes. And I think that it should be non-racial. It’s not a white black thing. It’s where the government is mismanaging our money, which lies at the heart of our country. I mean, we can see the results of the mismanagement in the roads and the water and sewerage because the money that should have been spent has been dissipated or stolen. So all the power to you, Willem. Good luck.

Want to stop funding the ANC with YOUR Tax money? Here’s how: | South Af… https://t.co/NpLVBvUlOZ via @YouTube