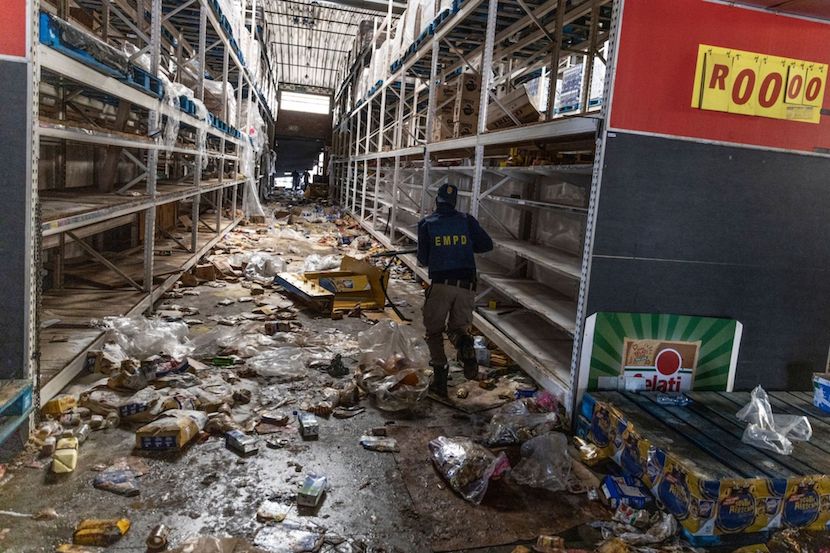 As civil unrest and ongoing rioting plagues the KwaZulu-Natal and Gauteng provinces, many have looked to Zuma as the starting point for all the chaos that unfurled late last week. However, many experts have said that while he may have been the spark that started the fire, the violent protesting and looting currently seen in South Africa was inevitable. In an article recently published on BizNews, Frans Cronje notes that a number of things are behind the explosion of violence – education, economic exclusion and corruption being driving factors. However, many have taken to social media to incite further violence and looting. According to MyBroadband, Police Minister Bheki Cele is looking into a handful of people who were instigating and fuelling riots through various social media platforms. However, a source within the intelligence community revealed to an ENCA reporter that former senior security agency members used “intelligence networks to spark the riots.” This was confirmed by State Security Minister Ayanda Dlodlo, who said this is a line of investigation related to the riots in Gauteng and KwaZulu-Natal. This article was first published on MyBroadband. – Jarryd Neves

Former senior security agency and ANC members aligned with Jacob Zuma have allegedly instigated the unrest in Gauteng and KwaZulu-Natal.

State Security Minister Ayanda Dlodlo confirmed that this is a line of investigation related to the riots.

“We have received such information as the State Security Agency and are investing it. We are working through it,” Dlodlo said.

Police Minister Bheki Cele added that the security cluster is looking at ten to twelve people who were fuelling the riots through social media.

Commenting on the continued unrest, Dlodlo said they had done a good job at preventing the riots and looting from spreading.

She said the reason why there is no looting in provinces other than Gauteng and KwaZulu-Natal is because of their work.

“The intelligence has always been there. We have been providing information through crime intelligence and the State Security Agency,” she said.

Dlodlo added that they received information and passed it on to the police, but they “cannot be everywhere at the same time”.