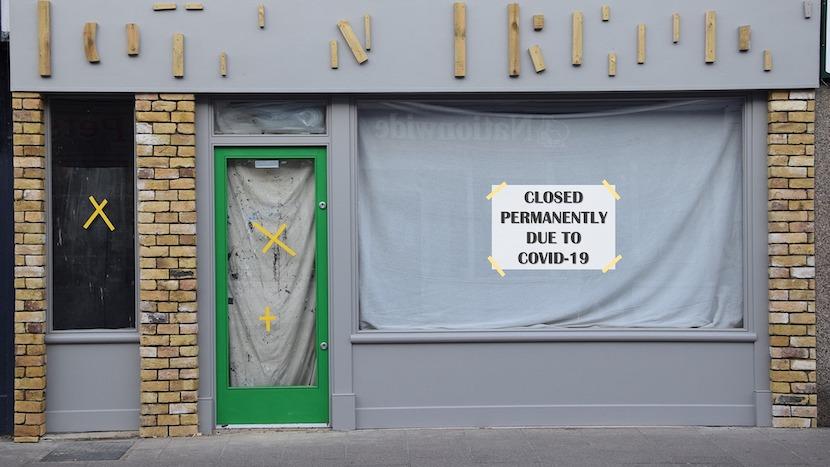 The social unrest in South Africa in July caused extensive damage to 161 malls and shopping centres, as well as 11 warehouses, eight factories, and 161 liquor outlets and distributors. Clothing retailer Mr Price Group Ltd. saw 109 stores entirely cleaned out and hundreds more closed. As Bloomberg reported, while some claims would be assessed by Old Mutual Group and Santam, the bulk of the burden fell to state-owned Sasria Insurance. “We are well capitalised and have adequate reinsurance in place that gives us the comfort that we can facilitate these claims,” Sasria’s executive manager for insurance operations, Fareedah Benjamin, said in an interview. Sasria also claimed that it had centralised all applications so “its most experienced handlers are able to process them quickly”. However, Stuart Pringle, risk transfer consultant at Royal Union, is concerned that, due to the sheer number of business claims, Sasria won’t be able to pay out in time. “Nobody’s saying Sasria doesn’t know how to do its job. Nobody’s saying that they’re not trying and they’re not really looking at the situation. But the capacity and the numbers don’t add up so let’s get together and sort it out as an industry. The big insurance companies are there to help,” he says. He joined BizNews to spread more light on the issue. – Claire Badenhorst

Stuart Pringle on why he’s concerned about the business claims:

If you think they’ve said that 40,000 businesses have been affected, let’s just say that 25% of those had insurance. That’s 10,000 businesses. If you’ve got 10 claims handlers, it’s 1,000 claims per claims handler. I mean, you can do the math and for me, the numbers just don’t add up. You know, you can’t have a situation where people are waiting because they [are] claim number 9,322, and they’ve got a query or there’s a query on their claim and then it just goes to the bottom of the pile. You know, you basically end up at the bottom and you’ve got to climb your way to the top and these are people that need to start their businesses. They’ve been paying their insurance premiums by due date and really, we need to make sure that as an industry, we get together to make sure that their claims are paid timeously. I think that’s the take-home message from this today.

On making businesses wait too long to be paid out:

I just don’t think it’s acceptable to have to wait for a year to have your claim paid. I mean, I’ve got one of my clients that, due to lockdown and the Edcon group sort of imploding, they’ve gone through business rescue. They’re just starting to pull themselves out of business rescue and now this has happened, and they can’t wait three, four, five, six, seven months to be paid. Their business won’t be around anymore. I don’t know if you know how the clothing industry works, but you get specific periods of time in which your order needs to be submitted. If it’s a week late, they start giving penalties to you. If it’s two weeks late, they just cancel the entire order. So if you’re waiting on a payment so that you can buy new material, you can pay your suppliers, you can get all these bits and pieces, you’re not going to be around in six months’ time. And that’s my point.

My point is that we need to get together as a group of insurance brokers – the insurers themselves, Sasria, government – everybody needs to get together and say, you know, we cannot let this insurrection destroy completely the economy of KZN. There’s obviously a large number of brokers in KZN and because we are all working as individual companies, we don’t sort of know exactly how many claims there are [or] how quickly they’re being handled. We get to hear rumours and also we obviously deal with the loss adjusters that are dealing with these claims. We get to hear that, you know, three or four interim payments have been made on bigger claims. I can’t substantiate those figures but that’s what we’re hearing.

On the communication that clients have received to date:

Okay, so basically what happens is the insurance companies deal with the claims under a million. The ones that are over a million are dealt with by Sasria, and I think just due literally to the capacity, it’s very difficult to phone through and get through to a person and then discuss one or two of the issues that you might be having with the claim. You can imagine we’ve got 114 claims over R1 million, so does our claims manager phone on a Monday morning or Tuesday and speak to somebody and ask for an update on all 114 claims? And there’s another 1,000 brokers doing exactly the same thing.

As I said to you, the numbers just do not add up for us. You go on to the Sasria website or Facebook page, you go onto all those things and there’s no clear update. Yes, they’ve told us they’ve got the capacity. Yes, they’ve told us they’ve got the money and there’s no reason to doubt that those things aren’t going to happen. All I’m saying is, if you have to wait a year to have your claim paid when you’ve paid your premiums every single year, there’s just going to be large-scale losses of business.

On businesses that get liquidated:

Basically, if a company becomes liquidated, who is Sasria going to pay? And if the reason why the company is liquidated is that they’ve waited [for] five, six, seven months to be paid- yeah, I mean, I don’t know how to explain it any other way, but that I find it quite ridiculous that people can lose their businesses because we can’t pay claims on time. I mean, it’s ridiculous.

On the insurance industry:

We [are] probably one of the most regulated industries in South Africa and we have the FIA which is a body that speaks on behalf of all the intermediaries, which brokers are. Then you’ve got the FSCA and the FSCA is the governing body, the Financial Services Conduct Association. If you just go and read all their mission statements and all of those things, it’s all around treating customers fairly. And at the moment, I can understand the issues, I can understand the capacity issues.

All I’m saying is I don’t want to be sitting in three or four months’ time and going, I wish we had spoken up. I wish we had got together as a group of professionals and made Sasria aware, to say to them, take a step back and just look at the number of claims that you’ve had, do the math and then go, we cannot afford to not pay people for three, four, five, six months because of the capacity issue. I’m not saying that they aren’t able to do the job. They’ve got fantastic people there. The legislation that we’ve got in place is there to help the consumer and to make sure that clients are treated fairly and at the moment, I just think it’s a case of, there are so many claims that everybody is just jumping in to try and sort them out, and we need to sort of take a step back and have a look at it.

On whether the insurance industry has reached out to Sasria:

The insurance industry has certainly reached out. Sasria has given the all insurance companies the mandate to settle claims up to R1 million, and we’ve seen quite a number of those claims getting settled. So that’s what I’m saying. I’m saying if you can pass out claims that are under a million to the insurance companies and the insurance companies are effective, they’ve got far more claims staff than Sasria does, and those claims and interim payments are coming through for those claims. The concern is the claims that are over R1 million. I don’t even know if it’s particularly Sasria’s fault because if you think about it – if you’ve got 150 loss adjusters, the amount of work that each of those people has to do, the amount of pressure that they’re under, and they’re going from one business to another and then they’ve got to compile this report that’s very comprehensive (it’s sometimes fairly complicated), and they’ve got to do all of those things, so they can’t be hassled every five minutes being asked, ‘hey, what’s happening with my client’s claim?’ ‘What’s happening with this claim?’ They just won’t have enough time to sit down and do the work that they need to do to get the claims paid.

On other insurance companies helping out:

So we’ve run for a couple of weeks with the big insurance companies being given claim settling mandates and a pool of money from which to pay claims for. It’s run successfully. So, you know, there’s no real difference between paying a claim that’s under a million and paying a claim that’s over a million. It’s still got to comply with the policy wording. It’s just the number of zeros on the end. So, yes, I understand business interruption claims are complex and take some time to settle but certainly, the material damage claims where your stock has all been destroyed or looted [or] your building’s been damaged in a certain way. How does a business owner that owns multiple retail outlets and now he needs to order new racking and shelving – how does he pay the deposit for that? Must he mortgage his house? These are the things that the average person in the street needs looked after; their businesses need to be cherished. I mean, they [are] businesses that have been around for 10, 20, 30, 40 years in some cases, and they’re hamstrung because they’re waiting for their claims to be paid.

On what will happen if action isn’t taken:

I think it’s pretty simple. The guys that I mentioned earlier on in the clothing industry, some of the big retailers that we do, I mean, the businesses just won’t be there anymore. You know, if you owe creditors R100 million – R120 million, there’s only so long they’re going to wait for you to pay. Again, if it takes a lot longer for you to get up and running again, your business interruption claim is going to be more. There’s so many different things that can actually be avoided if claims are settled timeously.

We just need to start paying people. We need to show people that we are an industry that treats customers fairly. And it’s that simple.