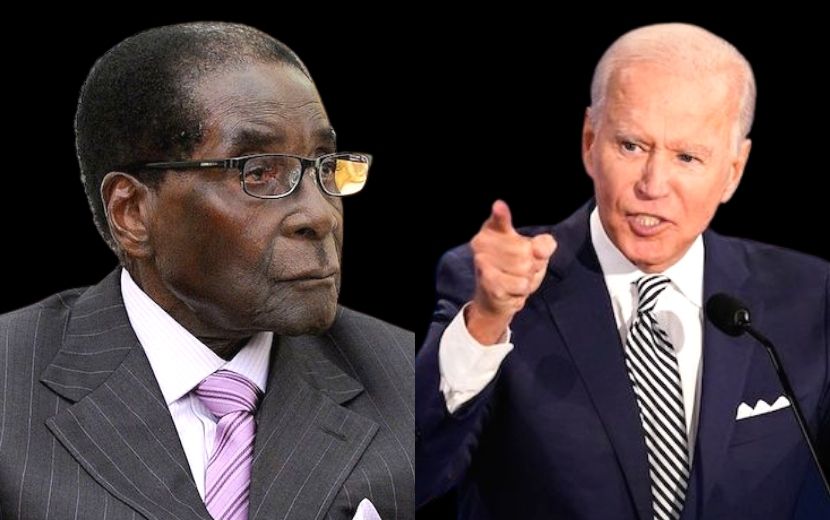 The Biden administration presented many Americans with hope. Joe Biden was ushered in as the 46th and current President of the United States last year, following the ‘arbitrary’ Presidency of Donald Trump – a narcissistically-inclined megalomaniac who became the first person without government or military experience ever to be elected president of the United States. In this article by Simon Lincoln Reader, a London-based technology investor and popular columnist at BizNews, Reader compares Biden to Robert Mugabe – the former president of Zimbabwe and possibly one of the most loathed public figures in history. Mugabe dominated Zimbabwean politics for almost four decades and presided over the country’s decline. The Biden administration already has one great American disaster under its belt – leaving behind more than 100 Americans and thousands of Afghan allies when Biden suddenly ordered US troops to leave Afghanistan after nearly two decades. If Joe Biden’s administration is ‘a new Mugabe cabinet on the block’ – global geopolitics is in a perilous predicament. – Nadya Swart

Back in Johannesburg in the early 2000s, there were few more contemptible politicians in the world than Robert Mugabe and his cabinet, in particular Jonathan Moyo, his former Information Minister, who in December 2002 crossed the border in his Mitsubishi Pajero, went to a Formula 1 hotel in Kempton Park, beat the shit out of his wife, then filled up a Venter trailer with polony and cheddar and gapped it back to Beitbridge. But there was also Patrick Chinamasa and Joseph Made and peripheral figures like Perrance “Black Jesus” Shiri and that mad Hitler Chenjerai Hunsvi who died in 2001, presumably of the clap.

The loathing was intense in Fourways and Edenvale, but it softened as it neared the city (as these things often do) to the point where, when South Africans lamented the absolute state of that country, they were chided for racism not by Zimbabweans, but by white residents of Parkview – the type of person who would own multiple pairs of Crocs in their lifetime.

Mugabe was the real racist. He reviled black people, especially poor ones, and the frustration was exacerbated by the pedestrian ANC entertaining such beastliness: suddenly treating people like sub humans was acceptable as long as it was done by a liberation movement.

Today there’s a new Mugabe cabinet on the block – the Biden administration. You wouldn’t know this if you wasted your precious time reading his local slam poets  – John Matisonn and J Brooks Spector (its always sad to see people in the evening of their years volunteer fluffing services) – but Biden is now everything he accused the former President of. This scenario is understandably awkward for Parkview and other South Africans enraged by details of corruption located on his wayward son’s laptop (a book published this week written by a Politico reporter confirms the pre-2020 election allegations) – but I wouldn’t put it past these people to try squeeze accusations of racism or “Russia” out of the effluent.

Biden, like Mugabe at the height of his notoriety, is a wreck. He is disingenuous, hostile and arrogant. His executives are equally as inadequate, from Lloyd Austin, formerly of Raytheon (bombs, general misery), to Alejandro Mayorkas, to Anthony Blinken and Pete Buttigieg. His controllers, including Jen Psaki, Ned Price and Jake Sullivan are the Cleverest Stupid People in the World: all degrees and zero initiative, who have no faculty for independent thought, no logical epistemology and no coherent consistency. Watching these people scramble is disturbing: during the Afghan withdrawal, it was as if they scraped away at their own heads to reveal smoking hard drives: “Komputa se…dit se nee…nee…ohhh fok asseblief korporaal ek kan nie meer nie.”

We cared about Zimbabwe because we cared about the lives trapped within it; we care about America because we care about the place it holds in western civilisation. Biden’s executives and his controllers are not wired like that: together they have betrayed and insulted US allies, killed a bunch of kids and an aid worker (according to Mark Milley, the guy with all the diversity and inclusion ribbons on his uniform, this was a “righteous strike”), attempted to take credit for vaccines they once dismissed, handed Russia an advantage it could only have dreamed of (whilst accusing the former administration of being “owned” by the Kremlin)  and ganged up with prestige media to scorn or scupper any investigation into the origins of the coof – to say nothing of inflation and rising crime. All in less than a year.

Amazingly, the full Mugabe doesn’t appear to be enough for Biden: they’re now going part Jacob Zuma too in their attempts to use institutions of state against their political enemies. Wherever Robert Gabriel is, I imagine he’s bloody furious.