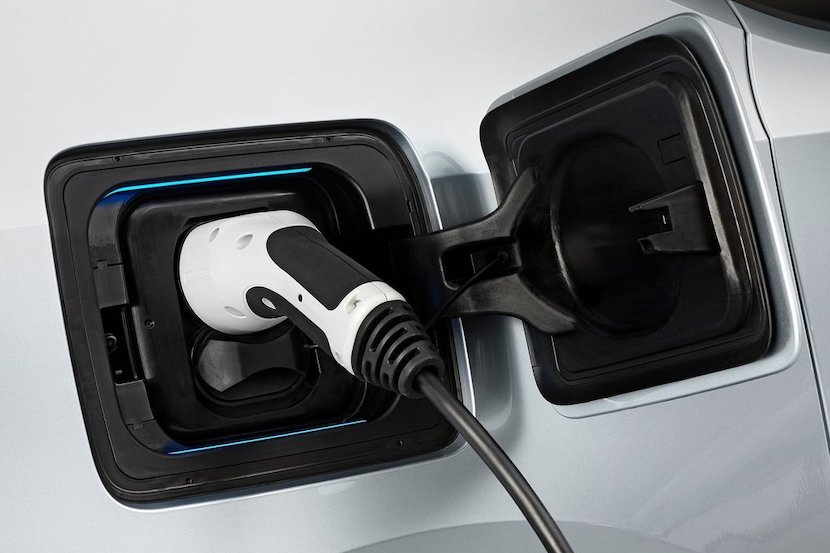 As environmental concerns and climate change are front of the world’s mind, electric vehicles are being billed as the way forward. The silent, battery-powered alternatives emit zero C02 and, unlike their petrol and diesel-powered counterparts, don’t release toxic gases into the air we breathe. In countries with clean and renewable energy, this makes sense. But South Africa (the 12th biggest polluter of greenhouse gases according to Bloomberg) produces its energy mostly from coal-powered stations. Unless you, as an electric vehicle driver, are able to source your energy from a renewable source like solar panels, a MyBroadband investigation has shown that a zero-emissions electric vehicle isn’t any cleaner than running a diesel-powered car in South Africa. Journalist Myles Illidge compares the emissions of a diesel-powered BMW 118d to the emissions associated with charging an electric BMW i3. The results may surprise you. Read the original article, Electric cars are worse for the environment than diesel in South Africa, here. – Jarryd Neves

Electric vehicles are said to be environmentally friendly alternatives to petrol and diesel-powered cars, but this is not the case in South Africa.

As a result, when considering the carbon emissions per kilometre travelled, charging electric cars from South Africa’s power grid does not offer an eco-friendly alternative to diesel-powered internal combustion engines.

Unless you are in the fortunate position of being able to charge your electric car from a renewable source such as solar panels, it is not a cleaner “zero-carbon emissions” alternative to diesel.

We compared the CO2 emissions of a BMW 118d to the equivalent CO2 emissions associated with charging a BMW i3 from South Africa’s power grid.

While several nations are shifting towards cleaner energy, South Africa has increased its carbon emissions factor to 1kgCO2e/kWh, up from 0.97kgCO2e/kWh in 2018.

For the comparison, we assumed the cars travel 1000km each month to calculate their CO2 emissions over time.

The BMW i3 holds 42.24kWh and is advertised to travel an average of 260km during everyday use when fully charged.

For our comparison, it would have to be charged to full capacity almost four times a month.

The chart below shows the emissions of these vehicles over ten years, assuming 1,000km of driving per month on average.

It’s worth noting that South Africa is considering making significant changes to its energy mix within the next five years, which could change the shape of this graph. 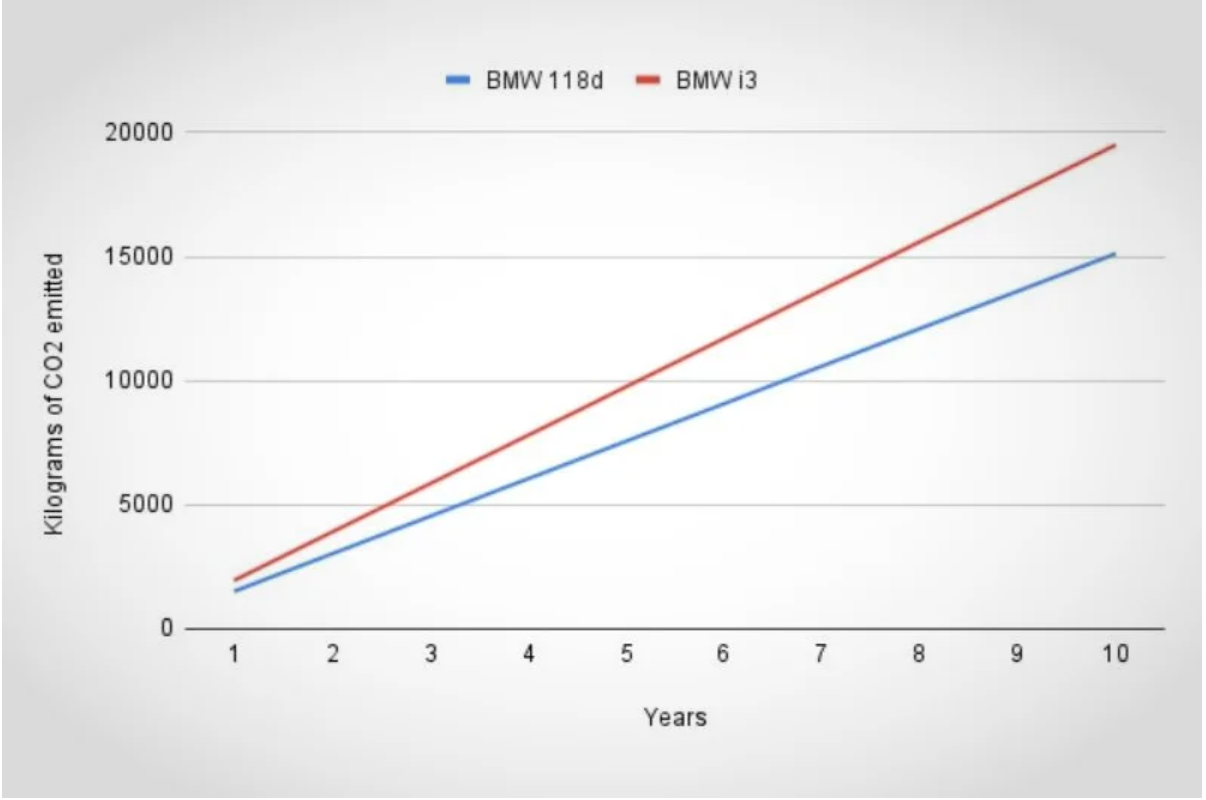 Several nations have announced plans to ban diesel vehicles in the near future, but it is clear that South Africa is not yet ready to make the same commitment.

While some companies offer EV charging ports connected to solar panels, this cleaner alternative for charging electric cars is not widely available.

Electric vehicles are also not selling well in South Africa, with sales stats showing that only 246 of the 917,000 cars sold in the country in 2019 and 2020 were electric.

However, this is expected to change as more manufacturers bring their cars into the country and the charging infrastructure expands.

Another issue affecting EV sales in South Africa is the import tariffs placed on them to protect South Africa’s local manufacturing industry, which car makers are petitioning to have scrapped.

MyBroadband previously spoke to Nissan regarding the electric vehicle market in South Africa.

Nissan indicated that the cost of electric vehicles would need to be reduced before they can become popular in South Africa.

“Once the government has decided to reduce the 23% import tariff on electric vehicles, South Africa will experience a boost in the domestic sales of EVs,” a Nissan spokesperson told MyBroadband.