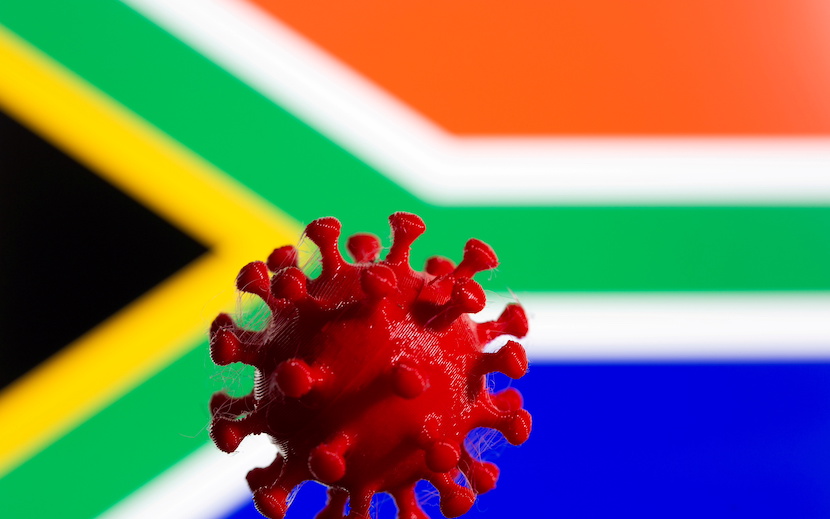 During his career in journalism Brian Pottinger scaled all SA peaks, ending up as the editor-in-chief the Sunday Times when it dominated the sector, and then taking over the publisher’s role. Since retiring, Pottinger has written a raft of books, including last year’s highly prescient offering on the Covid-19 pandemic. His superb research, rational approach and accurate reading of Covid-19 has given Pottinger a regular voice on global broadcasting channels, including this week’s gone-viral chat with Unherd’s Freddie Sayers. In this podcast, Pottinger moves on from that discussion to explain how the pandemic has followed a predictable path and why Covid-19 is now nearing its natural expiry. Sensible, rational and easy-to-understand – if you only have time to consume a single interview on the pandemic, this is the one. A high quality, must-listen. – Alec Hogg

The outbreak, SARS-CoV-2, which was the coronavirus outbreak, was a severe [one]. I don’t think one should dispute that fact. It matches some of the great, decade old coronavirus outbreaks we’ve had. For example, the Asian flu of ‘57 and the Hong Kong flu of’ 68. So, it is a serious outbreak. But it has followed exactly the same pattern, and people should have known it would do that.

It would go through a process of mutation. It would change both its target, but it would [also] change its nature. It would have peaks, it would have troughs and then it would eventually slowly expire. That’s normally a two year process. That’s what happened to Swine flu. It’s happened pretty much throughout. The one we all remember the most – the Spanish flu – took a bit longer, but that was because it took place in a very unique set of circumstances; end the First World War, 23 million dead, millions wounded and starving people on the move. There’s nothing that has happened with SARS-CoV-2 that surprises me in the slightest.

On how Covid-19 mutations

I can only say SARS-CoV-2 and its manifestation in what we call Covid-19 followed a very predictable course. In fact, early in this outbreak, there was work done by some Israeli scientists who predicted to the day, virtually, how this thing was going to play out. As again, I say that there are no great surprises here. I think we are very much into the expiry phase. What we’re seeing now with these variants that are coming out, these are all variants which have elements of SARS-CoV-2.

But the fact that we’re using RT-PCR testing kits, which are designed to track down elements of Covid-19 to the umpteenth generation, is why we keep turning up elements of Covid-19. Had we been using other tests, I think we might have had different statistical outcomes. Different statistical outcomes would then, of course, [have] dictated different policy outcomes, possibly. But we didn’t have the benefits of that. I think we were in the closing stages of this now.

In South Africa, the pressure in statistical terms is less, because 60% of the population have just blatantly refused to get vaccinated. There was no real pressure, from a public point of view, on President Ramaphosa if we’re talking in numbers. But there was, of course, hugely vocal, very voluble interest groups and acolyte groups who were pushing for all sorts of lockdowns and, worst of all, vaccine mandates, vaccine passports and so on. Why when you are having a dying virus, would you want to reimpose a pass system in South Africa? That’s exactly how it would have been seen.

A piece of paper lets you go here, but not there. The resonance of that among the majority of our fellow South Africans; it’s very strong. I’m delighted the latest decision was to remain at lockdown level one. I don’t know what’s happening to this task group that’s looking at vaccine passports and so on. I trust that they will also be very mindful of the political and social implications.

It is extremely hard to say because we’re being directed by a political narrative which is being fed by a vested scientific viewpoint. We know that. Viruses, when I say they last for two years, they have an impact for two years and then they kind of just disappear. They are reassortment viruses. SARS-CoV-2 is going to pop up as an element of viruses for years.

The question is, to what extent do we become so scared and serious about it that we lock the world up? That is entirely a political decision. That will be judged by the extent to which people who think the same way as perhaps I do – and the millions of others who do – who now respond to the political leadership, which has put them through this, which now demands a greater rationality from them – or at least an explanation of why they did it.

One of the points we should remember is that the Swine flu, which came in 2009/2010, came also with the same kind of hype and the same people who are driving that hype in the CDC and World Health Organization [are] the same guys driving it now. The suggestion was we were all going to die. Why? Swine flu was a reassortment virus, four different variants – one of which was SARS-CoV-1. SARS-CoV-1 was a terrifying killer. It kills so quickly, people die before they can actually propagate it.

Of course, there was a panic. But very quickly, it was discovered that there was no pathogenic intensity in Swine flu that would justify massive panic, although attempts were made to try and engender it. SARS-CoV-2, which creates Covid-19, will be around for a long time. But its impact will be less and less and, eventually, no more. I believe we have reached that point with Omicron. No more than an ordinary coronavirus outbreak, no more than a flu.

These things which are now posited as vaccines, which of course they’re not – a vaccine prevents and stops an illness. You get a vaccine for smallpox and for polio. You cannot get a vaccine for a coronavirus. They mutate too quickly. If you could, we would have killed the common cold and flu a long time ago. All you’ve got here is an antidote and those antidotes, we can keep taking them, but they are going to transmogrify themselves, essentially, into the annual anti-flu jab.

Much more expensive. A Different name and we’re going to see how long they’re going to be compulsory. Do I have to get an anti-flu jab to get on a plane, to go and see my children in Australia in 10 years time? Is our fear of politics of such a nature in the world that we will be demanding that of people? We don’t know, because we have departed so far from rationality in this medieval moment. It’s hard to know where the rational political leadership is going to come back and say, “Sorry. We accept you must do stuff about severe outbreaks. We will do stuff, though. We will care for the vulnerable – but we won’t destroy our societies.” [Where is that leadership going to come from? I can’t answer that.