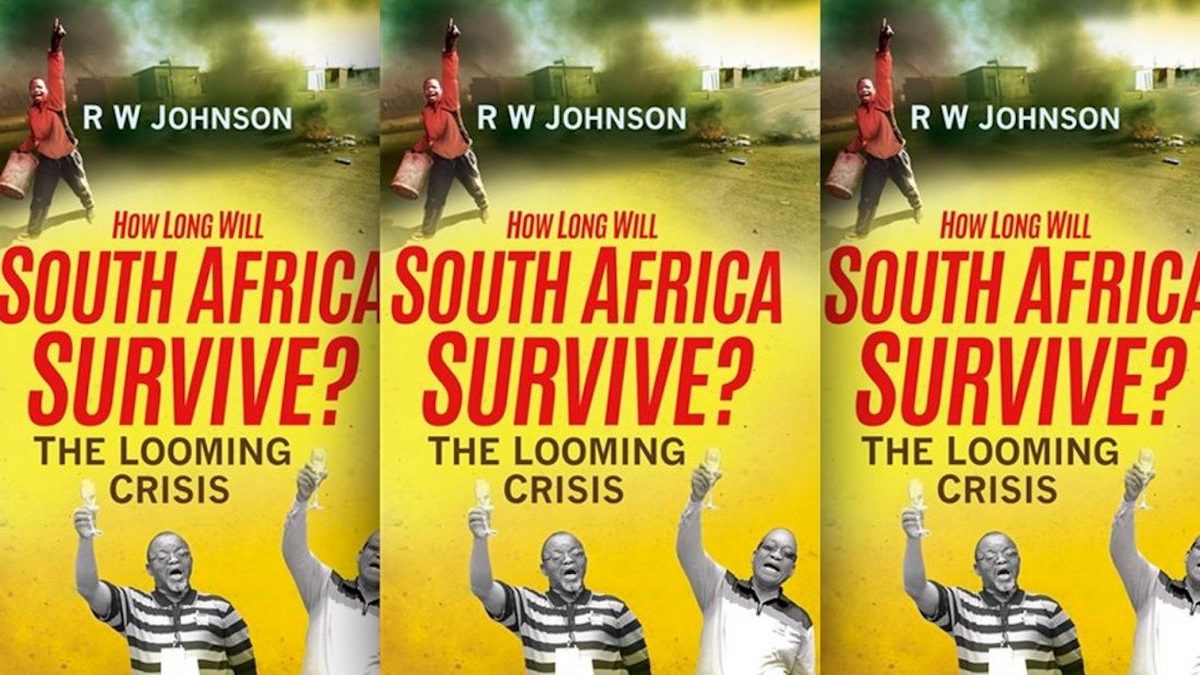 In this impassioned speech at the fourth BizNews conference, RW Johnson explores the turbulent history of post-1994 South Africa and some of the decisions taken by the ANC government at the time which led to the tragic predicament the country now finds itself in.

While some community members showed appreciation for RW “stating facts,” many voiced their frustration with rehashing the problems South Africa currently faces rather than offering achievable solutions that individuals could implement to take back our power in the country.

Jose de Sousa said; “A lot of talk means absolutely nothing, action is needed in mass.”

iGame said; “We should invade the Union Buildings just like the Sri Lankans did force the entire cabinet to step down, but we all know South Africans are very active on social media than in real life”

Goodbar Benie said; “The tragedies are not the making of South African’s but, the tragedies lie at the feet of ANC….the ANC is the tragedy….period….with no end in sight…”

Steve Monty said; “There is hope: we are part of a cooperative of like-minded businesses collaborating to enable the scalability of change at speed. There is no time to wait. This is the revolution of the 4th Industrial revolution – giving power to the people. And it has already started – launches of solutions have already commenced and others will follow soon!”

When reflecting on the current state of South Africa, it seems the consensus of the BizNews tribe is that “hope is in short supply.” Many community members voiced their love for our rainbow nation and the hopelessness in its reality.

KAmbrose said; “The tax base is shrinking. The money for these ANC projects will come from new taxes and sitting ducks like pension schemes”

Br Hlayiseka said; “I will still say, the best way to remove ANC from government is for Business to form a coalition, register to be voted and then the leaders who are not interested in running the country will choose the right candidates to run the country.”

Hilton Mendelsohn said; “Wow South Africa is just turning into a bigger version of Zimbabwe. Exactly the same thing but with much bigger problems to solve.”

David Blyth said; “The observation that senior politicians’ eyes glaze over when asking how they would resolve the regression, is something I saw in government when working there.

Despite expert advice, the cadres are incapable of grasping the complexity of the problems.”

Mark McCulloch said; “Banning training of nurses in private sector ? WHAT WHAT WHAT !! Can’t believe that. I didn’t know.”

Cain Avey said; “The only way to go is a hostile take over, waiting for change at this point is pointless all the signs of a failed state are there. The burning question is what party is capable of steering this country towards the right direction? ANC – EFF coalition is not an option.”

Qhawe Info said; “The more I listen to Mr Johnson, the more I sense both helplessness and hopelessness. Truth be very told, this feeling is shared by all South Africans ( Black and White ). There lies our strength as a Nation. There, in that discomfort, in that pain  we all unite. Never in the life of this Country had we ever as a People and as Rainbow Nation, genuinely shared deeply, neither pain nor joy ( we have been either divided or shallowly connected). Reality is now confronting us. We have no time left for more mistakes, nor watching politicians and their political parties fighting as they forge nonexistent shared fundamental values  (lack of Politics that favour the Country, but stomachs ).

Therefore safely, one can say, none of the current  Political parties, combined or not has a solution that talks to all South Africans or at least Majority. Failed coalitions attest to just that.”

TALK2TALK said; “CR must be removed with immediate effect and the ANC needs to be permanently dismantled. We need an update on phala phala case asap.”

What are your thoughts on RW Johnson’s take on post-1994 South Africa and some of the decisions taken by the ANC government? Share your views below.