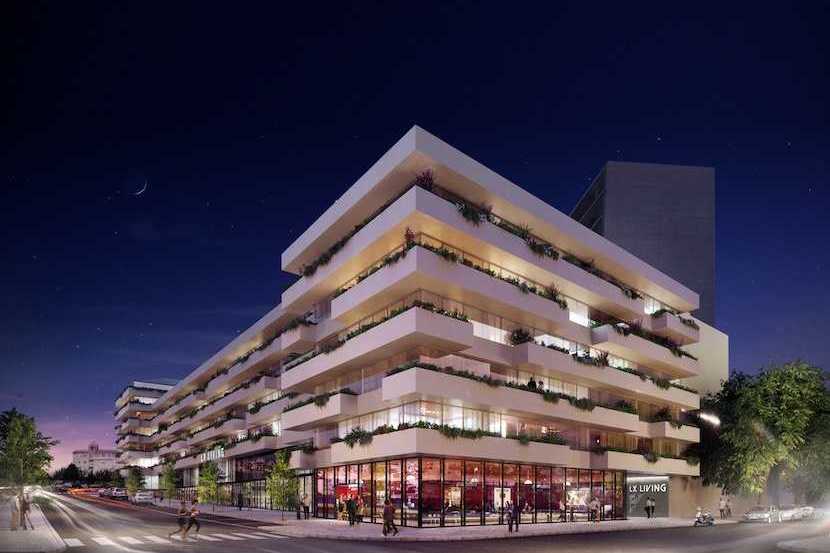 In this episode of Inside Investing, we look at Naspers in the light of hostile moves by the US towards Tencent – the Chinese tech stock that has powered the JSE stock market darling for more than a decade. We look at a property investment in Portugal that creates access to European citizenship. Also coming up: what prescribed assets in pension funds are – and why they are causing such a fuss; and why IPOs have picked up in the US. First, an update on the BizNews share portfolio, which has performed very well since inception with BizNews founder Alec Hogg’s choices of stocks positioned to benefit from the digital economy. – Jackie Cameron

*This episode of Inside Investing is proudly brought to you by LX Living.

One of the exciting partnerships that BizNews has is with LX Living, a fascinating project that’s being developed in Lisbon. The proprietor of the project joins us now, Malcolm Lobban. Malcolm, there’s been quite a lot of developments recently and it was a good idea to catch up with you on exactly where you are standing. We were talking earlier and you explained that the building plans have now been passed for the project. Just explain why that’s so relevant?

That’s a good question. The Mediterranean climate, if you like, means that things happen a bit slower in southern Europe than they do back home in South Africa. We’ve been waiting for what was a formality – which was the final approval of our building plans – notwithstanding the fact that we didn’t have the formal approval.

We had the authority to start construction and produce the shell and we’re well on track with that process. But the building plans were finally approved just a couple of weeks back. The significance of that for our European investors is that it gives them the final comfort, that we’re fully compliant with future requirements for our project.

We are now able to proceed with speed towards what’s called the horizontal approval. We expect that in the next two or three months. That in itself is the final trigger, which allows our golden visa investors to go forward with their applications to the authorities in Portugal.

Over the months that we’ve been talking about the project, there’s been a lot of interest from the BizNews community and particularly in the whole Golden Visa idea. To put it another way, if they invest in the project, they’ll be able to get the right to live in Europe. Has this been of appeal to people in other parts of the world? Because I know you don’t just market to South Africans.

The interest in Portugal and the golden visa programme comes from most parts of the world where there might be a current challenge. Hong Kong, for example with its recent difficulties – a huge interest from that part of the world – historic and more recently.

The Brazilians, too. I think wherever there is a trouble spot, people are looking for the so-called Plan B. Not wanting to immigrate, but just wanting to take out an insurance policy. So that should they need to move, that opportunity opens up.

Brexit is creating an interesting opening for us in Portugal, because the Brits are now considering – post Brexit – European residency. There’s so many attractive features in Portugal, not least of all the climate. The fact that there’s no crime and a bunch of tax breaks for foreigners finally deciding to financially immigrate into Portugal and spend more than 183 days a year in the country. There’s a basket of attractive options available for foreigners looking for a plan B option.

As far as the South Africans are concerned, are you seeing that there’s increased interest in the project?

With all the challenges and headwinds that we face in our country – I think you or somebody was saying a while ago – the two big topics on many South Africans’ minds are corruption and foreign investment. Certainly, we’ve seen a renewed interest from South Africans.

The Covid situation and the uncertainty that prevails across the globe has sort of heightened that interest in Portugal, because of the way the Portuguese people have dealt with Covid.

Extremely well. There is a second wave that’s coming through but, the Portuguese are a very cohesive society. Very law abiding. I’m told by one of my colleagues in Lisbon that they were in lockdown before they were even told to go into lockdown. Forbes magazine just recently rated Portugal as the most appropriate post-Covid to retire in the world.

We’ve seen similar commentary recently from Savills – the global realty business – saying Portugal (Lisbon specifically) is one of half a dozen countries in the world which they see as surviving and being the most appropriate destination for residential investment, post-Covid.

So the appeal for South Africans who’ve invested in LX living or indeed looked at it – and we’ve had enough webinars and conversations about the project over the past few months – is that they’re going into a society that seems to have handled Covid a lot better than most parts of the world.

But what about the returns on the investment? Because I think from the outset you’ve been saying this isn’t just a way to get a golden visa, there actually have to be sizable investment returns as well. How are they stacking up?

Well, that’s been a very important criteria for us First and foremost, we are offering a good investment. Sound investment fundamentals that underpin the spend. We’ve had a great response on that premise.

Particularly my partner, Johnny Rabie, who’s got a track record and a database in this country which is as good as it gets. We’ve sold close to a billion rands of units to South Africans over the last 18 months. The returns geared leveraged.

Bearing in mind that one is borrowing money at all time lows at the moment – around the 1%, where a bit above fixed rate funding, long-term funding, high loan to value, up to 75% loan to value opportunities – means that investment returns are looking very attractive. Yields around 10% on a leverage basis – not to mention capital growth.

Read also: How new Eskom CEO is fixing troubled utility: ‘It’s a big elephant. One bite at a time.’

Capital growth. If you look at the last 10 years in Lisbon – and I was just pulling out some stats again from Savills just last week – the 10-year picture is a 98% growth. In other words, an average of 9.8% over the last 10 years in residential property prices in Lisbon. That is second only to Berlin, which is up at 127% for the same period. Significantly, Portugal seems to be surviving the Covid scenario.

The likes of Knight Frank are saying it’s going to be one of four cities in the world – the other three being Monaco, Vienna and Shanghai – which are going to see positive growth in their residential property prices in 2020, notwithstanding Covid.

So we remain very comfortable that our investors will do well and are doing well. Of course, this is the currency hedge. A lot of our investors got in at R16 to the Euro. Sadly, 18 months later, the Rand is tottering around R20 to the Euro mark. So they’ve already made a 25% return just on the currency issue in the last 18 months.

With the opening of South Africa’s borders on October 1st, is that going to impact the project in any way? In other words, if those people who might be a little nervous, can they get on a plane now and go to Lisbon and see the project itself, given that the building plans are now passed?

It’s difficult to work it out, certainly with this new wave of Covid across Europe – and Portugal is no different. The airports in Portugal are not opening up. I know we were very excited about TAP – the local Portuguese airline – opening up flights direct from Cape Town to Lisbon in November this year.

I heard just the other day that that’s been put on hold, given the Covid situation. So I’m not sure how soon our investors are going to get across or people wanting to come and kick the tires. But we hope it’s not far away. What we are able to offer our clients – and it’s been very helpful over the last period – is a direct access to the site to talk to our people.

Show them around with our colleagues on the ground in Lisbon. We’ve been able to carry on with construction with no interruption since the main contractor was appointed back in May. So we’re well on track for delivery and completion of construction in the first quarter of 2022.