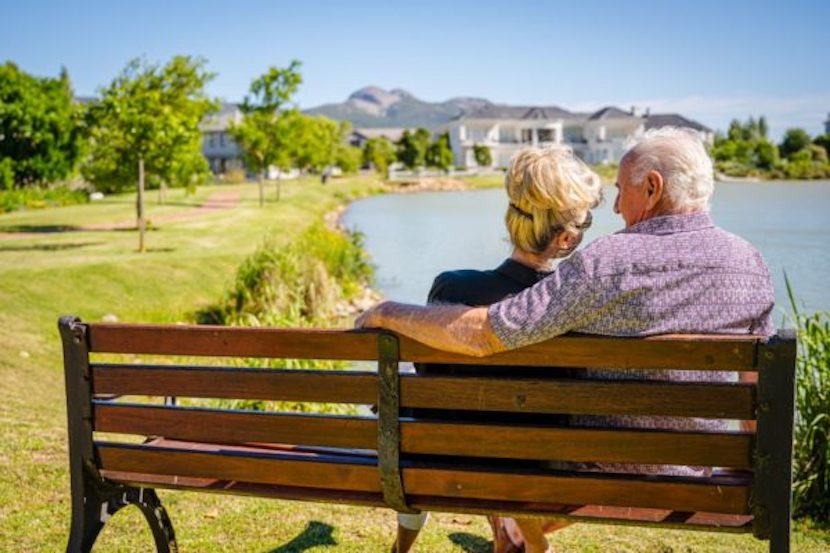 Andrew Amoils, an analyst at New World Wealth, specialises in keeping a close eye on how the world’s wealthiest people spend their money. He joined the BizNews Power Hour to discuss the report he’s just compiled on the top 10 lifestyle estates in the world for 2021. No less than three South African properties have made the list, including Val de Vie, Steyn City, and Fancourt. You can find the full list here. – Claire Badenhorst

Andrew Amoils on why there are so many South African estates on the list:

Well, South Africa is a pioneer in estate living so just because of various aspects of the South African residential system over the years, residential estates and lifestyle estates have been big in South Africa for quite a long time, whereas in a lot of other countries, they’ve only recently become big. For instance, in places like Mauritius and Dubai and New Zealand, they’ve started to take off in the last 10 years or so only.

On why Yellowstone Club in the US is the top lifestyle estate:

It’s quite well known, especially to people who read some of the luxury magazines in America. It’s a second home hotspot to a lot of the wealthiest people in America. The houses there start from about $10m a house, and they’ve recently introduced condominiums that are from about $5m, so it’s only really for the super rich. It’s about 15,000 hectares. It’s got two large rivers that flow through it and it offers fly fishing, skiing – it’s got its own private ski slopes. So it is quite unique in terms of the residential and lifestyle estate space globally. And possibly, it could set a model that maybe other lifestyle estates in America could follow.

I don’t want to mention names but there are a lot of quite well-known wealthy billionaires in America that have – I’m not sure if they live there, but they certainly have second homes. It is based in Montana so it gets quite cold during the winter. So I’d imagine most of the people only spend three or four months there, maximum.

On how Val de Vie, Steyn City, and Fancourt made the list (compared to other SA estates):

So there is a tough choice. There’s obviously a lot of really good estates in South Africa like those three you mentioned, and Pezula, Steenberg, Arabella, Simbithi and Waterfall Equestrian, and many others that we mention in our release. We mention about 14 top estates in South Africa in the release, actually. And in terms of those ones, I would say it’s mainly the facilities they offer and the size of the estates. So they’re obviously three quite large estates – Val de Vie obviously encompasses Pearl Valley as well and it’s one of the biggest estates and certainly very, very top end. The same goes for Steyn City and Fancourt, whereas maybe some of the others aren’t quite as big and they don’t have as big an offering in terms of activities and facilities.

Well, we have mentioned Leopard Creek. We did a study last week actually on the top wildlife estates in South Africa – wildlife or eco states – and we mentioned Leopard Creek as one of the top five wildlife estates in South Africa, along with Royalston and Mjejane and Gondwana Private Residences and Likweti. So that’s kind of a separate space. The wildlife estate space is a bit different from eco estates. So we didn’t want to kind of mix them up too much because I think it can become quite confusing to readers and to potential buyers. I mean, in terms of Leopard Creek, it’s obviously an estate, as you mentioned, but sometimes it isn’t immediately apparent that it is an estate if you look on the web, but obviously, having been there, I know it is an estate and certainly very top end.

On why emigration hasn’t affected this space significantly:

What’s interesting [is] in a lot of these top estates, a lot of them have foreign buyers and a lot of the foreign buyers that buy into these estates are ex-South Africans, so it is quite a popular thing for even South Africans that do leave the country to actually keep a home in these estates for security reasons and various other reasons. Obviously, they have to be quite wealthy because there’s obviously levies and things like that. Although a lot of these bigger estates, the levies aren’t as high as you think because they have economies of scale because they have so many houses and a lot of them have apartments now. So the levies are sometimes lower on these really big, luxury estates than they are on some of the smaller sort of townhouse developments. There obviously has been an outflow of wealthy people, but as I’m sure you know, a lot of South Africans that leave tend to keep at least one home in the country, often in places like, you know, in a place like Fancourt or in Plettenberg Bay. There’s obviously a lot of estates there as well.

On whether there’s a rental sector in this space:

I think there’s definitely a rental sector, especially on the apartment side. A lot of estates are actually starting to put apartments in. Steyn City has got some very top-end apartments that they’ve put in recently. Val de Vie put in some top-end apartments. So I think a lot of the estates are moving towards apartments. I think some of the existing estates that have been going a long time, they’ve tried to move towards apartments but [with] some of them, there is some friction with the residents because they don’t want them to suddenly change the model because they bought into something 20 years ago. But I think that the general feeling is that a lot of the estates, even the ones that are well-established, are going to have to start putting apartments [in]  because that’s what people want. I think it’s cheaper to maintain. It’s less work to clean an apartment. It’s better to have it as a second home. It’s obviously safer. There’s only one door. There’s a lot of reasons why people are moving towards apartments in South Africa and that obviously applies to outside estates and places like Umhlanga – all those top-end apartment blocks – but also within estates. A lot of the new estates that are coming up, like the new Brookfield on Royal in Joburg on the golf course, which has just recently been finished, that’s apartments and it’s an estate, so that seems to be the new model.

On whether these estates are good investments or not:

Well, we’ve obviously been looking at the estates, and we’ve been visiting the ones in South Africa for the past five years, so we got to know them pretty well. I would say pretty much every estate that we’ve ever mentioned in our rankings over the five years has always shown price appreciation. Obviously, there’s been drops in the rand. So the rand has depreciated heavily over the last decade. I would say the two standouts that I’ve seen in the last 10 years in terms of apartment blocks/estates is: the Pearls in Umhlanga has shown massive price growth over the last 10, 15 years; also, there’s a small apartment development in Plettenberg Bay that also showed quite strong growth, which was strange because the rest of Plett didn’t show that growth and there’s a lack of apartments in Plett because they haven’t allowed them to build apartments because they don’t want skyscrapers on the front. So that’s an interesting one as well, although it’s much smaller than the Pearls.

We look at a lot of things in US dollar terms when we do our Africa Wealth Report. So we put out our Africa Wealth Report with AfrAsia Bank about a month ago and we looked at the residential market in South Africa over the last 10 years. There’s been about a 30% drop in dollar prices – US dollar prices – because the rand has depreciated from about R7 to about R14 over the 10-year period from 2010 to 2020. So the rand growth has been about 40, 50%, but because of the dollar depreciation, there’s been a 30% drop.

On why there’s only one estate in Mauritius on the list:

We mention Anahita in Mauritius – that’s one of the top 10 on our list. So that’s one of the more established states in Mauritius. There are a lot of newer ones that have come up in the last few years. I think particularly appealing to wealthy foreigners that are buying in to get residency because you’ve obviously got to spend about $500,000 plus. They might have lowered that slightly, I think, recently in order to get residency. There’s no point in buying a cheap place. What happened is they built a lot of these fancy… a lot of them were apartment developments as well, some of them had golf courses, and basically foreigners bought in so they could get residency, and they often weren’t that big. So they were maybe 120sqm and you were paying about $6,000 a square. So you were paying similar to Clifton prices, Bantry Bay prices and that’s still the case.

But I think the reason we chose Anahita is, as I mentioned, it’s very well established. It’s been going for about 15 years. Some of the newer ones are less established and they’re not fully complete. So our top 10 was the Yellowstone Club in USA, Val de Vie in South Africa, Bighorn Golf Estate in the US, Steyn City in South Africa, Kukio in Hawaii, Fancourt in South Africa, Anahita in Mauritius that we discussed, Jumeirah Golf Estate in Dubai and then Jacks point in New Zealand, and then Toscana Castelfalfi in Italy. So those were the top 10 that we chose and Anahita was obviously one of those.