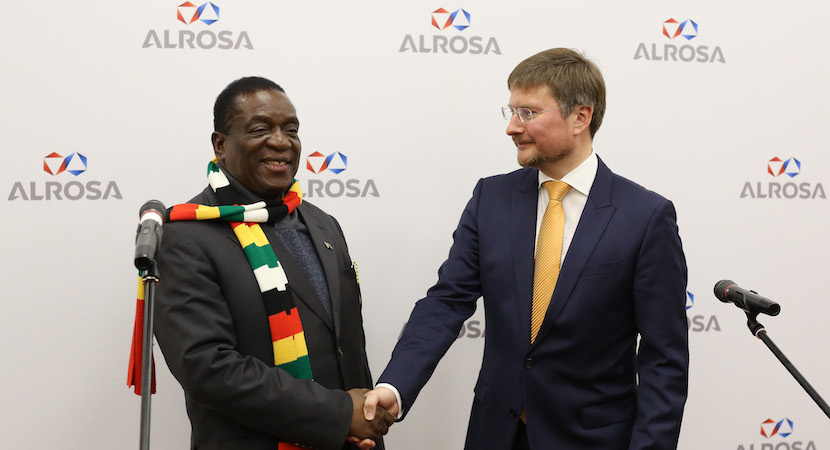 The Davos no-shows are continuing to rise. Last night Zimbabwean President Emmerson Mnangagwa joined an already long list of withdrawals. The Zimbabwe president was widely criticised in the past week over his visit to Moscow, complete with three-dozen in his entourage. While Mnangagwa was away Zimbabwe experienced protests against currency prices, which is severe even by standards of SA’s neighbour. It evoked a brutal crackdown by security forces. Mnangagwa is on his way back, presumably to try and calm things down.

US President Donald Trump withdrew 11-days ago, over the continuing partial Government shutdown in the US, which affects 800,000 Federal Government employees. And on Thursday the rest of his team also pulled out, so from being a powerful, indeed the most powerful US delegation ever in Davos, they now have pretty much nobody.

Other late withdrawals, due to domestic issues, are British Prime Minister Theresa May, which was no surprise given what’s going on with her Brexit plan. And French President Emmanuel Macron, who’s got his hands full with the Yellow Jackets. Chinese President Xi Jinping, and his Indian counterpart, Narendra Modi, both decided to send deputies this year. That news came through long ago.

South African President Cyril Ramaphosa arrives in Davos on Tuesday, after launching the ILO’s Future of Work report in Geneva earlier that day. He returns to SA around Thursday, before jetting off again. This time for a State visit to India on Friday, where he will be joining the Indian president in celebrating the Independence Day.

The 2019 Edelman’s Trust Barometer to be officially launched in Davos this week. It shows a continuing rise in the gap between global elites and the rest of humanity. Only 20% of the 33,000 people that Edelman’s polls are across 27 countries, SA included, say that the system is actually working for them. Almost three-quarters of those polls call for change. There has been a slight improvement in the USA after the trust crash that followed Donald Trump’s election and it was helped by the Democratic Party regaining control of the House of Representatives, hence putting a check onto Trump’s worst excesses. But the difference between what Edelman terms informed public, that’s the wealthy and college graduates, and the general public keeps growing.

In the US the gap between them on national institutions or the trust they have in them, has grown to 13-points, 60% of the so-called informed say, they now trust these institutions – 47% say they don’t. In the Brexit hit UK, the trust gap has grown to a record 24-points, between the informed and the general public. While in France the Yellow Jacket protests are reflected in an 18-point gap there.

In SA related news, President Cyril Ramaphosa issued a statement last night congratulating Felix Tshisekedi on his election as the new DRC president. A similar statement was issued by the 16-member SADC, which SA dominates. The DRC’s Constitutional Court found yesterday that an attempt by one of the other candidates, Martin Fayulu, to have the result reassessed was not in line with the DRC’s law. According to figures compiled by the 40,000 observers deployed by the Catholic Church, which accounts for 40% of the DRC’s population and documents that were leaked from the Electoral Commission to The Financial Times of London and assessed by them, Fayulu received 60% of the vote, with Tshisekedi, who is now going to be installed as president, lagging far behind at under 20%. Fayulu has called it an ‘electoral coup.’ His efforts received the biggest blow though, when the African Union cancelled the delegation that it was to send to Kinshasa today. This is a significant reverse by the AU, which last week cast serious doubt on the official result and was urging the DRC’s Constitutional Court to delay the decision.

This has been your BizNews flash briefing. I’ll be back again tomorrow. Until the next time, cheerio.

Davos 2019, this coverage of the global conversation on change is brought to you by BrightRock, the first ever needs matched life insurance that changes as your life changes.