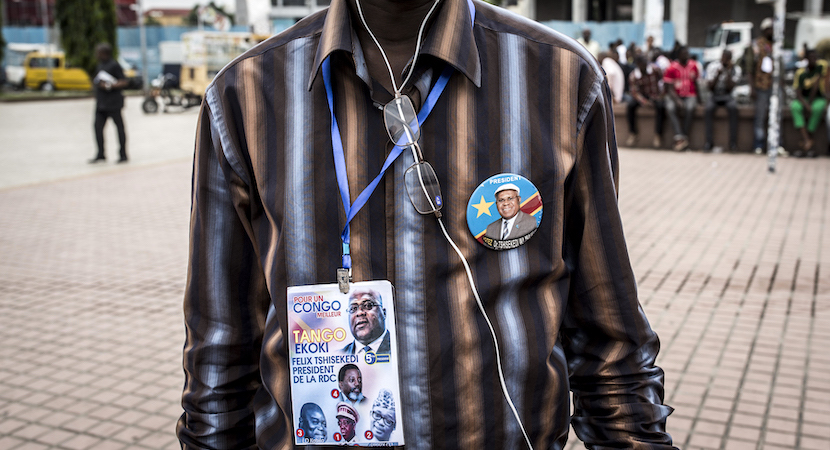 EDINBURGH — The tentacles of corruption run so deep and wide in the Democratic Republic of Congo (DRC) that it appears that even its Constitutional Court has been caught in the Kabila net. International observers, including journalists at the Financial Times, believe that the true winner of the presidential election is Martin Fayulu. But Felix Tshisekedi is being pushed ahead as the country’s next president. Although Tshisekedi is an opposition leader, rumours are swirling that he struck a secret deal with Joseph Kabila – who is believed to have used his position as ruler to feather the nests of his family members. Fayulu has slammed the court for falsifying poll results and has accused it of helping to perpetuate a hated regime. The scandal underscores the importance of maintaining the independence of the courts as a check on the powerful. – Jackie Cameron

(Bloomberg) – Democratic Republic of Congo’s Constitutional Court confirmed opposition leader Felix Tshisekedi as the next president, while rival Martin Fayulu rejected the ruling and declared himself the rightful head of state.

The court judgment in the early hours of Sunday in Kinshasa, the capital, clears the way for the first transfer of power via the ballot box in the cobalt- and copper-rich nation since it gained independence from Belgium almost six decades ago. It also places the country on a collision course with the African Union, which had called for a suspension of the proclamation of Tshisekedi’s victory because of doubts about the veracity of the results.

Fayulu challenged the outcome of the Dec. 30 vote after Congo’s Catholic bishops said the electoral commission’s tally didn’t reflect the findings of its nationwide observer mission. Leaked troves of near matching voting data show three times more people voted for Fayulu than Tshiskedi, according to the New York-based Congo Research Group. Tshisekedi won the poll with 39%, the electoral commission said on Jan. 10, while Fayulu had 35%.

“The Constitutional Court just validated the false provisional results of the presidential election,” Fayulu told reporters after the ruling, calling for peaceful protests across Congo. “From now on I consider myself the sole legitimate president of the Democratic Republic of Congo.”

Tshisekedi, 55, leads Congo’s largest opposition party and is scheduled to be inaugurated on Jan. 22. His ascension to power will bring an end to the 18-year rule of President Joseph Kabila, whose tenure was marred by a controversial 2011 reelection, violent crackdowns on opposition supporters and allegations that he used his position to expand his family’s business interests.

Fayulu had said Tshisekedi and Kabila struck a secret agreement following the vote to deprive him of the presidency – a charge denied by both camps. Kabila’s anointed successor, Emmanuel Ramazani Shadary, came a distant third in the poll, while Fayulu, heading a second opposition alliance, was backed by Moise Katumbi and Jean-Pierre Bemba, two of Kabila’s biggest adversaries. The outgoing president was barred by the constitution from seeking a third term.

Despite Shadary’s poor performance, Kabila’s ruling coalition, the Common Front for Congo, won a large majority in the National Assembly, posing a challenge to the new president.

The African Union on Thursday unexpectedly criticised Congo’s handling of the vote, saying it had “serious doubts” about the accuracy of the official tally and asking the nation to hold off finalising the results. The continental body on Sunday canceled plans to send a high-level delegation to Congo on Monday after the government rejected its call to hold off validating the results, according to an organisation official familiar with the change of plans.

Following the judgement by the High Constitutional Court. I congratulate HE. Felix Tshisekedi on his election as President of the DRC. While congratulating all the Congolese, I beseech you to maintain peace and affirm my commitment to furthering our historic and brotherly ties.

The Southern African Development Community adopted a more welcoming tone, signalling the continent’s reaction to Tshisekedi’s victory was mixed. The 16-member regional bloc congratulated the president-elect and called “upon all Congolese to accept the outcome” in a statement issued on Sunday.

The Constitutional Court rejected Fayulu’s challenge, and another by a second unsuccessful candidate Theodore Ngoy.

The scion of long-time opposition leader Etienne Tshisekedi, who died two years ago, Tshisekedi campaigned on pledges to clamp down on rampant corruption, enhance security and promote development. He also gave strong indications that he wouldn’t pursue investigations of Kabila or members of the current government

“This is a sovereign decision by the Constitutional Court, which grants us a democratic handover in a country which has suffered a long time,” Vidiye Tshimanga, Tshisekedi’s spokesman, said by phone after the announcement. “Thanks to the Congolese people who mobilised and applied the necessary pressure, President Felix Tshisekedi can represent our population.”

His Excellency President Cyril Ramaphosa has on behalf of the Government and the people of South Africa congratulated Mr Felix Tshisekedi Tshilombo as President Elect of the Democratic Republic of Congo (DRC) after the confirmation by the country’s Constitutional Court.

President Ramaphosa has called on all parties and all stakeholders in the DRC to respect the decision of the Constitutional Court and commit to continue with a journey of consolidating peace, uniting the people of Congo and creating a better life for all.

President Ramaphosa also congratulated the people of DRC for conducting peaceful elections and commended them for exercising great restraint and staying calm when waiting for the Constitutional Court to make a determination. And now that the highest Court in the land has ruled, all the people of Congo and all stakeholders are urged to accept the outcome of the Court and move on to consolidate democracy and preserve peace, stability and security of the country.

President Ramaphosa reiterated the need to respect the sovereignty and territorial integrity of the DRC in keeping with UN Charter, the AU Constitutive Act and the SADC Treaty.

Further, President Ramaphosa emphasised the need for the full implementation of the Peace, Security and Cooperation Framework in the DRC and the Great Lakes Region.

President Ramaphosa concluded by assuring the President Elect and the people of the DRC of South Africa’s continued commitment to support them in the journey to peace, stability, security and development.