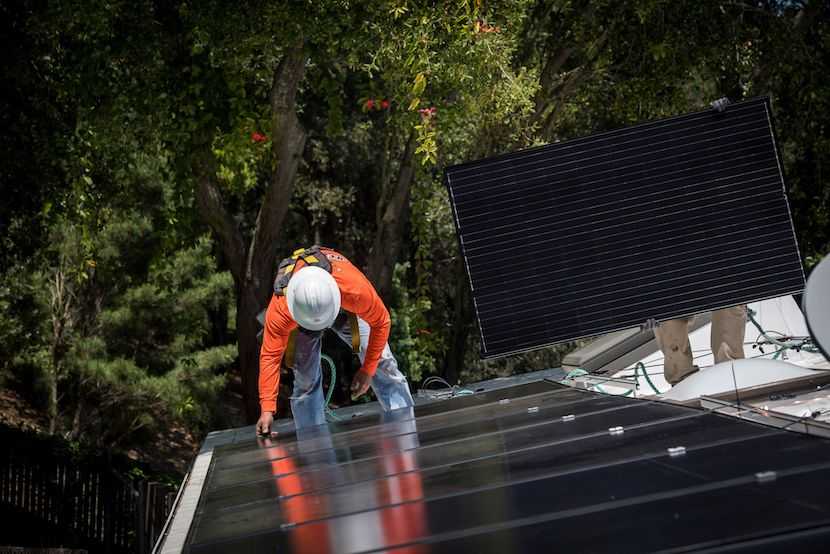 South Africa is often touted as the third best location in the world for solar power. Some dispute that it is accurate because irradiation ranges over a country, but when it comes to choosing a good location to roll out solar power, we are one of the best locations in the world. More and more South Africans are turning to solar power to ensure that their refrigerators, computers and other energy needs are not subject to the whims of Eskom that proved to be exceptionally unreliable over the Christmas period, with blackouts likely to continue into 2020. Increased use of solar and wind energy would reduce the country’s reliance on coal, but while private homes can generate their own solar power; the government has hampered the generation of power by private businesses. Former Energy Minister Jeff Radebe initiated the process of raising the threshold of how much energy businesses can generate without a licence, but Gwede Mantashe who now holds the portfolio has failed to follow through as he is said to be protecting the interests of the trade unions who fear job losses when there is a greater shift to private energy generation. In this article for the World Economic Forum Michael J Coren looks at how the US state of California, which had blackouts and an electricity crisis in the early 2000s due to market manipulations and capped prices, enacted legislation making it compulsory for new homes to come with solar panels. – Linda van Tilburg

How California is making solar power the standard

On the stroke of midnight this New Year’s Eve, the American dream got a makeover. In California, the nation’s most populous state, every newly-built home must now come with enough solar panels to satisfy its electricity needs.

It’s a quiet revolution tucked into the building codes approved unanimously by the California Energy Commission (CEC) in 2018. Solar panels are installed on just 20% of new homes in the state. That figure will rise to 100% for every home under four stories tall (with a few exceptions; pdf). The CEC expects this to add 74,000 new solar installations in 2020. By comparison, there were 127,000 residential photovoltaic systems installed in 2017, many on existing homes. Community solar programs approved under the new mandate will add even more.

Generating your own electricity is still a luxury for most homeowners, despite residential solar costs falling 23% over the last five years. Overnight, though, California’s new building codes have turned them into a fixture as standard as a front door. “There are 100,000 customers annually that will see the acquisition of solar as a normal part of their home transaction,” said Abigail Ross Hopper, head of the Solar Energy Industries Association, to Greentech Media. “I can’t overstate how strongly I feel about normalizing the solar experience so it feels less risky to the consumer.”

Homebuilders are already moving in that direction. PulteGroup, one of the nation’s largest constructors of homes, built its first zero-net-energy home four years to prepare for the 2020 regulations. Its CEO Ryan Marshall told investors in 2018 that the $10.4 billion company was moving toward solar as standard. “Our communities in Southern California have had solar as a standard feature for the last year-plus,” he told investors in an earnings call according to investment research firm Sentieo. “As we move into Northern California, we’re about half-and-half. Not all [multifamily, 3- and 4-story buildings] have solar today, but they will over time.”

The cost of the solar systems—about $8,400 per unit on average (pdf)—will be offset by long-term savings, predicts the CEC. Builders are rolling the installation costs into 25-year leases so buyers do not pay upfront. The CEC estimates solar systems add $40 per more in monthly mortgage payment but save about $80 on electricity bills each month.

That all means builders are going to treat solar as an essential amenity, says Vikram Aggarwal the CEO of the home energy marketplace EnergySage. He anticipates homebuilders will soon give buyers the options of upgrading anyone with the latest in solar and battery storage just like they would with a top-of-the-line kitchen. “With this mandate, solar is just like any other appliance,” says Aggarwal. “You may upgrade it…and give homeowners the opportunity to customise it.” Most younger home buyers are willing to pay up to 3% more for homes that save them on utility bills, and 50% of buyers say an energy-efficient home is a top priority.

The home solar installer SunRun says it has contracted or started conversations with half of the top ten homebuilders in California, and announced a partnership with Citadel Roofing & Solar to provide California builders a single source to procure roofing, solar systems, installation, and financing. Batteries are probably next. SunRun has seen more buyers opting to pair solar with battery storage, and California’s regulations allow builders to reduce the size of solar arrays by 25% or more if storage is attached.

When the codes were passed in 2018, Bob Raymer, a senior engineer for the California Building Industry Association, predicted the codes could become a template for the rest of the country. “This adoption of these standards represents a quantum leap,” he said in the New York Times. “You can bet every state will be watching to see what happens.”

And other states are starting to follow California’s lead. Massachusetts, which aims to cut carbon emissions 80% below 1990 levels by 2050, is considering a mandate for solar panels on most new construction, effectively doubling the state’s solar capacity. California’s new building codes were cited as inspiration. Plenty more may follow as eight states (and the District of Columbia and Puerto Rico) are targeting 100% renewable or carbon-free electricity by 2050.

The more often solar panels come installed with new homes, the more homeowners will expect them as part of the deal: washer, dryer, a stainless-steel gas range, and oh, in what style would you like your solar roof?